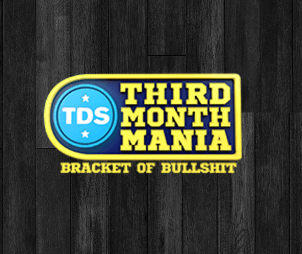 The post I wrote yesterday about Trump’s lies was originally going to be the introduction to today’s post. However, as you saw, it got rather long! So, it became a post on it’s own. Now I’m pretty much out of words to introduce the final of Third Month Mania: Bullshit Bracket.

This competition is The Daily Show‘s annual version of March Madness. Last year they gave the explanation that Third Month Mania was the closest they could come to March Madness without getting into legal jeopardy.

For the final match up, The Daily Show put out this video with the regular Third Month Mania hosts Roy Wood Jr and Michael Kosta,

Bracket of Bullshit Final: Trump Conference vs Everyone Else Conference

This is where I do a bit of preening! I called it! I picked the correct finalists from the semis! Here they are:

If it were possible I would like the two finalists to be Biggest Inauguration Crowd Ever and Very Fine People on Both Sides. However, the US Liar-In-Chief can only have one piece of bullshit in the final. The Everyone Else conference has to have a chance. That’s the way it works of course.

As I’m sure you can guess, my choice was Very Fine People on Both Sides. This was an issue I wrote two posts about (here and here). It also got a bit of commentary in several other posts, including earlier Third Month Mania posts.

As I’ve said before, I still think that the bullshit it beat in the semi – Biggest Inauguration Crowd Ever – was the biggest bullshit. However, Very Fine People On Both Sides is more consequential. 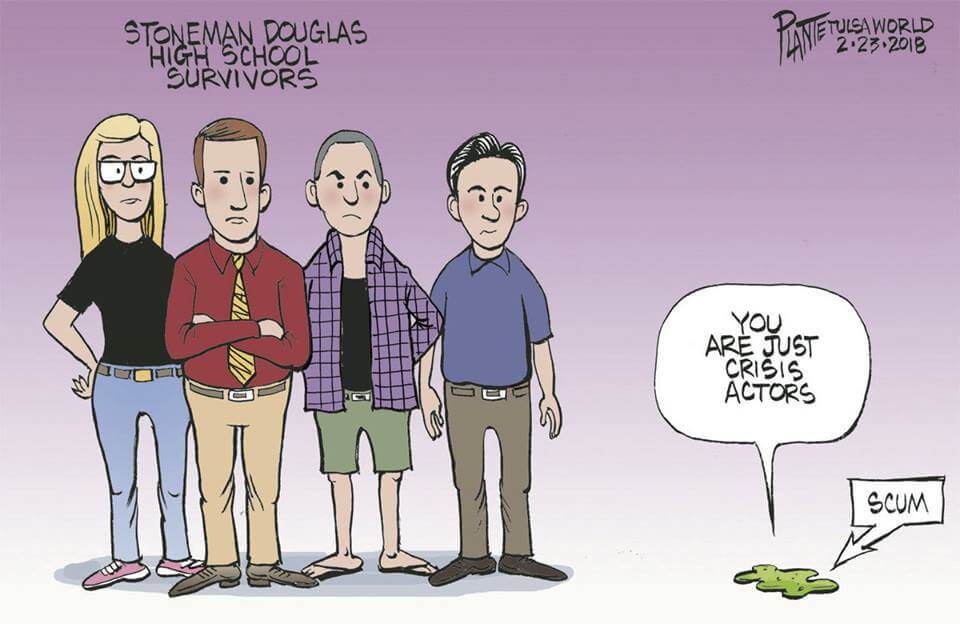 I’ve posted the cartoon on the right before. From the beginning I’ve made clear that I don’t think the Parkland “Crisis Actors” Conspiracy is really worthy. As the cartoon states, the people who said that are just scum. The good thing about including their bullshit in a competition like this is the mockery their ridiculous claim gets. However, the bullshit itself is so pathetic it doesn’t rise to the level of many of the other items of bullshit in the competition.

Go here to place your vote. Did I get it right? Will Fine People On Both Sides take out the title, or will the Parkland “Crisis Actors” Conspiracy get the votes? Let me and the other readers know in the comments.