I thought I should include a page that included an explanation of the meaning of the Māori words Auē a Tau Kē. Māori, of course, is the language of the native people of New Zealand. Although there are some minor regional variations, the Māori settled the whole country pretty much simultaneously around 1300 CE, and Māori is the same over the whole country.

Below is a reproduction of the initial post introducing Auē a Tau Kē. 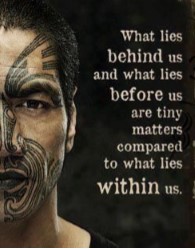 The ta moko (face tattoo) has no relevance in the context of this post, though it does to the person wearing it. It just happens to be a Māori design on a Māori face next to a saying I like, because I like having pictures accompanying my posts.

Worries and Winners of the Week (again!).

You may remember I wanted to name this segment of my website in Māori in recognition that I’m a proud New Zealander. I came up with some words a few weeks ago, but wanted to check that I’d got it right before I used them. So I e-mailed a cousin who speaks Māori fluently and often, including for his job.

A couple of weeks ago we finally caught up in the midst of his globe-trotting. It turns out I could have used the words I was going to, but he came up with some better ones that rhyme, so I’m going with those instead.

Auē: (oh-air) alas, for goodness sake, oh dear. It’s often accompanied by a rolling of the eyes, or a good old face palm.

So from now on, we’ll have:
Auē Tēnei Wiki and Tau Kē Tēnei Wiki, collectively known as Auē a Tau Kē.

Kia Ora (thank you) Richard for your help with this. I appreciate it very much.

If you want to know more about Māori language pronunciation, check out MāoriLanguage.net.