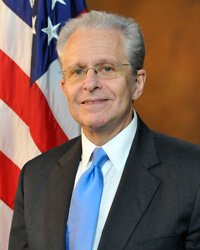 Laurence Tribe is someone I’ve respected and followed for some time. So, when I saw he’d given an opinion in the Washington Post: ‘Trump’s lawyers shouldn’t be allowed to use bogus legal arguments on impeachment‘. It’s mainly in relation to the argument Alan Dershowitz is making in opposition to President Trump’s impeachment.

I’m obviously no scholar of the US Constitution. It’s not exactly a Need To Know document when you’re a New Zealander. However, over the years I believe I’ve picked a few things up.

More importantly, recently I’ve been listening to, and reading, some of the arguments. My conclusion is that Dershowitz is wrong. I do worry though, that my long-term opinion that Trump is unfit for any leadership role is influencing me.

Before we get to the disagreement between Tribe and Dershowitz, we need to know the argument Trump’s legal team are presenting in support of the president. As described by Tribe in the Washington Post article:

The president’s lawyers have made the sweeping assertion that the articles of impeachment against President Trump must be dismissed because they fail to allege that he committed a crime — and are, therefore, as they said in a filing with the Senate, “constitutionally invalid on their face.”

Tribe has this to say about their argument:

… these arguments are baseless. Senators weighing the articles of impeachment shouldn’t think that they offer an excuse for not performing their constitutional duty.

The argument that only criminal offenses are impeachable has died a thousand deaths in the writings of all the experts on the subject, but it staggers on like a vengeful zombie. In fact, there is no evidence that the phrase “high Crimes and Misdemeanors” was understood in the 1780s to mean indictable crimes.

On the contrary, with virtually no federal criminal law in place when the Constitution was written in 1787, any such understanding would have been inconceivable. Moreover, on July 20, 1787, Edmund Randolph, Virginia’s governor, urged the inclusion of an impeachment power specifically because the “Executive will have great opportunitys [sic] of abusing his power.” Even more famously, Alexander Hamilton in Federalist 65 defined “high crimes and misdemeanors” as “those offenses which proceed from the misconduct of public men, or, in other words, from the abuse or violation of some public trust.”

Any number of such violations of the public trust — such as working with foreign governments in ways that make the president beholden to their leaders, or cooperating with those governments to bolster the president’s reelection — clearly must be impeachable even though they might violate no criminal law and indeed no federal statute at all. 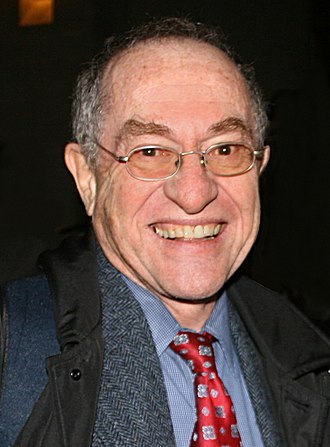 My understanding of Alan Dershowitz’s argument is that it has two prongs.

Firstly, he appears to consider that proving abuse of power is irrelevant. Now that he’s a Trump lackey, his opinion mirrors Trump’s i.e. it’s impossible for Trump to abuse power because, as president, he can do whatever he likes. He appears to base this on the “fact” that a sitting president cannot face indictment. (This “fact” appears never to have been tested, is not part of the constitution, and has no precedent.)

The other is that obstructing Congress is not an impeachable offence. To me, that’s an admission that Trump did obstruct Congress. Again Dershowitz seems to be relying on his opinion that Trump can do whatever he wants simply because he’s president.

Tribe has just as much difficulty making sense of Dershowitz’s argument. He has this to say:

The related suggestion that, even if some noncriminal offenses might be impeachable, “abuse of power” is not among them is particularly strange. No serious constitutional scholar has ever agreed with it. The suggestion turns the impeachment power on its head.

One of the great things about Tribe is his eloquence in the face of a non-expert audience. Indeed it’s a feature of all the best experts: they’re able to discuss their field in a way we can all understand. The basis of Tribe’s argument, in his words (there’s more in the Washington Post article):

The logic of impeachment as applied to the presidency is that the president has unique authority conferred by Article II. If he abuses that authority for personal advantage, financial or political, he injures the country as a whole. That is precisely why the framers rejected the idea of relying solely on an election to remove an abusive president from office. Indeed, waiting for the next election is an option that is obviously insufficient when the abuse of power is directed at cheating in that very election.

Justice Joseph Story wrote in 1833 that there are “many” impeachable offenses, none of which is “alluded to in our statute book,” because the abuses of power that constitute “political offences” are “of so various and complex a character, so utterly incapable of being defined, or classified, that the task” of enumerating them all through “positive legislation would be impracticable.”

Dershowitz Takes a Leaf from Trump’s Book of Tricks (i.e. He Lies)

As if to match one great justice with another, Dershowitz on Sunday cited Justice Benjamin Curtis, a dissenter from the infamous Dred Scott decision. Curtis, after stepping down from the court, represented President Andrew Johnson in the 1868 impeachment trial and, Dershowitz claimed, prevailed by insisting that abuse of power is not an impeachable offense.

That is false. They actually lost a Senate majority … only because one senator appears to have been bribed to vote for the president. And, so far as the arguments themselves were concerned, Dershowitz is also misrepresenting. The fact is that Curtis, in his opening statement representing the president, and Attorney General Henry Stanbery, in his closing statement, insisted both that Johnson had broken no valid law and that he had not abused his presidential powers in any way.

Tribe then outlines the arguments made in the Johnson case.

Tribe says, “The president is entitled to robust legal representation.”

No reasonable person can, or should, disagree with that. Dershowitz himself has a client list that includes some high profile baddies. We should not hold that against him. Everyone should get the best legal representation possible, regardless of the circumstances.

However, as Tribe goes on to say, “But his lawyers should not be allowed to use bogus legal arguments to mislead the American public or the senators weighing his fate.”

Just What is up with Dershowitz

In recent years I’ve come to wonder if Trump doesn’t have something he’s holding over Dershowitz. I began saying that at the time the Epstein case came up again. Dershowitz was part of the legal team that gave him such a sweetheart deal, and was friends with Epstein.

Dershowitz is trying to make the point that his current opinion in relation to impeachment has undergone no change. However, as CNN is showing with video from previous impeachment trials, Dershowitz is taking a different position than he has in the past. Showing these videos to Dershowitz changes nothing in him; he doubles down. But the change is obvious to anyone. Trump’s actions are not defensible according to Dershowitz’s previous criteria. In fact, in the past he took basically the same position as Tribe.

Dershowitz also going to great lengths to state he’s still a liberal in his beliefs, and his position on Trump is one of principle. To me, that’s a sign that I’m not the only one wondering if there’s more to this than meets the eye.

To me, he even looks uncomfortable when talking about the issue.

Like some other people in Trump’s orbit, he seems to have lost the plot at bit. Small errors that someone like him would normally never make are happening. Tribe himself pointed one out during a Twitter battle between the two:

Oh for g-d’s sake, @AlanDersh, you’ve gotta be kidding! I’m not trying to “sensor” — or censor — anyone. Have you even lost the ability to get a figure of speech? Go ahead and keep talking. The more you say, the weaker your pretense to speak as Counsel for the Constitution gets. https://t.co/KAbJv50j8r

Counsel for the Constitution

Another sign (to me at least) is that Dershowitz is trying to distance himself as much as possible from the rest of Trump’s legal team. He is insisting that he’s not really a part of it, and that he’s actually Counsel for the Constitution, not Trump. CNN Legal Advisor Jeffrey Toobin is a former student of Dershowitz. He thinks that Dershowitz is, “trying to have it both ways.” I can only agree.

I think this shows Dershowitz knows what he’s saying isn’t correct, and that there’s some other reason for taking this stance. He knows Trump isn’t fit to be president in any way. For some reason he’s arguing the opposite, and we can only speculate why.

New CNN Poll: 51% Want the Senate to Vote Trump Out of Office

I’m running out of time, so I’m going to be lazy and just copy this from the CNN website. If you go to the link you’ll be able to get more information:

Nearly seven in 10 (69%) say that upcoming trial should feature testimony from new witnesses who did not testify in the House impeachment inquiry. And as Democrats in the Senate seek to persuade at least four Republican senators to join them on votes over allowing witnesses in the trial, the Republican rank and file are divided on the question: 48% say they want new witnesses, while 44% say they do not.

I’m going to post this now as my body has reached the end of its tether. I’ll fix all the errors, including style and sentence structure errors, tomorrow. I’ll probably add more to the post too. Please feel free to let me know of any errors as I know there are a lot and I doubt I’ll pick them all up.

Another Note to Readers

Okay, it wasn’t “tomorrow”, but the next day. The impeachment trial is ongoing now. McConnell has made a minor adjustment to the rules, meaning arguments can be made over three days instead of two. Reportedly, the change came after vociferous complaints from his own caucus. Still, it’s not long enough, and senators will be sitting into the wee hours for several days in a row.