On Charlottesville and Freedom of Speech 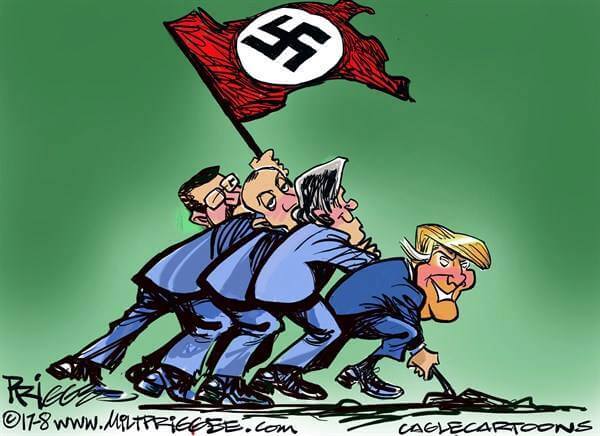 As I said in my post on Charlottesville, the destruction of a statue is one I don’t agree with. I think that has a lot to do with my education in history, and perhaps also a general dislike for that sort of action. I suspect everyone here would agree with me that the burning of any book is wrong, and that’s what I equate it with. Also, to me its getting rid of a symptom, not the cause. I think all it does is drive the issue underground and doesn’t sole anything.

My knowledge of history isn’t, of course, universal, and US history is an area where my knowledge isn’t good. Although I know the basics, until reader “Historian” brought it up in a comment on my first post on Charlottesville, I didn’t know about The Lost Cause. (It was he who provided the link.) I also didn’t know that the erection of many of the statues was in rejection of Civil Rights rather than a commemoration of the war, which does make a difference. It is an issue that many of the statues were part of a reaction to a country that, at a federal level at least, was rejecting its racist past. 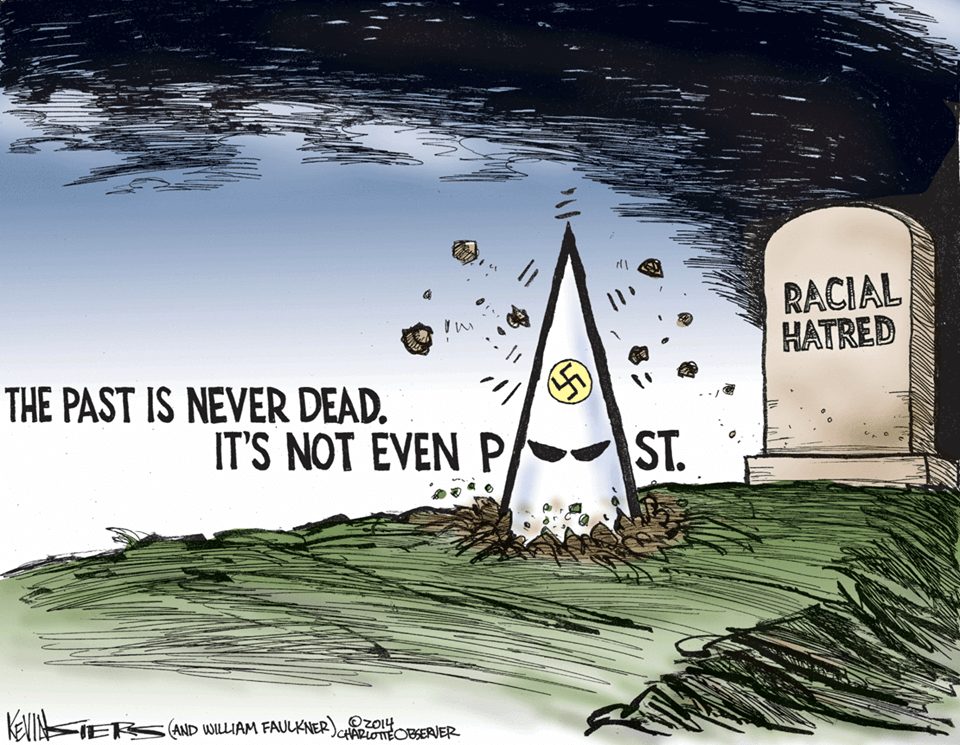 At the moment, many of the statues are a representation of what is wrong with parts of the US in regards to racism. The victors write history and for decades in the South, that was the white supremacists. Now, things are finally starting to come right. States are removing confederate flags from government buildings, for example, which is the right thing to do.

However, I would like to see a different response to the statues. My preference would be the erection of statues to appropriate local or national heroes in the fight for Civil Rights alongside the monuments to Civil War icons. There are plenty to choose from, but I suspect that many in the South couldn’t name them. Their lists would dwindle pretty quickly after the names of Martin Luther King Jr, Rosa Parks, and Frederick Douglas.

I think the erection of statues to Civil Rights heroes nearby Civil War heroes would be a better lesson for the future. Coming generations would see history advancing. It may be cathartic for some to destroy a statue today, but I’m not sure the action would have lasting value. For example, there are millions of people who have been abused by one church or another. What if they got together and went around destroying religious buildings or statues? I think a statue of Rosa Parks next to one of General Lee would be a better lesson. It would show how such people are finally taking their right and proper place as worthy of veneration by all.

One day, hopefully, hatred based on race (or anything else!) will be a thing of the past. Its previous existence will be a curiosity rather than trauma it is now for so many. That’s why I’d like to see the statues remain – so people in coming years can see that there was a time when the hate was there, but it was overcome. The new monuments alongside the old would represent that visually. Also, in most places, what has made the statues a problem is that white supremacist hate groups have adopted them as a cause. I’ll get back to that below. 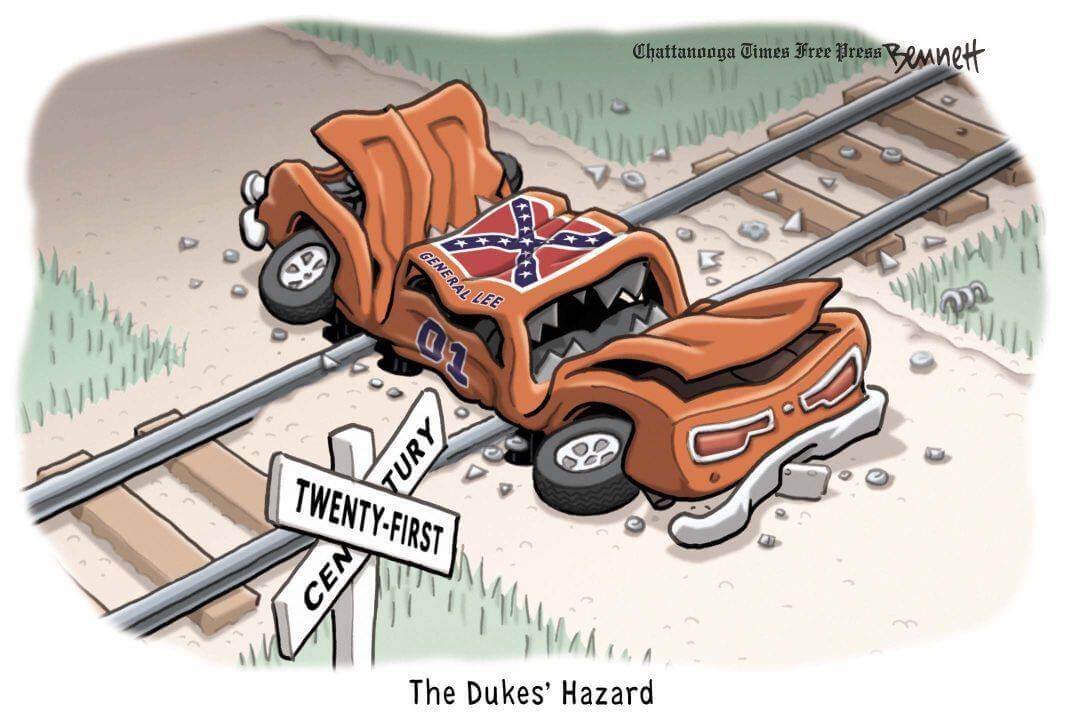 Many are equating the Civil War statues with statues of Hitler. I’m not sure that’s a valid comparison. For a start, as far as I know there never were many, if any, statues of Hitler. There were pictures, but other than that it was mostly symbols, especially the swastika. Following the downfall of the Third Reich there was a mass removal of Nazi symbols from public display in Germany. That was right and proper. The swastika was the symbol of a political party. Of course it has come to represent more than that because of the terror done under it, but at its core, that’s what it was. I equate its removal with that of the confederate flag.

The worst of the Nazi’s many atrocities was to murder millions, especially Jews, in concentration camps. However, those camps are not all gone. Some are still there to remind us of the horror. Everyone I know who has had the chance to visit a former concentration camp speaks of the deep emotional impact it had. And most of those I know had no relatives caught up in the savagery. I expect it’s even worse for those whose family members were amongst those who suffered. To raze Auschwitz-Birkenau to the ground would, I hope you agree, be the wrong thing to do. As it says on the website of the camp:

There is no way to understand postwar Europe and the world without an in-depth confrontation between our idea of mankind and the remains of Auschwitz.

One of the many horrifying things Donald Trump said was that at the protest the night before the violent clashes, there were “good people” there just to protest the removal of a statue. 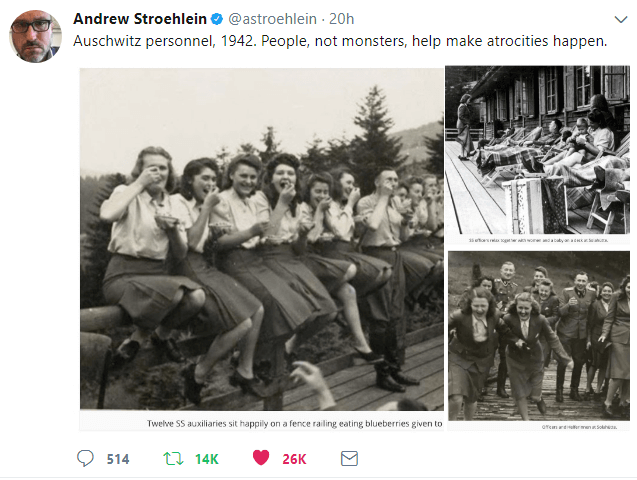 The “good people” at Auschwitz-Birkenau in 1942.

I reject that entirely. The white supremacists adopted the cause early on. The list of speakers they arranged to speak at the rally, which I posted here, shows that almost from the start it was about much more than the statue. It was a “Unite the Right” rally, and people came from all over the country to attend it with that understanding. 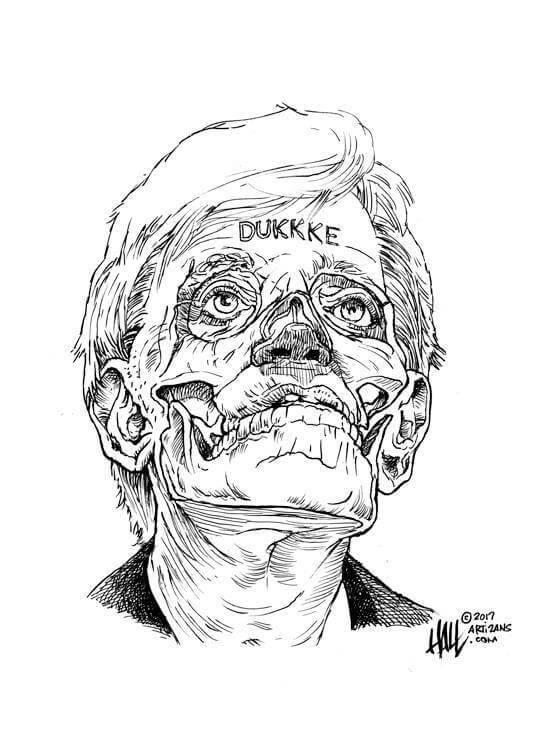 Of course, an innocent person could have turned up not knowing the plan. However, I know that if I had gone to the rally to protest as a supporter of history, and found my cause was now that of skinheads, neo-Nazis, fascists, and other white supremacists, I would have gone straight home. Whatever the cause, I would not not ally myself with people like Richard Spencer and David Duke. That the Nazi emblem, the Confederate flag, and other white supremacist symbols were being carried alongside the flag of my country – that would turn my stomach. There were no good people marching that night. Each and every one was at the very least prepared to tolerate racists and racist attitudes.

It should be noted too that at no point were the “Unite the Right” protestors chanting about protecting the statue. Among their chants were, “Jews will not replace us,” and “blood and soil”. I cannot see how those relate to the protection of a statue of General Robert E Lee in any way. The Independent Journal Review notes that Elle Reeve, the reporter in the documentary below, was asked about the motives of the protestors on CBS‘s ‘Face the Nation’. She said:

Once they started marching, they didn’t talk about Robert E. Lee being a brilliant military tactician, they chanted about Jews. They wanted to be menacing, it’s not an accident.

The “Unite the Right” Protesters at Charlottesville

Check out this excellent short documentary from Vice News. (If you don’t have time to watch the full 22 minute video right now, just watch the interview with Christopher Cantwell from about 19:05.)

When he’s not surrounded by his bully-boys, Cantwell exposes himself for the coward he really is.

We were alerted that white supremacist Chris Cantwell was on OkCupid. Within 10 minutes we banned him for life.

A Note on Freedom of Speech 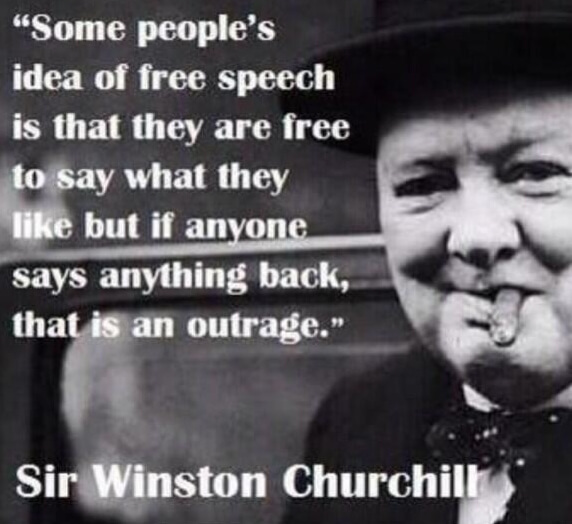 The message of the white supremacists is repugnant, but we must allow them to voice it. Driving such talk underground is not the way to stop it. Countering it with the reasons why they are wrong is the way forward.

Some of the arguments that white supremacists proffer may sound good to people who don’t have the capacity to work out it’s wrong themselves, or don’t access to accurate facts. Further, forbidding what they say leads to belief in conspiracy theories. In the Vice News documentary, one of the things Richard Spencer says is that people want to shut him and his supporters up because they know they (Spencer’s supporters) are right.

I suspect there are more people in Germany who believe that the Holocaust never happened than in the US, New Zealand, Canada, or Great Britain for example. Why? Because in Germany denial of the Holocaust is a crime. Thus, people want to know why denying it would be illegal. The original reason was, of course, to suppress Nazi sympathies immediately following World War II. But most of the original Nazis are dead now, and that reason is not valid any longer in my opinion. Now, some young people are listening to those who tell them conspiracy theories in relation to denial of the Holocaust. In the absence of open dialogue, there’s no one countering the lies. Thus they believe those who whisper in their ears that there was no Holocaust.

It’s the same with the ideas of white supremacists. Many of them, for example, believe that white people are more intelligent than those who aren’t. White supremacists say no one can talk about it because it’s not “politically correct”. Forbidding people from talking about it publicly means no one’s countering the lies with the truth in the public forum. It’s better for some idiot to be able to say such things, then show that they’re wrong.

Make no mistake – what the white supremacists are saying is hate speech. The mere fact that it is hate speech is not reason enough to ban it though. The way to stop the perpetuation of hate and ignorance by these people is to make sure everyone knows they’re wrong. More and more people are realizing that. Once upon a time racism was common. The Ku Klux Klan could parade through the streets of the South to cheers of support. Now their attitudes belong to only a very few on the margins of society. The majority support those who take part in counter protests, and the counter protestors are far larger in number. 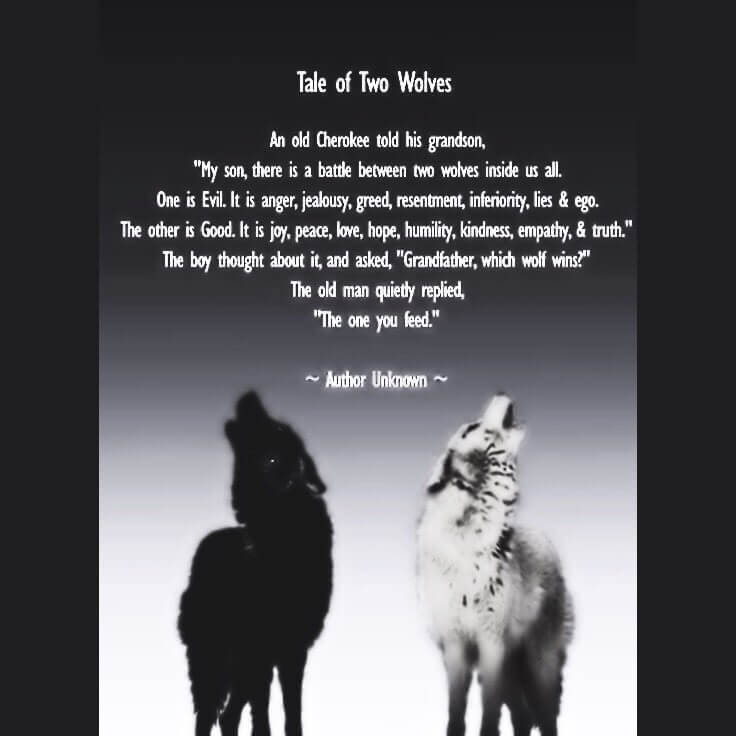