Reza Aslan in the Media 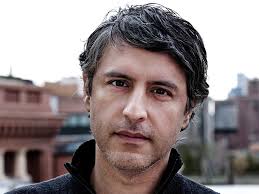 It’s been a while since I mentioned Reza Aslan. For myself, I don’t know whether he’s duplicitous, whether he really believes what he says, or whether there’s another explanation. I do know that much of what he says is inaccurate. It’s been fifteen months since I posted Reza Aslan: Lying for Islam on FGM, and it still gets hits every day. Three other posts I wrote around the same time about Reza Aslan still get attention too:

Aslan’s representation of his academic qualifications is something that other bloggers have talked about at length too. Personally, I’ve ignored it. To me, that’s getting a bit petty. He exposes himself when he feels the need to go on about his qualifications. However, there’s no doubt he’s educated and intelligent, and not having a recognized qualification in a particular area doesn’t necessarily disqualify him from talking or writing about a subject.

The reason I’m bringing him up again is that the David Pakman Show released the video below on 11 January. It’s called Reza Aslan Cannot Be Trusted. It covers much of the same ground other bloggers and I have covered before, and brings it all together in a 25:45 video.

In the US, Aslan is frequently the “Muslim of Choice” when commentary is needed on anything related to Islam. He’s good looking, intelligent, and sounds authoritative – ideal for the TV. The problem is he’s pretty good at Lying for Mohammed, whether through ignorance, duplicity, fear, or some other reason. The inaccurate information he presents is accepted as true by the audience, and repeated as such. This leads to an ill-informed audience repeating what he says under the assumption he is a thoroughly vetted expert.

I consider that potentially dangerous. There is currently an environment of religious tension in relation to Islam, and that makes it particularly important that people are debating the facts. Oftentimes, they’re instead debating Aslan’s talking points as if they’re facts.