Are Guns in Schools a Good Idea? (plus Tweets) 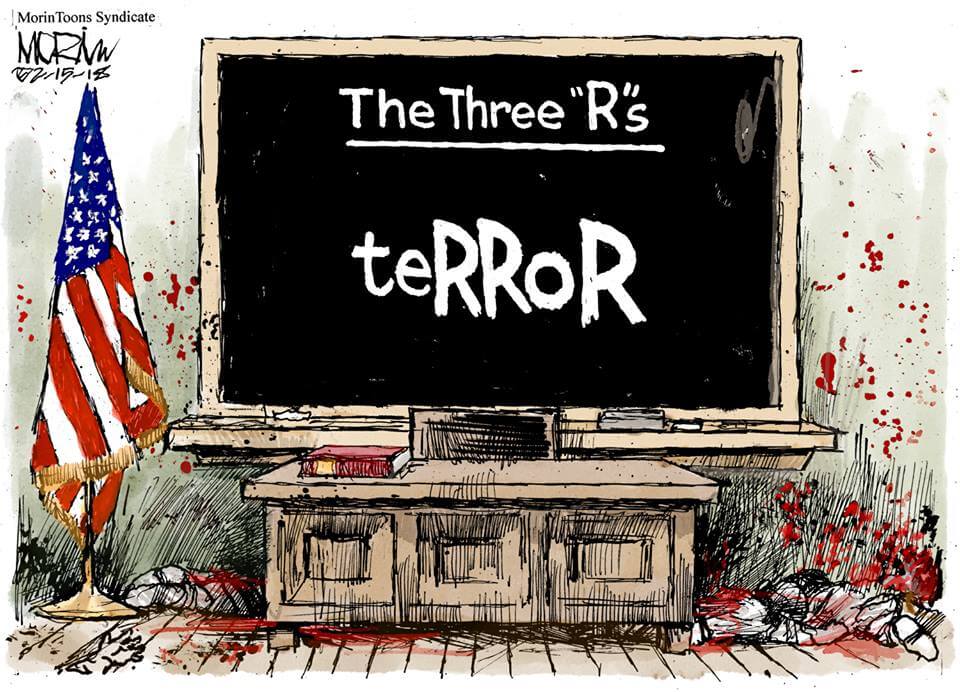 The tweets of President Trump, the NRA, and many others are once again saying that what schools need is armed guards. Stoneman Douglas High School had a “Resource Officer.” He did nothing during the massacre. He was seen standing outside while there was firing going in inside. His job was to intervene in such situations. He did not.

He has apparently resigned.

This is the problem with these positions. No one knows how they will react in an active shooter situation until it occurs. No amount of training can fix that, although it can help of course. A teacher from Stoneman Douglas was speaking on CNN on Thursday evening (US time). She voted for Trump, is a strong 2nd Amendment supporter, and thought that teachers with guns might be a good thing before the tragedy last week. This experience changed her mind. Staff from Columbine and Sandy Hook were on the show too, and felt the same. They also commented that in an emergency, they would be too busy ensuring the physical and emotional well-being of their students to also consider chasing down a shooter.

The Stoneman Douglas teacher realized that if she’d had a gun that, among other things, the risk of accidentally shooting a student in the mayhem was a real possibility. 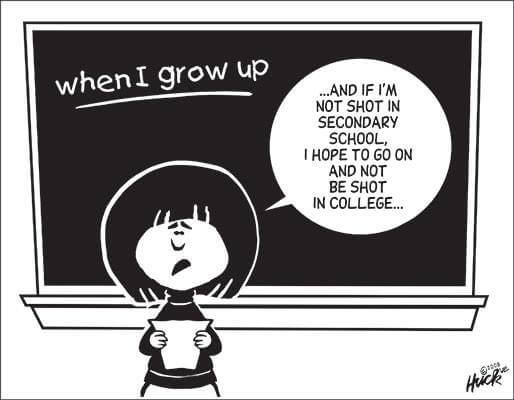 All the school staff also thought that it was inevitable that children would get hold of the guns in classrooms, no matter how securely they were held. That, of course, is a recipe for disaster.

Even the best trained experts get it wrong. The incident in front of the Empire State Building in 2012 where NINE bystanders were shot by Police before they shot the suspect is a good example. In another, two women were shot before police got their man – with a taser.

It began as just another bizarre scene in the Times Square area, a disoriented man lurching amid traffic, seemingly throwing himself into the path of oncoming cars.

The police arrived and the crowd grew. The hulking man continued on, ignoring the officers’ commands while eluding capture. Then the man reached into his pants pocket, withdrawing his hand as if it were a gun, the police said, and pretended to shoot at some of the officers.

Two officers opened fire, discharging a total of three bullets. They missed the man, but struck two women nearby, including one who had been leaning against her walker; the bullet wound to her leg sent her tumbling to the ground. Other officers rushed toward the suspect; a sergeant used a Taser on the man, and he was quickly subdued.

The New York Police are well trained, experienced, and have been in such situations multiple times. This is but two examples of multiple situations where they got it wrong. How would it be for school staff being expected to suddenly step up in an emergency?

Many in the US seem to have a fantasy that they will be the hero in a situation where they shoot a gun-wielding killer with their concealed weapon. They project this fantasy onto others and think gun-wielding teachers is a great idea. The reality is the most likely scenario is actually that the fantasy hero will be one of the first to be killed. The killer already has his gun out. As soon as he (it’s almost always a he) sees someone reaching for a concealed weapon, he will turn his gun on the fantasy hero. The fantasy hero will be shot before they have a chance to raise their weapon. 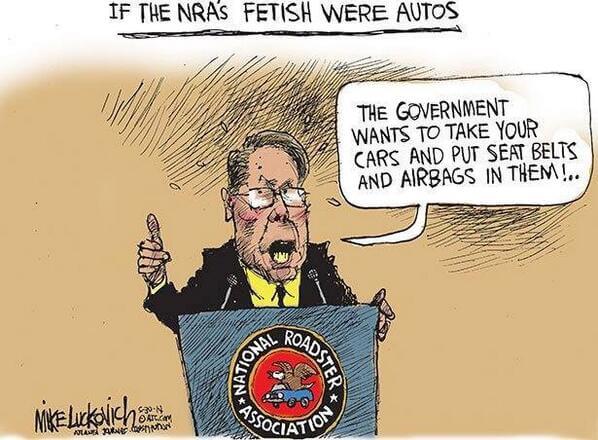 Wayne La Pierre, the NRA’s top lawyer, spoke at CPAC this week. He was advocating guns in schools. Again. You can imagine the sales that will arise from that – it would be a huge money spinner for the weapons industry. His logic was that if armed protection is so bad, it should be taken from the White House, government, and Hollywood. As always, that’s too simplistic.

There are things that can and should be done to make schools harder targets, and some schools have done them. Metal detectors are in many inner-city schools in the US. There are ways to design schools to make them safer too, even in wide open parts of the country.

Identifying people who have the potential to carry out such acts and getting them the help they need before it’s too late is also important. By all accounts, everyone has known the Parkland killer had issues for a long time – everyone except the people who had taken him in. That’s an appalling situation, and shouldn’t have happened.

But do children really need to live with the knowledge that some of their teachers may be carrying a gun? Or that the locked box in the corner of their classroom has a killing machine inside? Children should feel safe in their school, and that doesn’t just mean physically safe. There are stories that young children playing pretend games where they shoot each other are suspended from school, but now some want to tell them it’s okay for their teacher to have a gun?

In my opinion there are only two reasons that the NRA is supporting guns in schools.

1. It will make money for those that are really supporting them – the weapons industry.
2. Getting government to focus on that will mean no changes to any other gun regulations – things which would be far more effective at addressing the issue. (I suggested some in my post on 19 February 2018.) 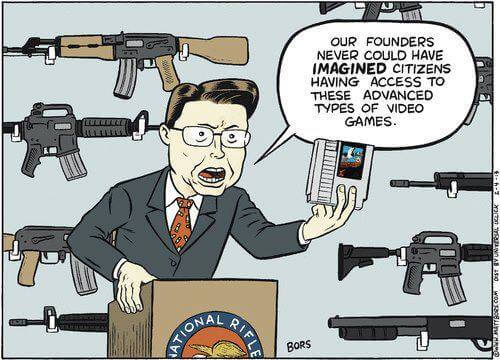 I just need to say too that I’m sick of people suggesting that the problem isn’t guns. Instead, they say, the real problem is mental health, movies, video games, and lack of respect for religion. However, in other Western countries we have similar levels of mental health, we watch the same movies, play the same video games, and most of us have much less respect for religion than in the US. The difference between the US and the rest of the world is the easy access to guns.

Yes, your constitution (according to your Supreme Court since 2006) guarantees you the right to own a gun. However, that doesn’t mean reasonable limits cannot be put on that right. You have the right to vote too, but only once per election, and convicted criminals lose that right. (In fact don’t you take that right away forever in some states following a criminal conviction?) You have the right to freedom of speech, but not to shout fire in a crowded theatre. 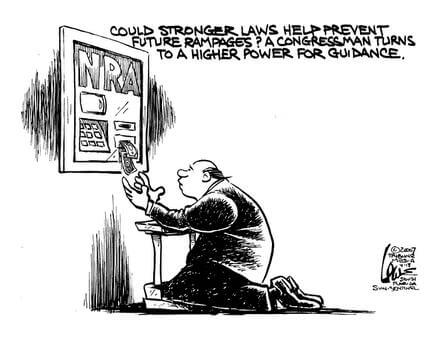 It is perfectly reasonable to place limits on rights for the sake of one’s fellow citizens, and most USians agree more needs to be done to keep guns away from those who misuse them. It seems the main reason many politicians don’t do anything about it is the amount of money they get from the gun lobby, and the influence of gun lobby advertising on voters.

Now that we’ve established that @realDonaldTrump is an idiot, arming teachers is insane and the @NRA runs the @GOP

I think I have an idea…

There aren’t many tweets today I’m sorry. I ran out of time.

When Americans treat other Americans as their greatest enemy, it’s an open invitation to foreign influence ops. https://t.co/Lm6xc7D7f1

Just for fun, a predictive tweet. I think Trump did illegal stuff in relation to his business. I doubt that he personally engaged in collusion, though I think his campaign did and he was probably aware of it. It will not surprise me if he gets away with all the criminal stuff, perhaps in exchange for resigning the presidency. But then Pence would be president, and that has the potential to be worse domestically, though it will be better for the rest of the world because Pence is at least stable.

First an update. You may remember that my last post included a tweet from Dinesh D’Souza where his was displaying his complete assholery. The wonderful Pliny the Inbetween has done a cartoon that says it all really: 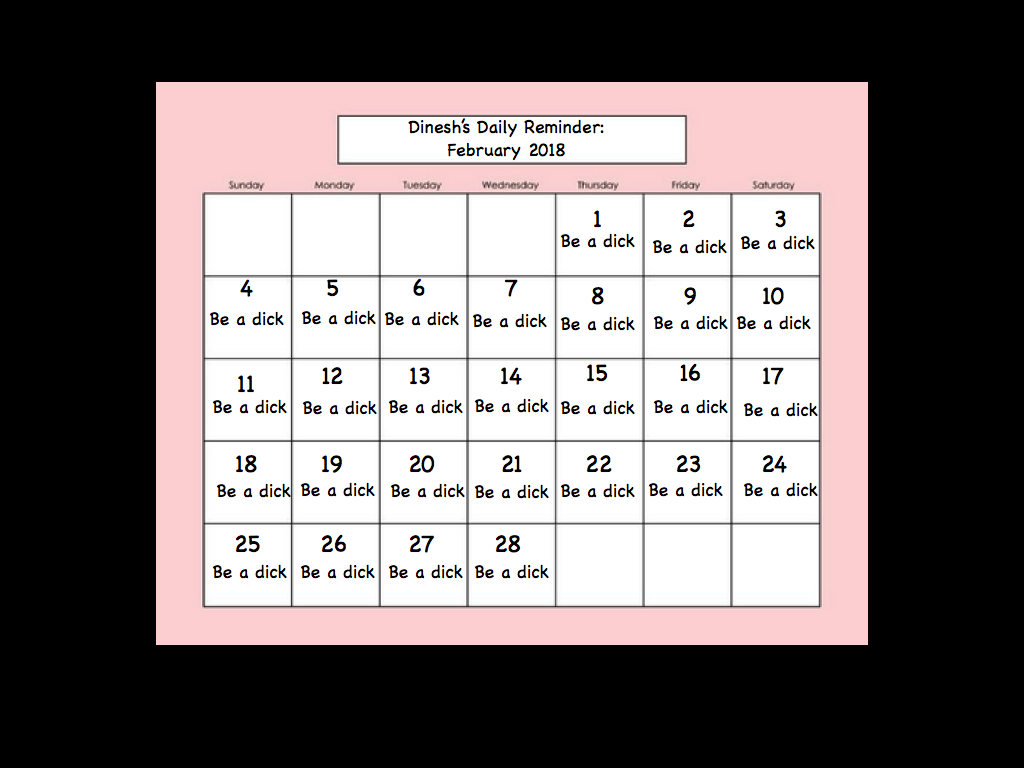 This is a question I keep asking myself.

Ted Nugent is a paedophile and draft dodger (rather than a principled conscientious objector). Wayne La Pierre is probably a murderer. These are the sort of people the NRA has on its board. As for that conspiracy theory that Nugent is promoting, you know who else liked similar tweets? Donald Trump Jr.
(Via Ann German.)

Ted Nugent who became the guardian of a teen so he could have sex with her is now pushing #NRA conspiracy https://t.co/URBFJR2Guh?amp=1

This seems to be how many interpret the 2nd Amendment.
(Via Ann German.)

This is excellent.
(Via Ann German.)

Watching Wayne LaPierre run scared from kids and claim the backing of 5 million members reminded me of this bit of brilliance from @AliVelshi, in which he laid bare how NRA “membership” really works. pic.twitter.com/ywieYm2gwE

This video could equally be in the Gun Safety Tweets section. I thought I’d heard all the crazy theories, but I underestimated the extent of the religious delusions of some. You will not believe what you are hearing in the video in this tweet.

I thought I’d heard it all. I was wrong. You will not believe the explanation these Christian extremists have come up with for the #Parkland killings.

I follow the Atheist Pig on Tumblr, but I almost never look at Tumblr, so it took Linda Calhoun to alert me to this. Of course, I had to re-post it on Twitter.

A friend of mine from high school posted this on Facebook. Isn’t it a cool gadget?!

Get them while they’re young and anything can be friends …

A strange and surprising couple of friends…???????????? pic.twitter.com/Igb8XnrISP

Just in case if you’re having a bad day, watch this pic.twitter.com/AptwZHVD2D

This cat burglar made me LOL!