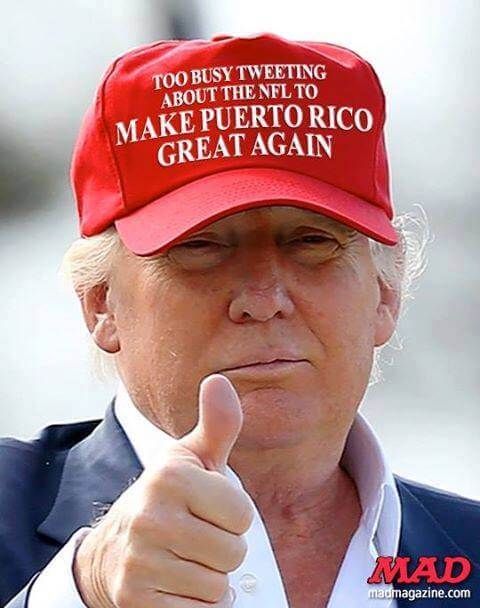 Naturally, there are still a lot of tweets about Las Vegas dominating Twitter.

In New Zealand, it’s the ‘Breakfast’ news show topping the list. I have no idea why as I don’t watch TV in the mornings.

One of our politicians, Winston Peters, is also getting a lot of mentions. I don’t want to check out why as I can’t stand the man. He’s the leader of a small political party called NZ First. They did try and get NZ’s blasphemy law off the books at one stage. That would obviously be a good thing. But, that wasn’t Winston and small parties make all sorts of promises they know they can’t keep.

Winston Peters will probably be our next deputy prime minister. That’s because whichever of the two main parties he forms a coalition with will lead our next government. That’s why everyone’s noticing him at the moment. Usually it’s because he’s said or dome something outrageous. I’m happy to wait until tonight’s 6 o’clock news to find out what’s happening. The chances are it’s just Winston being a showman.

When it came to Puerto Rico though, he was much more dismissive. He posted around five times more about the NFL protest than Puerto Rico. And, he complained about Puerto Rico blowing his budget and how much money they owe.

Further, this man, who never misses an opportunity to express his disgust at Islamist terrorists, doesn’t seem too angry, in comparison, about this white shooter. It’s similar to his reaction to Charlottesville, where he talked about there being “good people” amongst the white supremacists.

I’m sure Trump doesn’t see anything wrong with his reactions. Certainly there are plenty who make excuses for him. As someone who seems entirely unable to read body language himself, he doesn’t realize how he comes across.

It’s true that it’s much more difficult to get help to an island, so an initial delay was inevitable. I also think those on the ground are doing their best. However, the reaction of Trump makes it seem like the situation in Puerto Rico isn’t a big deal and the people don’t need help. Oxfam are critical of the response in Puerto Rico. They usually don’t assist in disasters in First World countries, but they will be going there.

.@POTUS handed out flashlights to Puerto Ricans, joking “you don’t need them anymore.”
94% of the island is without power. pic.twitter.com/7wb0UmmgtQ

The “Let them eat cake” quote from Marie Antoinette was one of the first things that came to my mind in the paper-towel-tossing episode. I clearly wasn’t the only one.

“Mis-communicator-in-Chief” is a good title for him. It’s a result of his complete lack of empathy.

‘We’ve lost our sense of what is purely outrageous coming from this president anymore’ — Trump’s Puerto Rico trip has left people baffled pic.twitter.com/NpFyZXeRdA

Unlike most anti-Trump people, I’m happy to admit that some attacks on him re Puerto Rico were unfair. However, I think all the ones I’m bringing up are fair. Here’s the reaction of a local.

Here’s what one Puerto Rican said to me about Trump’s behaviour today: https://t.co/yQaeKlGThT pic.twitter.com/9ASzqyzcb6

Great speech from Rep John Lewis. (I wish he’d practiced it a bit first though. Having to read it like that spoils the rhythm. I bet whoever wrote it feels the same!)

‘How many more dead bodies will it take to wake up this Congress?’ – Rep. John Lewis pic.twitter.com/r7r5FG4cLz

A selection of my own tweets from today on this subject.

Nothing will change. The Gun Lobby holds all the cards. #LasVegas pic.twitter.com/eFNz4hjm0z

The US love affair with their guns. pic.twitter.com/47zLgwXuxY

Transgender women will be allowed enroll in 1 of the 3 female-only colleges at Cambridge University in the UK.

It saddens me that women in the richest and most powerful country in the history of the world still have to march for equality.

‘We won’t be silenced. We will constantly, constantly be in this administration’s face’ — The March for Black Women is taking on Washington pic.twitter.com/aGuj5dEkVL

Videos like this make you realize just how lucky you are to be born in the sort of country most of us were. Many of us might have had a rough time as kids in some way. Many of us still do. But it’s nothing like what these kids go through.

Imagine yourself as an orphaned child in a refugee camp. That’s the reality for some Rohingya children. pic.twitter.com/F2J0JYM25S

Tropical Storm Ramon may get stronger. The last thing the region needs at the moment! I wonder if mass prayers would help?

It’s about time the GOP caught up with the rest of the world when it comes to climate change. The US is such a big country that what they do damages all of us.

Here’s *even more* proof the “it’s jobs or the environment” talking point is BS pic.twitter.com/WzgIgy7uYx

I don’t know what section to put this in. I do know I want one!

Jerry Lee Lewis and Colonel Sanders! I love a good Zinger Burger. It’s a good thing the nearest KFC is around 1.5 hours away!

Jerry Lewis tearing up some chicken sitting next to Colonel Sanders, 1967. pic.twitter.com/eaaMJU9C8G

Wow! Amazing work! That’s a better way of covering that sexy naked hair than a hijab!

I’ve seen this story before – it’s been around a while. But it’s so lovely I want to post it.

John F. and Caroline Kennedy having a tea party pic.twitter.com/hdeiHRT8yG

I know this is serious stuff, but check out the haircuts!

U.S. Paratroopers, are briefed for the next day’s jump across the Rhine. Arras, France. 1945 pic.twitter.com/KKqVo89hi9

Set your alarm & wake up w/ 2 astronauts as they venture outside @Space_Station for 6:30am ET #spacewalk https://t.co/SrHX4xoSIu Q? #askNASA pic.twitter.com/QHvaHnHaDZ

What the Canada-arm does on the ISS.

On first Exp 53 spacewalk astronauts work on @CSA_ASC #Canadarm2. Take a look at how the “big arm” helped build the station. pic.twitter.com/qJ2OH6gFDv

Catching up with the latest tweets from Dr Andrew Digby. First the Takahe habitat.

The team have been candling #takahe eggs at our Te Anau ‘farm’. About usual ~80% fertility. Much better than #kakapo pic.twitter.com/yO0mfnXoPY

The fence at our new huge #takahe pen near Te Anau is designed to keep all mammal pests out. #conservation pic.twitter.com/2ByUoVDmki

And more Kakapo. (See here for lots of chick pics.)

Blades was too successful on Whenua Hou, with 19 living offspring. So we voted him off the island! #kakapo #conservation pic.twitter.com/U5Qyw3bDeF

And a bonus Kea to finish up the Bird Tweets section.

I did a post on Pangolin way back in October 2015. This is part of what I wrote:

Pangolin meat is considered a delicacy, and the scales are used in some Asian medicines. They are protected by law, but because of the belief in their medicinal value, they continue to be hunted. According to Nature:

The animal itself is eaten, but a greater danger arises from the belief that the scales have medicinal value. Fresh scales are never used, but dried scales are roasted, ashed, cooked in oil, butter, vinegar, boy’s urine, or roasted with earth or oyster-shells, to cure a variety of ills. Amongst these are excessive nervousness and hysterical crying in children, women possessed by devils and ogres, malarial fever and deafness.

That article in Nature was from 1938, but it looks like things haven’t changed much. The REST website has this to say:

Trade in pangolin scales continues to be a huge problem in many Asian countries. Ships have been found recently with up to 10,000 tons of scales from different species in Africa and additional tons of whole carcasses.

Native to Asia & Africa, #pangolins are covered in scales. They use long tongues to catch termites, ants, & other insects. #WorldAnimalDay pic.twitter.com/gEDr9DYD45

Okay, this is a lovely dog, but it the person taking the video sitting on the toilet here? And who’s holding the camera?

Who can resist puppies? Not me! (No, that’s not a double entendre!)

This one is especially for my sister Brenda.

This first one is from Facebook, rather than Twitter. Also, despite the fact that it’s a post from the NZ Police, it was Jerry Coyne who found it for me! I’m glad he did – it’s lovely.

A baby Bengal! It’s so cute! (This is especially for Jerry for finding me the video above.)

I don’t think I’ve ever seen a picture that so fully summed up what it is to be a cat owner. pic.twitter.com/UNyMTSMM3K

Very cool cat. It’s not going to let anything disturb its rest.

This Is Probably The Most Patient Cat You’ll Ever See https://t.co/wa8A68bXvL