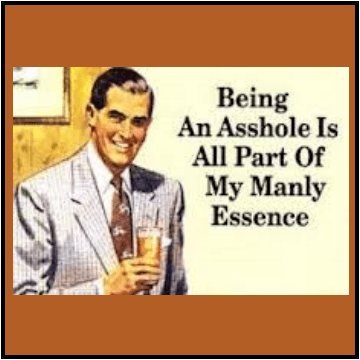 There are, naturally, a lot of tweets about the revolting activities of Harvey Weinstein at the moment. A lot of people are expressing their disgust in suitable terms, all trying to outdo each other with the words they can come up with.

Most of them are a load of hypocrites.

Yesterday I once again watched ‘The Five’ on Fox News. They had a segment about Harvey Weinstein. I also watched CNN‘s AC360 (Anderson Cooper) and their segment on the issue. There were people on both shows whose reactions I found problematic.

However, in this instance I’m not going to name names because most of the bad ones are no different from at least half of their media and political colleagues.

Most Republicans are taking great pleasure in the fact that Weinstein was a big donor to the Democratic Party. They’re insisting that any donations from him be sent back, or given to charity. Many Democratic politicians are indeed doing that.

But what none of these people are mentioning as they take great joy in taking a crack at the Democrats, is that they elected a sexual predator to the presidency.

The “pussy-grabber” tape wasn’t enough to stop them voting for Donald Trump. Nor were his comments about going back stage to see beauty pageant contestants naked. Nor were the multiple allegations of sexual harassment. And nor was the likelihood that he raped a 13 year-old-girl in 1994. (That case has gone away since Trump won the presidency. Although she had public anonymity, she got death threats.)

Other conservative commentators are saying that they, “don’t know what the new rules are.” They’re the same as the old ones mate. Don’t treat women like objects who exist only for your sexual pleasure.

For every Harvey Weinstein there’s a Donald Trump. For every Anthony Weiner, there’s a Tim Murphy And for every Bill Clinton there’s a Scott DesJarlais. Sexual predators exist everywhere. They are no respecter of political boundaries.

The only advantage the Democrats have over the Republicans is that they don’t try to make themselves out to be the guardians of public morality. There’s a certain guilty pleasure is exposing a Republican politician for telling his mistress to get an abortion when he campaigns on family values and being anti-choice.

Playboy mogul Hugh Hefner died two weeks ago. His desire was to be known as a champion of free speech, and he was that. He was also one of the main reasons so many men think it’s okay to treat women like a piece of meat or to force their attentions on them.

I wrote about the GOP War on Women three years ago. The situation has only got worse since then with the election of a sexual abuser to the most powerful job in the world.

If this is the end of the war on coal does this mean that all those coal jobs are going to come back? No, it doesn’t, but that’s what the Trump Administration wants people to believe. Obama wasn’t the reason for the downturn in the coal industry. Coal is an international commodity and its price depends on a world index. The demand for coal has slumped worldwide. Therefore the price for which it can be sold has gone down significantly and it is no longer economic to mine it except from open cast mines. The “War on Coal” is a complete red herring. It has nothing to do with what is happening in the EPA. Further, getting electricity from renewables has been an economic success story for the US. It employs far more people than the coal industry, and in jobs that won’t kill them.

California is on fire.

And the Trump administration is trying to make poisoning the environment even easier. pic.twitter.com/UIXCXgZmps

11 October (today in the US, yesterday for me) was apparently Coming Out day. Listening to what these people had to go through is heartbreaking. In many places it’s still like this. Why can’t people just be nice to one another?

For #NationalComingOutDay, listen to LGBTQ leaders talk about the early days of the movement. pic.twitter.com/udiRvAxhwa

Pansexual? Genderfluid? We broke down some gender identity and sexual orientation terms for you. https://t.co/fjjnJdhYz7

Imagine that – having your car taken away because your hair is uncovered! Religion is sick.

Morality police impounded my car twice for being unveiled this is the result I keep take off my forced hijab with smile and no fear.#White Wednsdays pic.twitter.com/4oIeIGddvK

Lying for Allah. Religion is sick.

سخنگوي ناجا: اون ويديوي بازداشت زن بدحجاب نبود كه توي يك شبكه پخش شد، دزد بود!
A police chief: “The woman who was beaten up to get into police van was a thief”, it is a big lie. See how police use violence against womenwho who don’t have inappropriate hijab. #White Wednsdays pic.twitter.com/sfO4AWDnIk

A good thread on sexual abuse starts with this Tweet.
(Via Ann German.)

One of the responses at the end of the thread:

Here’s another balancing act on the top of New York’s Empire State Building. This doesn’t look anywhere near as dangerous as the guy balancing on the chairs from Tuesday, but still my tummy’s gone funny again …

Acrobats balance on top of the Empire State Building. pic.twitter.com/Hxdf49oCI2

Adam West on the set of the 1960’s Batman TV series. pic.twitter.com/huYSsmEukE

Another cool video showing a new picture emerge from an old one.

Happy Birthday Harriet Ann Boyd-Hawes! One of the first women to lead a major archaeological dig, she uncovered a Greek town from 1,500 BCE. pic.twitter.com/oaxnIEpCMx

Some of the amazing rock art in Niaux Cave in France. Going to see some of this rock art is on my bucket list.

Another cool reconstruction of early people.

Playing the knife game with a machine. Which would you trust more? A machine or a person? I think I’d trust the machine. as long as I knew it had been properly programmed.

Cool gif, but someone needs to explain to me how this works please!

It’s always quite hypnotic watching these gifs. But seriously, they’ve created a machine for probably tens of thousands of dollars when they could have just bought a few more bits of track! (Yes, I do appreciate what it’s doing!)

One of my all time favourites again – a sea otter with her cub.

Otter moms let baby otters float on their stomachs to keep them dry and now I can’t stop crying pic.twitter.com/0U4kvoGQrf

This tweets looks innocuous, but if you click on the link you will see my vote in New Zealand’s annual Bird of the Year competition. Go here to check out all the birds and vote yourself.

The kea is currently in the lead for #BirdOfTheYear but the tieke/Saddleback has the help of @zealandia rangers: https://t.co/CDTGHA1ewI pic.twitter.com/3DZRDJbf1V

Who can resist the character of these wonderful birds?!

Get excited because voting for #BirdOfTheYear is now open! Head to https://t.co/cjN6uY9V8y, place your vote, and may the best bird win. pic.twitter.com/qIv8ZYYFsw

Another entrant in NZ’s Bird of the Year competition.

Another kaka, doing its best to get some more votes for its species.

Spent a lot of time this year hanging out w/ Kaka on Rakiura/ Stewart Island this year so big supporter of Kaka for #BirdoftheYear pic.twitter.com/ra35NIiSpP

A swan making Lake Bled in Slovenia look even more gorgeous than it already is.

Thanks @nerdette she’s a bettong. here is my fav pic of her fast asleep cuddling her corn pic.twitter.com/aX0mXmj4k6

Here’s Dr Grarock and Brian the Bettong having breakfast.

Having breakfast with @BrianBettong before his big appearance at meet a Bettong – educating the next generation @MulligansFlat pic.twitter.com/rEjVeAXGTZ

Disappointed that my work in Transformational Goat Aesthetics did not bring home a MacArthur grant. pic.twitter.com/xVKXnJU9Ji

Nice story, but it would be better if we saw the dog! It looks like it might be a Labrador or similar, but you can’t really tell.

When this little boy got lost, his dog loyally stayed by his side until rescue came ???????????? pic.twitter.com/xzGAWUAGve

I’m not big on these dogs, but I like the butterfly!

He made a tiny friend.. pic.twitter.com/Ay6HOKAmFN

A husky blowing bubbles in his water bowl. This is my favorite video ever pic.twitter.com/HQiz5VumZq

Solitary #mammals may not be so solitary after all: study on #mountainlions https://t.co/9te1PAs3Gv #panthers #pumas #animals #nature

These cats are lucky their humans feed them!

What a lovely kitty, given a forever home by a kind person.

Adopted this sweet girl from the RSPCA. Her name is Pumpkin. pic.twitter.com/BH2TOftNzE

This is Edgy. She is my first cat. pic.twitter.com/3OE6v0bub5

???? This had me making appreciative noises all the way through! It is so adorable!!! ????