Is the GOP’s War on Women Real?

Anyone speaking English (or American!) on Twitter will have seen tweets, especially around election time, of the US Democratic Party accusing the US Republican Party of waging a War on Women. The phrase is so common it’s become capitalized. So is it a fair accusation? 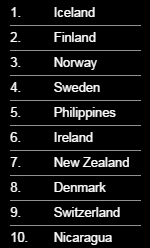 The Unites States doesn’t do that well in comparison with other OECD countries when it comes to women’s rights. In 2013 the World Economic Forum’s report on the gender gap (the latest available), the United States came in 23rd. It had dropped a place from 2012 when it was 22nd and six places from 2011 when it was 17th. That’s pretty bad – you’d really expect the wealthiest country in the world to be doing a lot better. It is an improvement from where it stood under a GOP administration though; it was 27th in 2008 and 31st in 2007. According to the UN, amongst developed countries, the United States has the lowest level of maternity leave at only twelve weeks. It also has one of the lowest rates of female representation in national government.

Gender politics is a big deal in the United States. Both parties know that in order to win an election they have to appeal to women. Traditionally, the Democratic Party has been able to count on the female vote, especially that of single women. The Republican Party periodically tries to make inroads into that, but they’re pretty good at getting it fatally wrong whenever they try, indicating to me at least that they just don’t get it.

The attempts of the GOP to improve their appeal to women occur most often when a high-profile Democrat behaves badly towards them. Republicans come out with cries about the hypocrisy of the charges against them of waging a War on Women when a male Democrat has indulged in some form of misogynistic behaviour. However, this is a complete mischaracterization of the debate.

It is true that there are Democratic men whose behaviour towards women is poor, while the behaviour of many Republican men towards women is exemplary. This fact though, is irrelevant to the debate. Treating a fellow human being poorly, whatever your political views, can and should disqualify a person from holding public office. This should apply across the spectrum of human relations, not just to the way any individual man treats women. 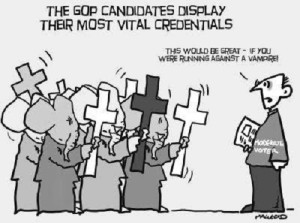 The point is what happens when a person has the ability to influence public policy, which, of course, is what being elected is all about. This is where in the United States the Democratic Party has a valid claim when they charge the GOP with waging a War on Women. It is the GOP that introduces and passes legislation which impacts negatively on the lives of women. They are the party that fails to support income equality and similar legislation. In particular, they are the party that does what it can to restrict access to reproductive healthcare. Even worse, the laws they enact come from their personal religious beliefs, which they impose on the entire population. They hide behind a mantra that most people support the law. This is exactly the same reasoning used in theocracies to impose the religion of the majority on the entire population. The recent trend of the US Republican party being dominated by the Religious Right is scary to me – I genuinely worry about the leader of the most powerful country in the world holding regressive social values.

Further, the GOP supports companies that want to impose their religious values on their female employees, while those same companies are happy to make money from people who do not share those values. One example of this is the Hobby Lobby case argued before the Supreme Court of the United States (SCOTUS) in March 2014 and decided on 30 June 2014. SCOTUS decided in favour of the company, and I consider this an example of the appalling partisanship that has infected the United States even to the level of the Supreme Court, which should be neutral.

Hobby Lobby’s case was bogus in my opinion because:

(b) Hobby Lobby provided these particular contraceptives as part of employee health insurance up ’til 2012. The objection only came when the Republican Party was trying to block Obamacare. The case is clearly politically motivated;

(d) Hobby Lobby has no objection to earning profit from selling products made, for example, in China, which has multiple policies that promote abortion including the infamous One Child policy, which has reportedly resulted in many women undergoing enforced abortions.

The owners of Hobby Lobby belong to an evangelical Christian religion that does not believe women should have control of their own bodies in relation to reproduction. That is their right, but it is not their right to force that view on others. As long as the Republican Party continues to specifically support businesses that use religion to justify denying rights to women, they can expect accusations of waging a War on Women. 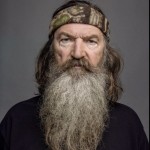 After the Hobby Lobby case had been argued but before SCOTUS had published their decision, the Republican Party was once again talking about reaching out to women and minority groups and showing them that the Party was a broad and inclusive one. Then they had their leadership conference (29-31 May) in New Orleans. A key note speaker was Phil Robertson, patriarch of the Duck Dynasty clan. Really good way to reach out to women and minorities GOP – featuring one of your country’s best known sexist, racist, homophobes at your leadership conference. This kind of tone-deafness is typical. Phil Robertson is a devoted Christian with very conservative religious views and it seems this forgives his bigotry in the minds of many Republicans. 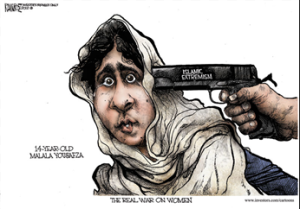 The other tactic the GOP uses is to belittle any complaints by American feminists by referring to the suffering of women in other countries. For example, when a US feminist points out a way women aren’t equal to men, the response is something like, “How dare you complain – yesterday a woman was stoned to death for adultery in Pakistan – that’s the REAL War on Women!” (I heard almost those exact words on Fox News a couple of days ago, and not for the first time.) This argument is completely facile. Basically it says women in America should not expect any more moves towards equality until Pakistani women have the same rights as they do. How about doing what America likes to think it always does and provide an example to the rest of the world of how a society should be?

As another round of elections draws closer, we will see more attacks from both sides. Some will be valid, most will not. Either way, there is only one party that directly legislates to reduce the reproductive freedom of women. This, in my opinion, makes a charge of the Republican Party waging a War on Women a fair one.