Update on the Rob Porter Scandal (plus Tweets) 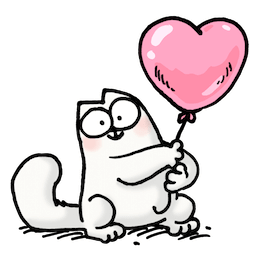 Great news! Check out the ‘Cat Tweets’ section for a new Simon’s Cat video, released for Valentine’s Day, which is today in New Zealand. It’s cute, and had me laughing out loud twice. Now if you’re a single person too, you’ll understand how much I hate Valentine’s Day, but this video left me feeling good.

On to the Rob Porter Scandal, which I wrote about a couple of days ago. Journalists have continued to look into this story for several reasons:

Here is Christoper Wray’s testimony. (Wray is a Trump appointment; he got the job following the firing of James Comey.)

My transcript from the portion of the video on CNN:

Senator Wyden (D) Oregon: … Was the FBI aware of allegations related to Rob Porter and domestic abuse? And if so, was the White House informed it could affect his security clearance, when were they informed, and who at the White House was informed?

FBI Director Christopher Wray: Well senator, there’s a limit to what I can say about the content of any particular background investigation for a variety of reasons that I’m sure you can appreciate. I would say that the background investigation process involves a fairly elaborate set of standards, guidelines, protocols, agreements etc. that have been in place for 20+ years. And I’m quite confident that in this particular instance the FBI followed established protocols.

Wyden: So was the White House informed that this could affect his security clearance? That’s a “yes” or “no.”

Wray: I can’t get into the content of what was briefed … (Wyden interrupts.)

Wyden: But what were they informed?

Wray: What I can tell you is that the FBI submitted a partial report on the investigation in question in March [2017]. And then a completed background investigation in late July [2017]. That soon thereafter, we received request for follow-up inquiry and we did the follow-up and provided that information in November [2017] and that we administratively closed the file in January [2018]. And then earlier this month [February 2018] we received some additional information and passed that along as well.

This is not what Sarah Sanders has been saying. When questioned about the discrepancies today, she passed the blame onto a human resources department within the White House (the personnel security office), which she was quick to point out was not staffed by Trump appointees! As CNN reports:

“The White House personnel security office staffed by career officials received information last year and what they considered to be the final investigative background investigation report in November, but they had not made a final recommendation for adjudication to the White House because the process was still ongoing when Rob Porter resigned,” Sanders said.

But even that statement contradicted claims made days earlier by White House legislative affairs director Marc Short, who on Sunday claimed that FBI officials”have not completed that investigation,” and deputy press secretary Raj Shah, who said last Thursday the FBI’s investigation into Porter was “ongoing.”

“His background investigation was ongoing,” Shah said. “In this instance, in the case of Rob Porter, we relied on the background check investigative process. That process hadn’t been completed, so we were relying on the information that we had.”

As recently as Monday, Sanders also claimed that the White House did not learn “of the extent of the situation involving Rob Porter” until last Tuesday, when the allegations became public.

To be clear, this is the first time this department (the personnel security office) has had a mention in this whole process, and given her track record, it’s hard to know whether what she’s saying is true or not.

In addition, Trump had a couple of chances today to express sympathy for Porter’s victims, or at least make a statement opposing intimate violence, or any kind of violence. He pointedly ignored all questions.

In my post I said that I thought the White House must have known about this before John Kelly was even appointed to the Chief of Staff position, and it turns out that was correct. What I didn’t pick up on, but many journalists are now pointing out, is that White House Legal Counsel Don McGahn surely knew about the issue too. He should have advised about the issues surrounding having so many staff who cannot pass a background check.

However, it is possible that this issue is one that isn’t taken seriously given that senior advisor and Trump’s son-in-law Jared Kushner also does not have a full security clearance yet. Whether he will ever be able to get one is probably a moot point as it’s unlikely the president will sack him, at least not for that reason.

I suspect there’s still a lot more to come out about this. I haven’t even looked at Twitter yet today, or watched Anderson Cooper. I’m probably way behind already. I better look at Twitter at least though before I post this, or all you’ll get is old tweets which is a bit disrespectful given you’ve made the effort to check this post out!

Oh, and TRIGGER WARNING. There’s at least one spider in the Creepy-Crawlies tweets so far. I may find more!

I love Trevor Noah. Here are a couple of great recent clips from his show.

Of Course Trump Wants to Throw Himself a Military Parade: The Daily Show https://t.co/dnSnu2hnKI via @YouTube

If you prefer Trump to Obama or Hillary Clinton as president because you think he is “bringing on the revolution” you crave, that is a strong indication that you, and people like you, are at no risk in your revolution. The canon fodder don’t owe you any thanks.

It’s about time someone in the government started paying attention to this!!!
(Via Ann German.)

Why is is that when the terrorist is a Christian, he doesn’t get called a terrorist? Suddenly he’s an activist! As one of the responses (from @mojoagogo) points out:

ACTIVIST: a person who campaigns to bring about political or social change.

TERRORIST: a person who uses unlawful violence and intimidation, especially against civilians, in the pursuit of political aims.

And where are Trump’s calls for a shut down of all immigration from Christian countries until we can sort this problem out? And if you think that sounds ridiculous, remember that all murders by Muslim extremist terrorists since 9/11 were by people that were either born in the US, or were from countries not on the list of countries Trump named in his immigration ban.
(Via Ann German.)

As I write there are 277 replies to this article. I went through them. Every one rightly points out that this man is a TERRORIST, not an activist. I wonder if @ABC7Chicago will fix their story? https://t.co/7mrnvi6aZe

(Via Greg Geisler commenting on WEIT.)

Speaking at the unveiling of her’s and her husband’s official portraits in Monday (US time).
(Via Ann German.)

I say this every time one or both of the Obamas speak, but: Damn, I miss the Obamas.pic.twitter.com/w6W2 eMkmsg

I watch Fox News in horror while GOP representatives call children who were brought to the US by their parents without visas “illegals.” I understand why they would want to deport criminals who came to the country illegally as adults, but most of the others are not a problem. In fact, they’re a net benefit to the country. It’s good to see others speaking up for them.
(Via Ann German.)

“ICE, history is not on your side.”

Good on them for taking a stand. I hope more big companies do this.
(Via Ann German.)

Unilever threatens to pull advertising from platforms such as Facebook and YouTube, if they don’t do more to combat the spread of fake news, hate speech and divisive content. https://t.co/Uouc 6KWJtB pic.twitter.com/7s0Zm 7CkVj

Yes, cave painters were animators too!

They did lots of sequential drawings showing the animals’ movement. So fluid.

This video by Marc Azema shows how they would look on film. And they did this 20,000+ years ago! https://t.co/b9dpQ2CsRu

They’ve just had the annual ceremony to move the marker for the South Pole. It moves ten metres every year due to the movement of the ice.

The 2018 Geographic South Pole marker. Previously I had noted the yearly ceremony to move the marker every year, due to the ice sheet moving ~10-meters / year, but only included a picture of the old marker. Here is the 2018 version! #science #southpole #antarctica pic.twitter.com/3O8gWwYOvj

Good to see Jupiter in such a good mood. https://t.co/pcErL6zHrc

This one is actually from Facebook, but it’s so cool I had to include it!

Okay, this could be your next pet!
(Via Ann German.)

The latest update from our future robot overlords https://t.co/njSRTo0KQj pic.twitter.com/J2wsaQwp1I

Kinesin protein moving a molecule around a cell pic.twitter.com/UH6XkliVjG

I wrote about the Larsen C Ice Shelf just over a year ago. It’s providing some interesting new opportunities.

Very cool! (And look out for the guy in the red sweatshirt – or rather the words on the sweatshirt! Ha ha!)

I’m not sure this is a good idea! Raspberries are my favourite! I’d want to eat it! Why evolve to look like a raspberry?

Today I learned that there are springtails that look EXACTLY like an ambulatory raspberry.
Here’s a new species from China: https://t.co/mcYqT0KUpj pic.twitter.com/kA09DL0hYy

This is the cutest spider ever. pic.twitter.com/lwdDUV7Mkb

These wolf cubs are so cute!

‘Robotic Wolf hangs out with Wolf Cubs at Den’:
From ‘Spy in the Wild’#Nature
–https://t.co/RE97dNKa2g

Baby Alpacas are so under appreciated. pic.twitter.com/HPeC0bSkTp

Most of you have probably already heard about New Zealand goose Thomas. It’s a great story, so I thought I’d include it in case any of you don’t know about him.

Thomas the blind, bisexual goose to be buried next to partner Henry the swan https://t.co/FwGDQY8XOv

One of my favorite migratory visitors to Kealia pond: the ‘Ulili, or Wandering Tattler (Tringa incana). Their breeding plumage is pretty fancy, but I like the subtle beauty here. #photography #Hawaii #birds pic.twitter.com/TsFDjM3Ty2

Because why wouldn’t you get a bunch of geese to march through town?

This pit bull can’t go to sleep unless her dad sings her a lullaby ???????????? #adorable #dogsoftwitter #Pitbulls https://t.co/sox0PrThQa pic.twitter.com/qCCSRuR1o5

Cats are at the Olympics in the future!

Y’all are stuck in 2018 watching the Olympics in 2D while I’m in the future watching it in 3D pic.twitter.com/CsKHpbZQki

Turn the sound on – you’ll hear the purring!