The Effects of Terror

On Tuesday 10 February 2015, Sydney Police arrested two Muslim men. They had received information that they planned to carry out a random murder that day. On raiding the men’s home the police found a hunting knife, a DAESH flag and a self-made video describing their motivations the BBC reports. The men were apparently previously unknown to security agencies. 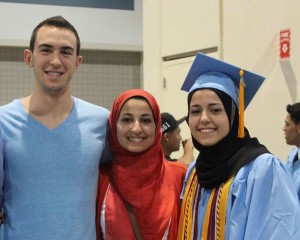 The same day, an atheist, Stephen Hicks (46), killed three Muslims in Chapel Hill, North Carolina reports CNN. Deah Shaddy Barakat (23), his wife Yusor Mohammad (21), and her sister Razan Mohammad Abu-Salha (19) were all shot in the head at close range. Hicks handed himself into police afterwards. The murders seem to be the result of an ongoing parking dispute. However, as Hicks was outspoken about anti-theism and atheism on-line, many are speculating there is a hate element to the horrific murders of three people who by all accounts were outstanding young Americans.

So who was Hicks? Catherine Shoichet of CNN reports that Hicks attended a local community college where he was described as an exemplary student who was friendly and helpful towards both teachers and fellow students and had no negative issues on his record. He was studying to be a paralegal and was due to graduate in May. As well as the comments opposed to Islam on his Facebook page, there are also some condemning Christians as hypocrites when they opposed the building of a mosque near ground-zero. His posts also show he was a supporter of same-sex marriage and other equality issues. His wife states he believed everyone was equal. 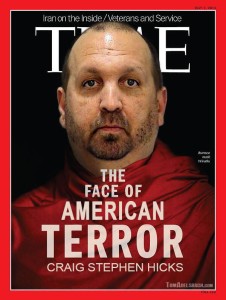 He does though appear to have been constantly angry about the fact that other people frequently parked in his condo’s reserved parking space, leaving him with nowhere to put his own car. A neighbour described him as having “equal opportunity anger”. A meeting of residents had been held in the past because some felt threatened by the way he reacted to his parking space so often being used by others, although no-one seems to have acknowledged that they shouldn’t have been parking there. (Which is not, of course, an excuse for murder.) On the day in question, it appears Razan Mohammad Abu-Salha had parked in Hicks’s parking space while visiting her sister and brother-in-law, and during an altercation about the matter, Hicks snapped.

Whether the fact that his victims were religious contributed to what Hicks did, is something I feel I’m not in a position to judge. A spokesperson for the families said Hicks had threatened the students in the past, and that the family believed hate was a motivation. However, according to Saeed Ahmed of CNN, Hick’s wife said, “The incidents had nothing to do with religion or the victims’ faith.”

We have to wait for the police to complete their investigations in both these cases, then for the evidence to be tested in court, before we can reach an informed decision. But it may be that in Chapel Hill we have reached an unfortunate tipping point.

For a several years now we have been seeing a series of random attacks carried out by extremist fundamental Muslims, like the one above the Sydney police thwarted. This has resulted in an increased critical analysis of Islam in the West, and it has been found wanting. Some use that to make assumptions about all Muslims, and as a result individual Muslims have suffered abuse, bigotry and bullying. It is possible that the horror of Chapel Hill is where we see that prejudice crossed the line to self-justified retaliatory murder. 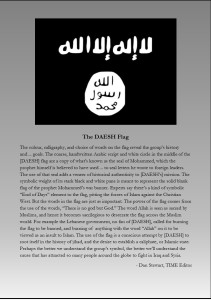 For several months now, DAESH has been using an extremely cynical terrorist tactic that tries to divide the entity they are fighting against themselves via fear. Fear works, and DAESH are very good at instilling it. Their tactics are designed to provoke an over-reaction both in political leaders and the community at large. President Obama and other world leaders have understood this and largely resisted the temptations DAESH sends their way, but many others fail to recognize the tactic. Their analysis of the situation is simplistic and they seem unable to analyse what the consequences of such actions as America going in with overwhelming military force would be, despite the evidence from multiple campaigns in just the last fifty years. In the United States many politicians are calling for a much greater level of military action than is currently happening, and they are supported in that demand by many Americans. In an increasing trend, 60% of them now consider US ground troops are required to defeat DAESH as reported by a Fox News poll carried out last week. In the same poll 68% of Americans said they didn’t think Obama was tough enough on DAESH and 73% considered he didn’t have a clear strategy for defeating them.

This is how the terrorist tactic I mentioned above works: DAESH attracts tiny numbers of supporters to their cause and encourages them to commit random acts of terror around the world. (Al Qaeda, using the same strategy, has been calling for supporters to carry out lone-wolf attacks since 1999.) In addition they commit acts of unbelievably horrific violence which they broadcast openly. This motivates a natural tendency for the general population to view all Muslims with suspicion, despite never having had any hint of extremist tendencies in their own communities, and the numbers of people affected being quite low statistically.

DAESH wants this to happen. They want to create such divisions in our society. They want to drive a wedge between Muslims and non-Muslims. They want the Muslims in our society to suffer, to be at the sharp end of suspicion, prejudice, hatred, bigotry and even violence. Because when that happens, more and more Muslims will be driven to isolate themselves from society at large. More will be vulnerable to imans that preach hate instead of love. Some will then develop sympathy or understanding for DAESH, and some will join them. The process keeps feeding on itself. As our society implodes from within, as we turn against each other, more Muslims will feel that the world would be a better place if DAESH was in charge. Thus DAESH gains strength. 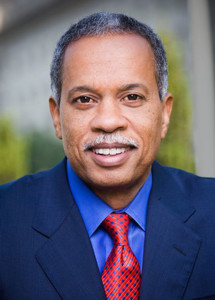 One of the better known cases of the actions of a tiny number influencing the thoughts and behaviour of otherwise intelligent, rational, liberals is Juan Williams. In October 2010 he lost his job at NPR (National Public Radio, USA) after making the following comment on The O’Reilly Factor:

“Look, Bill, I’m not a bigot. You know the kind of books I’ve written about the civil rights movement in this country. But when I get on the plane, I got to tell you, if I see people who are in Muslim garb and I think, you know, they are identifying themselves first and foremost as Muslims, I get worried. I get nervous.”

In many ways, Williams, whom I respect greatly, was expressing what many others thought, and it’s little wonder many do feel that way if they were any part of what happened in America on 9/11. Terror, unfortunately works.

DAESH are playing the long game. Their ultimate aim is to create the worldwide caliphate under sharia they believe Allah wants, and they don’t care how long it takes or how many of them die in the process. They don’t care that most of the suffering and death happens to fellow Muslims – the cause is more important. They believe they are dying for Allah, and will be welcomed to Paradise, where they can watch the progress of the campaign they started. They have a purpose, a purpose so important they will do anything to achieve it.

Deanna Othman wrote a piece following the tragedy in Chapel Hill in the Chicago Tribune entitled ‘Will Muslims Ever Be Part and Parcel of America’. Othman is a Muslim-American, and writes about what it feels like to do everything right – to be an American and still not to feel fully accepted. Deah Shaddy Barakat, Yusor Mohammad, and Razan Mohammad Abu-Salha did everything right, she says, only to be murdered, for what Othman assumes was their religion. She has already made that judgment, and right or wrong, it is an indictment on our society that her life experiences have been such that she has come to that decision seemingly without hesitation, and it worries me.

There is another part of her story that concerns me too. She also wrote:

I believe in divine justice, and to me, it is no accident that the three victims of this heinous crime were not just ordinary Americans — they were extraordinary. They excelled academically, were active socially and gave to humanity. There is divine wisdom in having their uplifting stories told, and it is devastating that it took their murders to compel network news to broadcast such inspirational stories of Muslim-Americans.

The belief that there was divine purpose at work here to bring Muslims and non-Muslims together fails the logic test. Surely an omnipotent god could bring people together and stop the suffering without having to kill three people with such promising futures, and destroy the lives of several others?

It is only by holding onto and promoting our own values of secular humanism that the haters will be defeated. The inclusive, pluralistic society most of us want is actually a fairly new phenomenon, and we have to hold onto it. We cannot let hate divide us. We must not judge books by their covers, but by what’s written on their pages. Smile, hold the door open for strangers, and just be generally friendly. Treat others with respect, dignity and kindness – it’s actually an easy habit to get into, and it does make a difference. Most people are good, and will show it given the chance. 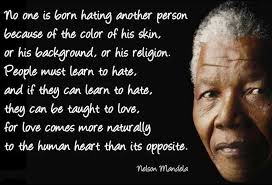