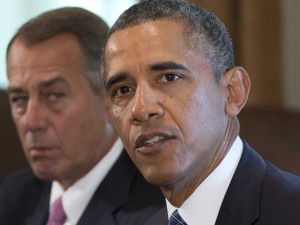 In the United States there is a growing rift between Democrats and Republicans on how to describe the terrorism in the Middle East and northern Nigeria. (As if politics in America needed any more rifts!) The Obama administration will not use the word “Islamic” in conjunction with “terrorism”. This decision is supported by the far left of his party and many in the media, but is angering others.

Obama’s reasoning seems to be that the majority of Muslims say that DAESH, Al Qaeda and its affiliates, and Boko Haram do not represent Islam and so we should not mention Islam in combination with the terrorists. There are several Muslim-majority countries who are part of the US-led coalition against DAESH, and part of Obama’s motivation is apparently to not offend them. Another consideration is the expectation of a backlash against Muslims living in America and other countries where Muslims are not the majority because of the actions of the terrorists.

I think the worry about a backlash can be dealt with pretty easily by looking at the evidence. For a start, I really don’t think President Obama not mentioning that DAESH et al are Islamic extremists is going to fool anyone into thinking that their religion isn’t a big part of their motivation. Everyone knows Mr President! There is, of course, no doubt that there are some ignorant people who have used the atrocities of these terrorists to treat Muslims in their community or on-line abusively, unfairly, rudely, or with prejudice. However, in my opinion those kind of people would have treated Muslims badly anyway, and now they are simply using the fact of Islamic terrorism to justify their bigotry. Not using phrases like “fundamentalist Islam” makes no difference. 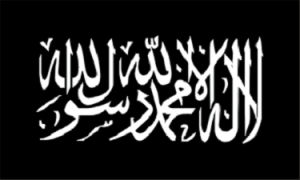 Shahadah: There is no god but Allah and Mohammed is his messenger

Most people are more sophisticated in their thinking. An example is what happened in the aftermath of the Lindt Cafe siege in Sydney, Australia in mid-December 2014. The perpetrator was a man who expressed support for DAESH and during the siege displayed a black flag with the shahadah written on it in Arabic. Following the incident, a Muslim woman expressed her fear of riding public transport wearing her hijab, and wondered whether she should remove it. A non-Muslim Australian woman reached out with the hashtag I’ll ride with you (#illridewithyou), which spread around the world like wildfire. People were reaching out to their Muslim fellow citizens in support. This to me proves that most people don’t judge the majority by the actions of a minority. 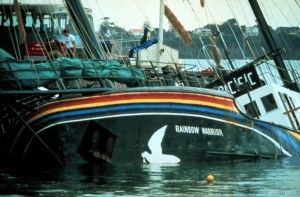 In New Zealand, we’re lucky enough not to have to worry much about terrorism – attacks are extremely rare and so far have never involved Muslims anyway. In October last year the threat level was officially raised from ‘very low’ to ‘low’ mainly due, it appears, to increased tensions in Australia. Prime Minister John Key told Radio New Zealand in an interview, “that meant that where previously the threat of a terrorist attack was assessed as ‘unlikely’, it is now assessed as ‘possible, but not expected’.”

You just have to look at the numbers to realize how unlikely it is that any Muslim who is part of your life in New Zealand is any more a threat than any other New Zealander. Around 50,000 New Zealand citizens are Muslim, of whom the SIS (Security Intelligence Service) say five are thought to be in Iraq/Syria with DAESH. Some of them joined before it became apparent just what a brutal organisation it was. (Remember there was a time before they came to prominence when the average person could have easily considered them just a part of the Sunni opposition fighting against President Assad of Syria, whose attacks on them included the use of chemical weapons.) In addition to those five, the prime minister advised last year that there were about another forty the SIS were monitoring, and forty more they were considering monitoring. That leaves 49,915 Muslim New Zealanders who are getting on with their lives just like the rest of us. So any bigoted behaviour displays ignorance as much as it always has. 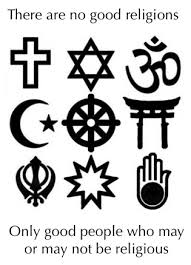 As for not using the word “Islamic” in combination with “terrorist”, I think that’s political correctness gone mad. I understand completely that Muslims in general do not want their religion to be associated with such people, but that isn’t a reason not to do it. All of us have people we share some kind of identity with that we would rather not be associated with – whenever a New Zealander does something bad that hits the international headlines, for example, I’m embarrassed, and sometimes ashamed. However, I’d be mocked if I tried to insist that the person’s nationality was excluded from news reports. (But Russell Crowe was only born here – he grew up in Australia. His genes are Kiwi, his behaviour is from Oz! 🙂 )

The terrorists themselves clearly identify strongly with Islam. Their interpretation of the Qur’an, hadiths and Sharia are extreme, but it’s possible to understand their logic. The problem is religion. Once you have accepted that a particular text or collection of texts is sacred, then acting on what those texts say becomes rational behaviour. If you believe there is a god who wants you to behave in a certain way, and that you’re doomed forever if you don’t behave that way, it is logical TO behave that way. 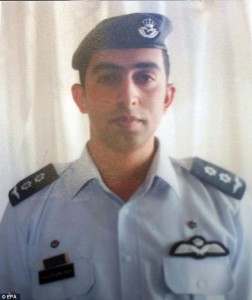 The latest hostage murder by DAESH is a case in point. Jordanian pilot Mu’ath Safi Yousef al-Kaseasbeh was burned alive in a cage in an unbelievable display of cruelty and brutality. The people of Jordan are, of course, particularly upset by the killing of one of their own. (It took me a couple of days to stop thinking constantly about how this poor man suffered.) Various imams have come out to opine that nowhere in the Qur’an is burning to death mentioned as a punishment, even for non-Muslims! This proves DAESH has abandoned Islam! Now, those that are wavering between supporting their government and supporting DAESH, if only verbally, will oppose DAESH! The disturbing thing about the reaction of these men is that following their own logic, if the Qur’an had supported the immolation of enemies, Jordanians wouldn’t now be turning against DAESH en masse. 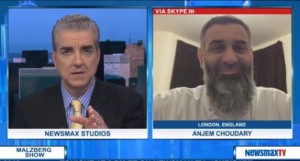 However, we have at least one dissenter, who makes it clear that those who say the terror video of al-Kaseasbeh’s murder served a dual purpose as a recruiting tool had a point. Cue British DAESH apologist Anjem Choudary, who on The Steve Malzberg Show stated that DAESH were justified in burning Muath al-Kaseasbeh, and that justification could be found in the Qur’an in the actions of Mohammed. (You’ll have to use the link above to watch the interview – they use an embed code that won’t work with WordPress.) Basically his logic is “an eye for an eye”; people were burned in bombing raids by those fighting DAESH, and previously in Iraq and Afghanistan, therefore burning al-Kaseasbeh alive is justifiable.

So much as I admire you President Obama, get a grip. On this one you need to change your practice. Pretending that Islamic extremism isn’t part of the problem makes it more difficult to fix. There are many Muslims and Muslim organisations around the world that are doing great work for liberal Islam, and they are suffering. Some are risking their lives. Several have been killed. Malala Yousafzai was shot in the head for campaigning for education for girls – it was only incredible work my multiple medical professionals that saw her survive. Raif Badawi is in prison in Saudi Arabia for promoting political discourse – his punishment includes 1,000 lashes, 50 of which were carried out on the same day the Saudi Arabian ambassador to France walked in the post Charlie Hebdo massacre Unity March. There are probably millions who are too scared to speak out, and they don’t even realize they aren’t alone because of the limits to free speech in their countries. Those people need support, and yours makes a bigger difference than most. 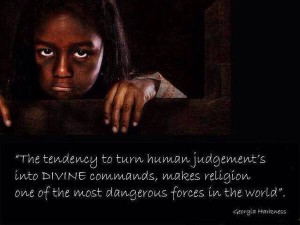