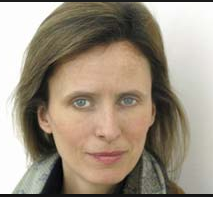 Orla Guerin of the BBC, a reporter I admire greatly, today presented this report about FGM in Egypt.

Unfortunately there doesn’t seem to be a way to embed it into this article, but I urge you to go to the link and watch it. It’s only 2:49 long.

In the report Guerin interviews a woman who describes how she performs the procedure or, as Guerin more accurately describes it, “mutilates her victims”.

There is also an interview which can give us hope – a five-year-old girl who said she didn’t want it done after hearing the screams of another child, and her mother standing by her in that decision.

As she reports, and as I wrote about in my previous article about FGM, FGM was outlawed in Egypt in 2008, but still carries on. The Muslim Brotherhood is campaigning to get the ban lifted, and there is evidence they are promoting it.

FGM is an horrific practice, and any attention that can be brought to it may go some way to seeing it brought to an end.