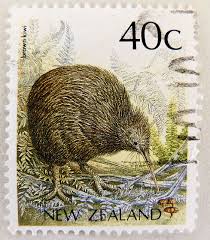 Well, I’ve got even less time than yesterday to look for tweets. I won’t bore you with another tale of the woes of my life. Suffice to say, things aren’t ideal right now.

However, I’m very, very lucky that I was born in this country, especially as a woman. Despite all the stuff that’s wrong, I actually have a better life than the majority of people on this planet.

“Fun” fact: over three billion people live on less than $2.50 a day. Despite that, as a proportion there are less people living in poverty now than there have ever been. Almost 800,000 people over fifteen are illiterate, and two-thirds of those are women. Only 6.7% of the world’s population has a degree, though these days women are more likely to have one than men.

In New Zealand, women have been doing much better than men when it comes to education for a long time. According to the Ministry for Women:

Currently, we’re 130% more likely to get a college degree than men.

There’s no problem here being an atheist (or anything else) either. I can express my opinions freely. Reporters Without Borders does an annual Press Freedom Index, which includes netziens. New Zealand is one of only sixteen countries they consider “free” for press purposes. (The US is NOT one of those countries.)

I could go on. However, I think that’s enough to prove my point that I got pretty lucky in where I was born.

i…. uh… shoot yah it was me. pic.twitter.com/vYfQzwRbSS

Spooning – everyone loves it.

when you wanna be big spoon for once pic.twitter.com/9Vw8CAL2s9

A Japanese dwarf flying squirrel with her babies pic.twitter.com/cofqawCWU8

It’s not the first time I’ve put in a tweet like this. Last time it was a gorilla. I wonder if it’s a common reaction?

Tiger Gives A Shocking Reaction When It Notices This Pregnant Mom’s Belly https://t.co/UbjMXkNQrm

There’s video at the link too if you want to know more.

I can’t wait to try this! Berry and sour are my favourite flavours in sweets.

Rejoice! A new type of chocolate has been invented pic.twitter.com/peNXE3F0cW

This is something New Zealand should look at too. There are several occupational areas we need immigrants and DREAMers are likely to fit the bill.

Canada could take 10-30 thousand ‘dreamers’ from U.S. if they are deported by Trump administration says Sen. @ratnaomi. #pnpcbc #cdnpoli pic.twitter.com/JDezGyyJQz

Good on this priest. I think his message becomes a little confusing when he drags abortion and same-sex marriage into it, then says that the Church should be welcoming to LGBT people, but the principle he’s trying to express there is a good one. Religion can and does also argue that God put leaders in charge and whatever they do is right. However, it’s clear to humanists that what Trump is doing is wrong and cruel. What’s right is right and what’s wrong is wrong, whatever religion has to say on the matter.

Here’s why discriminating against immigrants is sacrilegious pic.twitter.com/3PGrDKDhru

It’s just completely beyond me that someone could be so cruel. If Trump feels so strongly he has to get rid of DACA, but genuinely loves the DREAMers, he should have had his staff write a Bill and send it to Congress for them to work through.

‘I’m gonna be sent back to a country that I’ve ever been to and I’m gonna lose every opportunity that I have.’ pic.twitter.com/JWzDsYfoSf

You had to know this was coming, and I agree with all he says.

The former president of Mexico called out President Trump for not ‘having the balls’ to rescind DACA himself pic.twitter.com/OgnXS36wyv

Another very brave Iranian woman. I hope they get their way sooner rather than later.

You’ve got to wonder about the values of Pastor Lee’s congregation …
(Via Ann German.)

Robert E Lee’s descendant, a pastor, was forced out of his church after speaking out against white supremacy https://t.co/UuhEwIiLtV

Whatever I say about the government, this will never happen to me. I live in New Zealand.

A prominent journalist in India was fatally shot inside her own home pic.twitter.com/X9WroXuLbo

Making up a story damages your cause. It’s stupid as well as wrong. As far as I know there were no mosques refusing to help or shelter people. The only place of worship refusing to help people, though it was later shamed into doing so, was Joel Osteen’s megachurch. That revolting creep passed the plate around to those people sheltering in his church.

I’m a bit of a Europhile. There’s not a country in Europe that I wouldn’t love to visit. Here one I haven’t featured before.

My comment above applies doubly to England and Scotland.

How’s this for a view out the tent flap of a morning?

MRI of a beating heart pic.twitter.com/ZTd51U6q0K

So now you know …

By the time I get there, science could have beaten dementia there’s so much amazing progress in the field!

Don’t give your money to a church if you want a cure, give it to science.

I hope there’s a colony on Mars in my lifetime. I’d so love to see that!

Discovery of boron on Mars adds to evidence for habitability https://t.co/3A6N29cFlE pic.twitter.com/RNFjiXq2lJ

This meant I couldn’t see CNN for a while yesterday! It seems to happen a lot at this time of year – between now and the end of the calendar year.
(Via Ann German.)

We are in an X9.3-flare folks! Largest of this #solar cycle! Massive #hamradio blackout. #GPS issues too on dayside of Earth (colors in map) pic.twitter.com/Mragy4sE1S

More interesting stuff from Now This.

This newly discovered black hole is 100,000 times bigger than the sun pic.twitter.com/a44hnoSEkc

My first choice of career as a kid was to be an architect.

Community Clubhouse With A Ribbon Facade Inspired By Nature pic.twitter.com/4Q3GilOwOE

Just to be boring: if Ivanka was the name for “I” on this year’s list, they wouldn’t have used it because of her current status. They would have chosen another and saved Ivanka for another year. They would still have used it if the storm hadn’t got noticed, but once it got big, a name like Ivanka was out.
(Via Ann German.)

If I was in charge of Naming Hurricanes I would have named it Hurricane Ivanka. Just to see the headline “Ivanka blows all of Puerto Rico”

An aircraft flew into the heart of Hurricane Irma. This is what it saw pic.twitter.com/NCgp0fONdy

What to do next?
(Via Ann German.)

A story for the grandchildren?

You thought your Tinder dates were bad? Did yours involve throwing your own poop out of a window – then getting stuck in said window? pic.twitter.com/37Zijzfqde