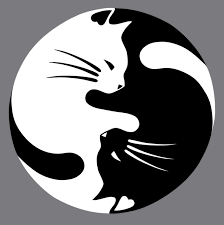 I’ve used a lot of my own tweets again today. Every few days I go through the US political cartoons, most of which are together on one Facebook page. I then post the ones I like on Twitter, which can be up to thirty at a time. So, there are a lot more than those here, but I don’t want to put too much stuff about politics in my tweets posts.

I want the tweets posts to be mostly about the nicer things in life. More Yang than Yin. But, of course, you can’t have the Yang without the Yin, so there’s politics and religion too.

I love watching top tennis, but because of time zones, I don’t get to see very much. As I’m sure you know, the US Open is on at the moment and is live on TV – when I’m asleep. This amazing shot from Rafa Nadal blew me away when I saw it on the news though.

This is a bit how I feel today, but I’m not as cute. If I reacted like that, I wouldn’t get away with it!

Go away, I wanna sleep some more! pic.twitter.com/aQY0FXMcVO

I like the look of the bottom pic best …

And another one going for the smartest cat title!

It took me a while to work this pic out!

20+ Reasons You Should Never Let Your Dog Play In The Mud https://t.co/NpyZ6fdlQR

It wags its tail all the way down!

I could watch this all day pic.twitter.com/T9A9UwKHKG

He took care of them from days old and now they’re 5 pic.twitter.com/bOmEPKaNgv

The US needs a proper healthcare system that looks after everyone and isn’t tied to jobs. Step One: the real Repeal and Replace that they need.

This is what really needs repealing and replacing … pic.twitter.com/rNfrLpGB15

Presidents do need to show their support of victims of natural disasters. However, there’s support, and there’s #Trump‘s version. pic.twitter.com/cE2sDY3FCk

Anonymous has it right here. What’s being done to the Rohingya people in Myanmar/Burma is just awful. It’s akin to what Hitler did to the Jews. It’s just that the smaller scale here means fewer notice.

Cats know how to deal with people. You have to treat them right.

Tax cuts for the wealthy do not help the economy.

The reality of tax cuts for the wealthy … pic.twitter.com/hOkHXHjdu7

It’s amazing how many still support him.

I had to put this in because Lorde is a Kiwi, and I love the song ‘Royals‘.

There are few bigger a$$ho£€$ than Joel Osteen.

THIS is Deplorable. @JoelOsteen should have sent the plates OUT filled with cash telling victims of the hurricane to take what they need. pic.twitter.com/OChVDJoNKF

I love stained glass. That’s another thing that’s going to be a feature in my dream home in the unlikely event it ever becomes reality.

This New Rural House Sits On A Hillside In New Zealand Surrounded By Bush Land Photography by Jo Smith pic.twitter.com/wrErR3Nblv

Remember the Eiffel Tower pic from below looking up a few days ago? Now, here’s a view looking down on it from above.

Bird’s eye view of Paris, can you guess which iconic building this is ???? Photo by – @nightscapeldn pic.twitter.com/OQ3K67cJVO

I don’t see any blue here, which rather disappoints me.

According to our study, it is expected that most observers see blue strawberries in this image, though all pixels are yellow hue. pic.twitter.com/58o6zpSmUo

It’s hard on the eyes looking at this one.

No, I don’t think this is funny. I feel sorry for the poor bloke.

Hold my beer while I jump this ramp pic.twitter.com/sBIbPiKraq

Hold my beer while I throw my girlfriend in the pool pic.twitter.com/onmBqSqGao

There’s only one country in the world where those in power don’t accept the reality of climate change. Unfortunately, that country has a lot of power and is one of the bigger problems when it comes to the emissions that cause global warming.

This will keep getting worse if the GOP keeps ignoring the reality of climate change. pic.twitter.com/OIZTYE0kNj

I don’t know why this happened, but Texas needs that help. It worries me that some don’t see the scale of this disaster. It will take many years to recover.

At the mercy of #Trump and the #GOP pic.twitter.com/BiBhn7hOuv

Trump has designated Sunday a day of prayer for the victims of Hurricane Harvey.

They’re having prayers for #HurricaneHarvey on Sunday …

I said what I had to say in the tweet!

Correcting the headlines re #HurricaneHarvey pic.twitter.com/pnl5glQeDD

Mexico has found a reason for that wall …