Homily: How Authoritarians are Made (plus Tweets) 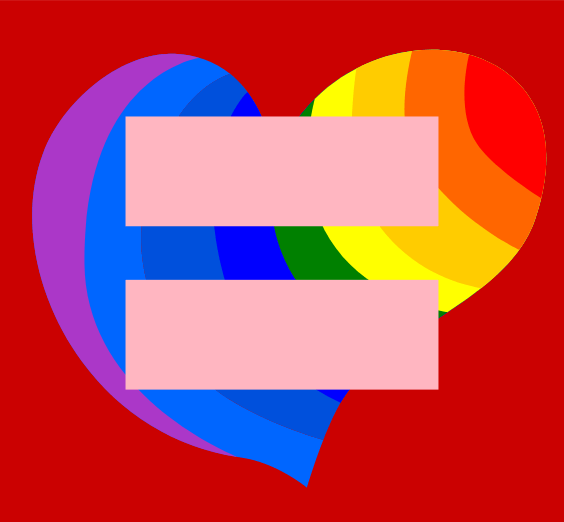 One of the tweets I posted here recently was one of my own. It was a Big Think video entitled ‘The Chronology of Crazy in the USA‘ featuring Kurt Anderson.

I often wonder about the various ways the minds of different people work. I’m not going to pretend to be an expert (I’m not), but at the moment I feel like I’m getting a bit of an insight into the reason some people are authoritarian and others aren’t. (Personally, I fall so low on the Authoritarian Scale, the statistical chances are most of you are more authoritarian than me! And I doubt that most of you are very authoritarian either.) The reason I’m feeling slightly more knowledgeable is a link Linda Calhoun sent me a few days ago.

It’s to a book by Associate Professor of Psychology Bob Altemeyer, The Authoritarians (pdf at link). I’m about halfway through, and it’s fascinating. If I still had the physical capacity to read as much as I want to, I would have finished it the day Linda sent the link. I don’t want to put it down.

Some of the things I’m learning I’d worked out for myself, but now I better understand them and the reasons why they are true.

I’ve just been reading about the creation of authoritarians. The book explains how our life experiences shape us more than anything else. Although it doesn’t explicitly state it, to me it explains why people in the cities of the US are less likely to be right-wing authoritarians than those is rural areas.

I’ll use homophobia to make my point. (Being anti-LGBT people is a characteristic of right-wing authoritarians in the US.)

You all probably know the following things are true without me having to provide the proof, though I can of course:

1. Younger people are more accepting of LBGT people than older people.
2. People in cities are less likely to be anti-LGBT than people in rural areas.

This is all explained by the psychology of authoritarianism, and how our life experiences are so important. I’ll take the two points in order.

1. Younger people are more accepting of LBGT people than older people because in the last fifty years, LGBT people have become more and more open about their identity. Therefore, younger people are more likely to know an LGBT person.
2. People in cities tend to meet people from a much greater range of backgrounds than those in rural areas. Therefore, if you live, or have lived, in a big city, or attended some form of tertiary education, the chances are you’ve got to know LGBT people.

This comes back to another data point that most of you will also be aware of:

Thus even if you grew up thinking LGBT people were “bad” in some way, your personal experience has taught you otherwise. You know they’re just like everyone else except for their sexuality.

On the other hand, conservative religion still dominates many rural areas in the US, and LGBT people often feel they have to stay in the closet. People in those areas therefore (think they) don’t know any LBGT people and continue with their anti-LGBT attitudes.

It’s one of the reasons I decided to be so open about being an atheist. Initially that was on Twitter, and now it’s on my own website. Many other have also made the same decision. That seems to be paying off. Older people still hate atheists more than any other group in the US, but younger people don’t see them as any different than any other demographic group. It’s become acceptable to be an atheist because more people know they know atheists – fewer of us are in the closet. As a result, most people are realizing we’re just like everyone else.

One of the ways to reduce the number of authoritarians is to increase the variety of people they get to know. There are many others of course.

(A majority of the tweets below are from yesterday.)

The bird knew.
(Via Ann German.)

We really should have paid attention to this omen. pic.twitter.com/Glw9Hh0LB3

Talk about propaganda! Does anyone really believe that Paul Ryan goes around gazing at Dr King’s statue, rocking this pose, while there’s a photographer about, whether he admires him or not? Is the fact it’s a black and white picture code? 😀
(Via Ann German.)

Senator @CoryBooker blasted a govt official when she claimed to not remember Trump’s comments on “sh*thole” countries. pic.twitter.com/NFhLj6luqj

Another shoe dropping?
(Via Ann German.)

I’ve mentioned this before – the girl who took off her hijab and waved it in the air during the Iran protests has gone missing. Please consider re-tweeting this if you are able.

#WhiteWednesdays : We are asking all peoples of the world to participate in our Tweet storm on Wednesday both to oppose compulsory veil and to ask for the whereabouts of that girl who was waving a white scarf attached to a stick. #Where_is_She pic.twitter.com/ilMzP8zzgL

From the Time article in the tweet below (my emphasis):

State Department of Education records show the home’s address is the same as the Sandcastle Day School, where David Turpin is listed as principal. In the 2016-17 school year it had an enrollment of six with one student each in the fifth, sixth, eighth, ninth, 10th and 12th grades.

Fellows told reporters there is no indication any student other than the couple’s children were enrolled there. He said six of those children are under 18.

No state agency regulates or oversees private schools in California, and they are not licensed by the state Education Department.

This is why schools should all be government regulated.

13 siblings found malnourished and shackled to beds in a California home https://t.co/NJ2oTJLjV2

Scary! MIT are projecting temperatures could rise 5 degrees by the end of the century. The problem is, the article doesn’t say whether that’s celsius or farenheit. It makes a big difference!
(Via Ann German.)

Very interesting! I’ve thought for years (and others have too) that plague was likely spread by humans as well as rats. It spread too fast and in such a way that it was unlikely to be rats alone. Now it looks like that was wrong too – it was mostly or all humans.
(Via Ann German.)

The American mastodon in London’s Natural History Museum. This museum is near the top of my bucket list!

Cool pic from a Danish railway station.
(Via Ann German.)

Night at the Denmark train station by photographer Michael Knudsen looks like the lost Terminator episode of Thomas the Tank Engine https://t.co/zUTPwyV88p pic.twitter.com/X76RAbtSkR

This is so cool! I love octopuses! (You already know that.) Look at that camouflage!
(Via Ann German.)

Snails are quite cute really.

This video is over seven minutes long and more than two years old, BUT it’s cute wee hoglets feeding. One is even given a blanket bath!

This is another longish one, but it’s worth it. Red squirrels are another one of my faves, and Scotland is my ancestral home, so this one means a lot to me.

Penguins are cool. (I think I’ve said that before.)
(Via Ann German.)

WEIGH-IN: Staffers at the Milwaukee County Zoo use fish to entice penguins to hop on the scale. https://t.co/HIc4fdD4En pic.twitter.com/C4LEpWXRjw

Some tweets about New Zealand’s kakapo.

Reading Richard Henry provides devastating insight into how much wildlife #NZ has lost so quickly. In 1890s he bemoans ‘only’ catching 12 #kakapo in 2 days here at Green Pt in #Fiordland. They’re long extinct here. pic.twitter.com/6nu30HVFx2

Catching 6 #kakapo a day is a big effort for us on current islands. So in #Fiordland #kākāpō density was greater than now on Whenua Hou. Yet only 1 #Fiordland #kākāpō survived: named Richard Henry (here with the late, great Don Merton). Pic: DOC pic.twitter.com/XmUsbhoaul

Richard Henry the #kakapo died in 2010. He produced 3 offspring with his valuable #Fiordland #genes (including Sinbad seen here). Now there are 7 #kākāpō of Fiordland descent, after Kuia had 4 chicks in 2016. #conservation pic.twitter.com/w0BZ7Zm0V2

And the New Zealand fairy tern/tara-iti.

The first fairy tern/tara-iti chick of the season has fledged! This is big news as there are less than 50 of these rare native shorebirds left. We are expecting four more to fledge very soon. pic.twitter.com/7UTrKrSpLQ

A good boy who sits pic.twitter.com/sN2x2lXnGC

Pets Who Just Came Back From The Vet: Their Expressions Say It All https://t.co/Oe0EIkfKv4

This kitten runs to her crib when she wants her bottle just like a real baby pic.twitter.com/stkjyq2xIl