Homily: Men Made Mad by Religion (plus Tweets) 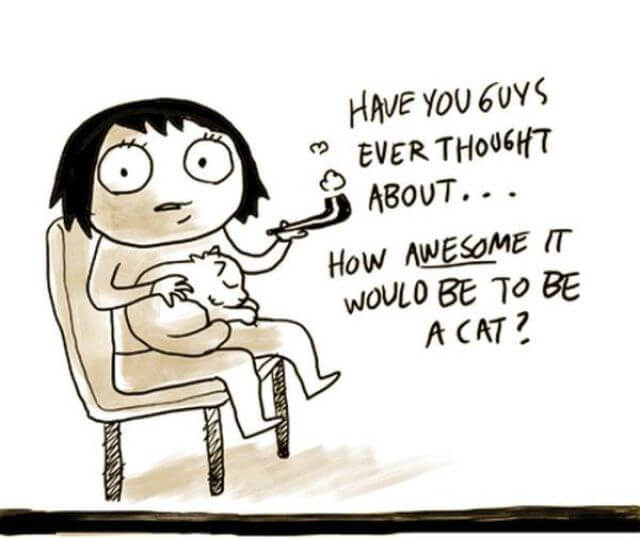 Once again, most of today’s tweets are from yesterday. I put them in the post, then fell asleep watching the tennis (NZ Open). I’m not sure where I saw the joke recently, but it certainly applies to me right now. I don’t know what day it is, and I wake up to eat and wash. I have become a cat!

A couple of things caught my eye this morning. Firstly, the new year has started in Pakistan with another acid attack by a man on his wife. Apparently he entered into a contract for a second wife a couple of days ago, and he and his first wife have been quarreling about that since he told her about it. As you would! I mean, FFS!

Oh, by the way dear, I’m getting married again. You will have to share me and all we have with another woman. There may be some more kids to share my attention too. You can’t leave me, because you know how that would go down in our society, and besides, you would have no means of support.

Anyway, the wife went off to a Sufi shrine to pray after the most recent disagreement. On her return home, her husband did what rather a lot of men in Pakistan do with quarrelsome wives – he attacked her with acid.

The woman is in hospital in a “critical condition” with serious burns to her arm and shoulder. The man has disappeared in the meantime.

The police say they’re collecting evidence and attempting to arrest him. However, it’s possible he will get away with it. As Dawn reports:

According to a World Health Organisation report, acid violence against women in Pakistan is increasing at an alarming rate, particularly in the southern part of Punjab. It says 450 gender-based acid violence incidents occur in the country every year and a majority of the cases remain untraced.

It is religion, in this case conservative Islam, that makes men believe they can act towards women in this manner. And religion is the reason they keep getting away with it as well.

The second Man Made Mad by Religion is Jim Bakker, though there’s a women (Michele Bachman – yes she’s back) with serious signs of religious delusion in this story too.

Bachman is apparently considering running for the Minnesota seat left vacant by the resignation of Al Franken, She’s awaiting God’s decision on whether she should run or not. But her delusion (in this instance at least) is nothing in comparison to Bakker’s.

Here he is telling his fans, with accompanying wild eyes, that God’s enemies and Trump’s enemies (the terms are synonymous) want Trump dead. He even thinks there may already be a contract out for Trump’s death by his enemies in Washington DC.

Evangelist: Right now they want to kill the President of the United States (VIDEO) – https://t.co/D1vACo2q6g pic.twitter.com/ebvHYqCze5

Here’s a slightly longer version of the video from Right Wing Watch, in which Bachman goes on at greater length. According to her, she’s the reason the GOP are anti-Obamacare! If that were true (it’s not) she’s actually done her party and country a great disservice. It also highlights the lack of compassion in modern US Evangelical Christianity.

Even if they were inclined to put a contract out for Trump’s death, I suspect Washington DC insiders would leave things as they are. Trump is doing a pretty good job of hanging himself all on his own. Besides, assassination would make him a martyr, and the last thing the world needs is St Donald!

People are having fun on Twitter with the idea of Michele Bachman running again. Ann German sent me this tweet:

god: oh sure (puts hand over phone to muffle laughter)

Jobs are kicking in and companies are coming back to the U.S. Unnecessary regulations and high taxes are being dramatically Cut, and it will only get better. MUCH MORE TO COME!

There were 29 successful terror incidents in the US in 2017. 24 of those were perpetrated by white supremacists and similar.
(Via Ann German.)

Unless there’s a further Terror Incident in the USA this year, the final tally is 29.

24 of those were by White Supremacists, White Power Groups and Trump Supporters.

Bet you didn’t read about most of them. pic.twitter.com/B6Ny1Fu3LI

I feel sick for poor USians when I see tweets like this. People are going to die in large numbers as a direct result of Republican legislation.

Paul Ryan says we need to cut Medicare and Medicaid to deal with the deficit. You know, right after he and the GOP voted to ADD $1 trillion to the deficit. pic.twitter.com/3r1vdOkd4x

If Trump is impeached, this is where it all started!
(Via Ann German.)

I just walked past a newly minted historical site: the fancy Kensington restaurant where George Papadopoulos had a drunken conversation with an Australian diplomat that sparked the Mueller investigation! pic.twitter.com/67gd9UkY2b

An interesting development. One regular commenter on this site has regularly pointed out the issues with these two states. Another regular commenter has mocked the questions the first raises. Are we about to see who’s right? Mueller at least thinks the issues need investigation!
(Via Ann German.)

Mueller Makes Sudden Shift in Investigation: Trump’s Miraculous Michigan/Wisconsin Wins https://t.co/cOoH74YwYY Said it before an Imma say it again. The Ruskies are great at hackin’ & trollin’ BUT only US pollsters & analysts know the States to this depth. Russia had help. pic.twitter.com/lxhusiYmPX

Jared Kushner by the numbers.

Today, I have been protesting here at the University of Tehran without wearing the compulsory veil. Amongst the protesting men and women. Although I was attacked by tear gas, I am still proud of having participated in this protest. #IranProtests #تظاهرات_سراسرى pic.twitter.com/eI9venKYJS

This woman speaking out against corruption in Iran is brilliant! (Note that she’s not wearing the compulsory hijab either.)

Now you know. They’re more polite in Britain when this stuff happens.
(Via Ann German.)

Come on now Michael, you stole this from @_bethbethbeth_ credit where it’s due. Oh, and it really gets the pedantic folks on Twitter hot under the collar, be warned!

You’re absolutely right. I retweeted her the other day, and I’m trying to quote her again today managed to delete retweet so couldn’t credit her. So now I can. Thank you.

One of the responses was, “Why only in Britain,” to which someone else said, “Depends on the time zones.” SMH. Someone did, of course, point out that there’s a 119 year old in Japan, so it’s not the whole world. Because this is really important stuff. Then someone commented about how interesting it would be to talk to someone with three centuries of experience. That got someone noting how old a 119 year old would be in 1899; there wouldn’t be many, if any, memories let alone experiences! It goes on. Such is the Story of Life on Twitter.

This isn’t just about religion, but that’s a big part of it.

How America Got Divorced from Reality: Christian Utopias, Anti-Elitism, … https://t.co/XxaA7wuu5G via @YouTube

Good to see religion practicing what it preaches.
(Via Ann German.)

Says it all.
(Via Norm Walsh)

How I see certain parts of the US. pic.twitter.com/AmxngeX37b

As Ann German said when she sent me this, “Asimov nailed it.”

The supermoon is here! Be sure to bundle up then lead your “pack” outside to view the #WolfMoon ????, the most super of the three supermoons this winter! pic.twitter.com/Pjddyd4Flu

Look again at this dot… pic.twitter.com/C21ftqzp8O

Looking forward to this!

Trying to finish an article on Why Is There Something Rather Than Nothing? Fortunately, nobody has ever written about this before, so there’s not a lot of prior literature to take into account.

The highlights of the year at CERN.

This is very cool! There are some amazing finds here.

Some of ‘The best fossil finds of ‘ last year:
2min Roundup#Nature #Science
–https://t.co/oh3yyPhY67

Honestly, eels give me the creeps – it’s a hangover from going eeling as a kid. But I can still see the beauty in this.

What is it about eels and Twitter today?
(Via Ann German.)

when i moved overseas my mom sent me a long letter about respectingc”social morays” and i was all pic.twitter.com/jH7vXoPz99

Wow! What a cool creature!
(Via Ann German.)

The fourth in the excellent series about the work of the Norfolk Wildlife Trust.

What a horrible looking frog (?toad), and poor wee mouse! 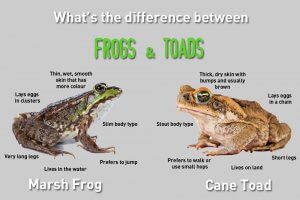 They see me rollin’

What a horrible way to go! Poor beaver!

Beaver frozen in a lake pic.twitter.com/cjx4JQxAJy

I still can’t tell the difference with confidence. It has pretty big ears. I can’t see its tail. It’s antlers grow from a central beam.

You’ve probably seen most of these before, but they’re all nice stories so it’s good to see them again.

These animals saw friends in danger – and jumped in to save them ❤️ pic.twitter.com/Fmq8tx38pV

Shopping With My Bestie ???? pic.twitter.com/GP9fhfL1j5

Not a happy camper!

We rescued a possum! pic.twitter.com/MNEVRNXGdd

Look at those ears!

I’m telling you guys, it was crazy! pic.twitter.com/vgEAOsrU99

What a lovely cat (and staff). A good one to end on!