Entries for the competition closed on 30 September, and I said I’d announce winners shortly after, so here goes. You will remember there were two categories:

1. Sokal-type Essay
Write an essay of an experience that led to a “personal” epiphany of the “undeniable” link between religion and science.

2. Anti-Accommodationist Essay
Write an essay expressing clear and concise arguments to use in opposition to the proposition that religion and science are compatible. 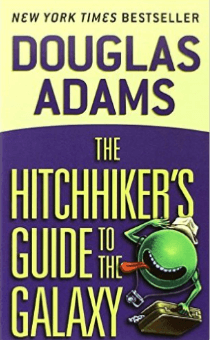 In the end, there were no entries for the Sokal-type essay. My line is that atheists are just too honest to go down that path, but I’m sure others will see it as a lack of imagination. Of course, since that lack of imagination may be the reason we haven’t tripped down the path to the bottom of the garden and seen fairies, I don’t think it’s such a bad thing. And since atheists still managed to write things like The Hitchhiker’s Guide to the Galaxy, we do okay.

There were a couple of people who wrote short statements relating to anti-accommodationism. These are they:

Ben Goren
Religious faith is the highly-touted virtue which provides the foundation upon which all faith traditions are laid. In science, faith is the one-and-only unforgivable sin. The two approaches to understanding reality are no more mutually compatible than haruspicy and an insurance company’s actuarial tables.
…all else is commentary….

Coel
Feynman on science: “The first principle is that you must not fool yourself—and you are the easiest person to fool.”

The apostle “John” on faith: “Jesus saith unto him, Thomas, because thou hast seen me, thou hast believed: blessed are they that have not seen, and yet have believed.”

Why Science and Religion are Incompatible
by Luke Bristow

Science and religion are incompatible because they describe two completely different and mutually exclusive universes. Religions, at least mainstream Abrahamic religions, describe a universe governed by a supernatural being who intervenes in the world in a supernatural way. He* performs miracles. He answers prayers. Metaphorically, he reaches down from heaven and changes things.

In contrast, science, at least on the macroscopic level, describes a universe that is ultimately knowable, because it follows rules. It has laws. It obeys cause and effect. It conserves momentum. And it never strays from these constraints.

In the scientific worldview, you can throw a tennis ball into the air and know with 100% certainty that the arc it carves through the air will follow Newton’s Laws of Motion. And it doesn’t matter how many times you throw the ball – whatever angles, speeds or degrees of force. It will always follow Newton’s Laws of Motion. And it will do so precisely. In fact, it will do so with such precision that the outcome of events can even be predicted. If you know the required details about the ball’s motion upon leaving your hand you can predict how far the ball will go, how high it will go, the period of time it will spend in the air and even where it will land.

But you can’t say that about a universe governed by a supernatural being. Because in such a universe the being, for whatever reason, could choose to intervene in the event. Metaphorically, he could reach down from heaven and nudge the ball.

You could dedicate your whole career to studying material science. And you could use your expertise to develop the most resilient materials possible from which to make planes. You could enforce the strictest quality controls during manufacture, and you could devise the most rigorous safety inspections imaginable to identify when those materials have become compromised. But all this would be for nothing if God one day decided to just drop all the planes out the sky (maybe he was angry about gay people or something).

You could scour the globe diligently collecting all the flight recorders. You could retrieve every scrap of every downed plane. You could carefully piece them together and you would still never be able to figure out why those planes crashed. Because cause and effect was not obeyed. Momentum was not conserved. Newton’s Laws of Motion were suspended, and the scientific worldview was contradicted.

That is why the universes described by science and mainstream religion are incompatible.

One of the really good things about this competition, which I didn’t envisage, is that it’s been over two weeks since I’ve felt up to posting anything, and now I’ve got some good stuff to post without making any effort myself! So if anyone else wants to see their name on the internet, get in touch.