BBC Earth has done it again – given us another wonderful video of native New Zealand fauna. A couple of days ago there was a special video of Tuatara hatching. This time it’s the brown kiwi.

The kiwi of course is the endangered flightless bird New Zealanders get their nickname from.

Anyway, back to the film.

The short film shows the courtship of two birds courting and eventually mating in the wild.

Kiwi are nocturnal, so all the action takes place at night. The photographer nevertheless got some wonderful footage.

The film mentions the unique beak of the bird, which has the nostrils at its tip. When Jerry Coyne and I went to the Otorohanga Kiwi House and Native Bird Park a couple of months ago, he took this pic of a kiwi skeleton. It shows the nostrils at the tip of the beak. 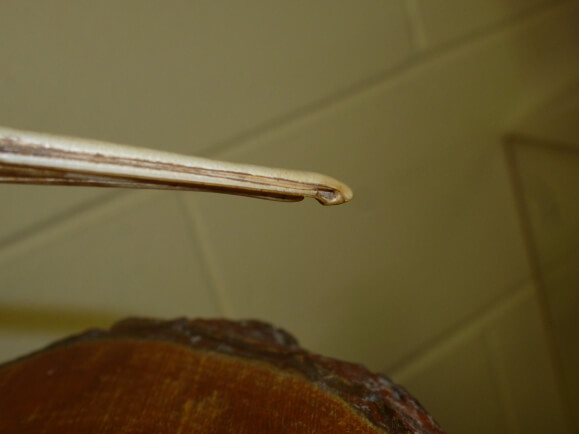 Kiwi nostrils are at the end of the beak. (Photo credit: Jerry Coyne. Click pic to go to the post on his website that includes the pic.)

When the female kiwi comes to lay her eggs, she will be unaware of the unique place she holds in the bird world. Her egg is the largest in comparison to body size of any other. Once laid, the male sits on the eggs until they hatch. Then the parents share the duties of raising the chicks equally. 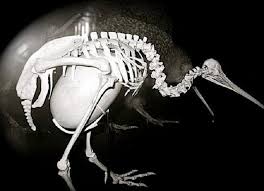 I’m not a scientist, but my assumption is that the lack of predators before human settlement (about 1300 CE) meant there was no need for wings and they grew smaller and smaller. The birds could get all nutrition foraging on the forest floor. That left more energy to devote to the production of the next generation.

We humans brought several animals that hunt and kill kiwi.* As well as dogs and cats, we brought rats, stoats, weasels, and possums. Successive governments are committed to making New Zealand predator free by 2050. Several offshore islands have that status already, and kiwi and other native birds now thrive on them.

New Zealanders generally show a strong commitment to maintaining our environment. One of the things that brings us together as a people whatever our beliefs is a pride in the beauty of our country and uniqueness of much of our flora and fauna.

Besides, it earns us a lot of money in ecotourism! 🙂

* There is no “s” in Māori. All nouns are both singular and plural.