A New Prince, God’s Grace, and Blasphemy Laws (plus Tweets) 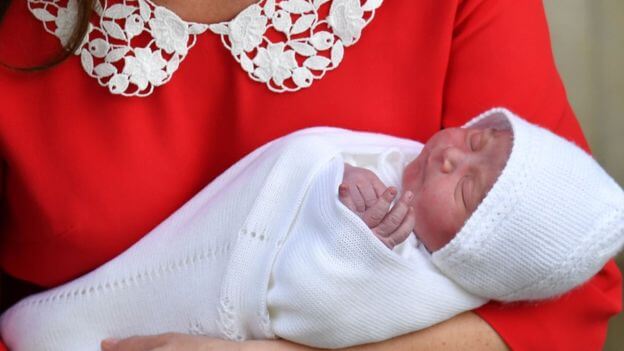 As I’m sure you’ve all heard by now we have a new royal baby, and it’s a boy. Katherine, Duchess of Cambridge gave birth to a son just after 11 am 23 April London time. I can’t let that pass without a mention, if only to piss off the USians! I won’t go into raptures about how cute he is or anything. He’s not a kitten after all! ???? Most of the details are available via tweets, so I’ve included several below.

23 April is St George’s Day and Shakespeare’s birthday, so has historical significance for those of English ancestry too.

For some reason, this all compelled me to look up what the Queen’s full title is. In the process, I made the discovery that in New Zealand, Queen Elizabeth II’s official title is:

Her Majesty Elizabeth the Second, by the Grace of God Queen of New Zealand and Her Other Realms and Territories, Head of the Commonwealth, Defender of the Faith 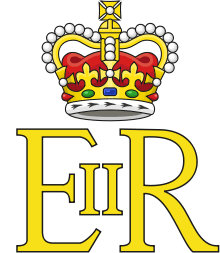 I didn’t know about the “by the Grace of God” bit until I went looking for that official title. As you can imagine, I find the idea ghastly.

Since ascending the throne in 1952, New Zealand has made a couple of changes to what we call her. The above title came into being in 1973, and is the first time “New Zealand” got pride of place. However, “by the Grace of God” has always been there.

Despite being one of the world’s most secular countries, New Zealand does pretty badly when it comes to religious symbolism. I don’t think the Queen’s official title is even one of the things that gives is such a bad rating.

The International Humanist and Ethical Union (IHEU), who does the ratings, is holding their annual General Assembly in New Zealand this year. I won’t be attending as it’s beyond my means. However, I’m hoping that it will bring attention to the fact that New Zealand still has a blasphemy law. More and more countries are abolishing their blasphemy laws, and it’s about time too. Great Britain and Australia got rid of theirs some time ago.

There will be a group of representatives attending a parliamentary reception as part of the General Assembly. This would be an ideal time to announce that the government will be looking at abolishing our embarrassing blasphemy law.

The Kensington Palace Twitter feed is where Prince William, Kate, and Prince Harry post official announcements and pics relating to themselves and their mental health foundation.

(The dates and times are NZ times. We’re currently eleven hours ahead of London – it changes with daylight saving.)

Her Royal Highness The Duchess of Cambridge was safely delivered of a son at 1101hrs.

The Duke of Cambridge was present for the birth.

Her Royal Highness and her child are both doing well.

The Queen, The Duke of Edinburgh, The Prince of Wales, The Duchess of Cornwall, Prince Harry and members of both families have been informed and are delighted with the news.

Their Royal Highnesses would like to thank all staff at the hospital for the care and treatment they have received. They would also like to thank everyone for their warm wishes.

A notice has been placed on the forecourt of Buckingham Palace following the announcement of the birth of The Duke and Duchess of Cambridge’s third child.@KensingtonRoyal pic.twitter.com/82ZCB7F2aQ

It is tradition that a framed notice of birth goes on display on a ceremonial easel on the forecourt at the Palace. pic.twitter.com/xd1XgBV9Ux

The notice will be on display for approximately 24 hours. When it is taken down, it is sent to the Privy Council Office so that the details of may be recorded in the Privy Council records. pic.twitter.com/gc9kvzLat9 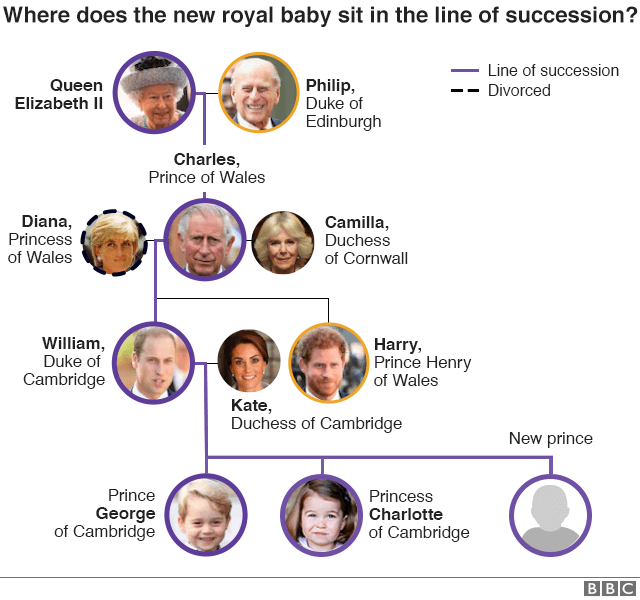 I think this is the happiest I’ve ever seen Melania Trump – relaxed and away from her husband at Barbara Bush’s funeral.
(Via Ann German.)

Trump’s economic leadership isn’t quite what is was supposed to be.

Republicans appointed Trump to manage the economy. For the two years of his administration, he’s been the only US president who’s lacked majority confidence throughout his leadership.
Americans Lack Confidence in Key Economic Leaders https://t.co/GjszEQIXvJ

I was going to write another post on North Korea following the latest developments, and still might. In the meantime, this is important info to remember when making your calculations about what Kim Jong-un is up to.
(Via Ann German.)

It looks like the Utah Republican party are too scared to stand up to Trump. They’re going to make Romney get the nomination via a primary!
(Via Ann German.)

#BREAKING: Mitt Romney failed to secure the GOP nomination for Senate at Utah’s convention, meaning he’ll have to compete in a primary in his bid to replace retiring Sen. Orrin Hatch.

This is my favourite, but some I’m not even going to post were far more popular.

You thought that was enough? Too bad …

I found this really interesting. If you have the time (about fifteen minutes), I recommend watching it.

Most of you probably know about the Dunning-Kruger effect. Here’s a good short video summarizing it.

Why Do Stupid People Not Realize They Are Stupid? https://t.co/wuWBCKx6Ph via @YouTube

This is SO COOL!!! Seriously, watch this! I love these things.
(Via Ann German.)

let’s all take 2:42 out of our lives and appreciate the best of what the human race has to offer https://t.co/ZdPfCRuvQM

More brave young Iranian women joining in the #NoForcedHijab movement. The Iranian government made a big mistake when they arrested the young woman on the plinth who took off her hijab and waved it in the air. They’ve created a martyr.

We need more men to speak out like this.

My last post was about evangelical Christian and Australian rugby star Israel Folau Tweeting that gays were going to hell. One person that didn’t get a mention in that post was New Zealand’s self-proclaimed bishop, the revolting Brian Tamaki. He’s built quite a business on his ability to hear God’s voice. He came out in support of Folau.

The Bible says Hell is a possibility for anyone who doesn’t repent..Jesus didn’t apologise for offending people when speaking Gods Word..If the Gay Community want to be accepted as a part of society then “take it on the nose” like the rest of us #CryBabyGays.

Here he is with Israel and Maria Folau.

Following Tamaki’s announcement that “cry baby gays” would “burn in hell,” he thought it would be a good idea to break council by-laws and burn a pile of rubbish. He fell in and received severe burns.

Of course, I don’t wish ill on anyone. However, the irony of Tamaki being seriously burnt hasn’t escaped New Zealanders.

Brian Tamaki getting burnt in a garbage fire is legit the first time I’ve ever believed there is a God.

there’s a difference between setting Brian Tamaki on fire and thinking it’s funny as fuck that Brian Tamaki set himself on fire.

Silver Ferns don’t win a medal. Waratahs don’t score any points. Brian Tamaki catches fire.
God: Honestly, I dunno how much clearer I can make this.

Most of the tweets are like this one. They see the irony, but don’t stoop to Tamaki’s level.

Brian Tāmaki might want me to burn for eternity but I’m not heartless and creepy enough to want anyone to burn at any time.

Just because someone has made you feel shit for years and years doesn’t mean you should stoop to their level.

I take no pleasure in someone else’s pain.

You can find out more about Brian Tamaki and the Destiny Church, such as his 2003 prophecy that by 2008 he’d be ruling New Zealand, here.

How cool is this! How rubber toys were made in 1957. (With all those women doing the work, you can imagine how another rubber item was dreamed up!)

Mesmerising… (How they made Rubbery Toys in 1957) via British Pathé pic.twitter.com/nILejj3x9f

How things change.
(Via Ann German.)

Swimmers at a Las Vegas hotel watch a mushroom cloud from an atomic test 75 miles away, 1953 pic.twitter.com/NGYOwgd5Gf

Advice from John Waters, born on this day in 1946 pic.twitter.com/mhJvEKNI9f

The article in the link is a well done piece of satire. Very funny.
(Via Ann German.)

Now THIS is funny. Very. Thank you for all of your thoughts and prayers. I have fully recovered…BIGLY.
Opinion: Right there in the middle of 5th Avenue https://t.co/91C5VXqry5

The last series from these guys was the story of Rosetta and Philae. Now we have a great new series about ESO’s trip to Mercury. Here’s episode one, introducing the craft.

The first photo of Earth from the moon was taken by NASA’s Lunar Orbiter 1 on August 23, 1966 #HappyEarthDay2018 pic.twitter.com/4OtjYKFZ5w

Okay! Best tweet of the day! I want one! This is one of the coolest things I’ve ever seen!!! I could get to all the places I can’t get to because I can’t walk very far, like the top of the nearby mountains and other places in New Zealand’s great outdoors! All the places I used to go to but can’t anymore!
(Via Ann German.)

White alligator is one of the rarest in the world.

This Earth Day ???? it’s time to think about plastic. In nature there’s no such thing as ‘throwing away’. Discarded plastic can make its way into the ocean via drains and waterways. Do your part by reducing your own use of plastics: https://t.co/tRbBy18v2P ????: Katherine Clements pic.twitter.com/KLN2ry4UJr

But it looks so cute!
(Via Ann German.)

This is Jorunna parva, a type of sea slug, dubbed ‘Sea Bunny’. Although it looks cute, this ‘Sea Bunny’ is very toxic. It extracts these toxic compounds from the sponges it eats pic.twitter.com/BlZOsFObZy

There’s nothing creepy about monarchs. I love them!

How cute is this! A hedgehog taking a bath!
(Via Ann German.)

He’s a long way from home!

The largest eagle in Africa? Weighing in at around 14 pounds, with a wingspan of about 6 feet, is the Martial Eagle. Its range spans much of sub-Saharan Africa. It’s an apex predator & opportunistic hunter, feeding on whatever is available— mammals, lizards, and other birds. pic.twitter.com/Qwd9czTxY1

Another great story from Wildlife Aid.

Owls are cool, and this is cool too.
(Via Ann German.)

That would be lovely. (Except I might not be able to get back up again!)

Gotta get those stretches in before cuddles …

getting those stretches in

Most of you have probably seen this one because I sent it to Jerry Coyne and Grania for WEIT.

Mark Twain and his cats.

A new kitten is born to a rare breed.

A new pic from Ainoshima Island in Japan.
(Via Ann German.)

Wow! Absolutely gorgeous!!! Lovely one to finish on!
(Via Ann German.)