A Miscellany of Stupid (plus Tweets) 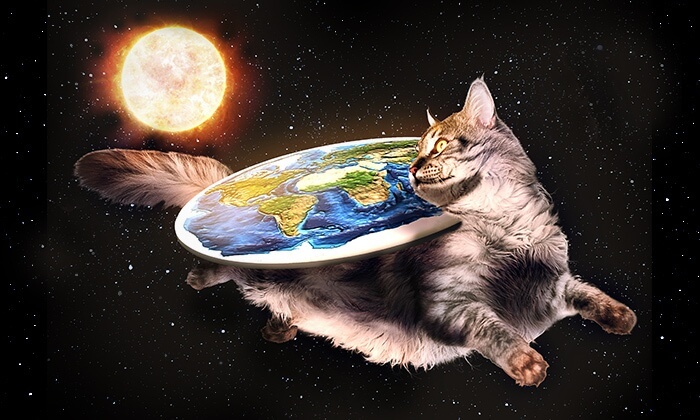 I wasn’t planning to do a Tweets Post at the moment. I’m working on a couple of other more substantial posts that are taking a lot of time. However, there are a few things I want to bring to your attention. They’re not Good Things. They’re WTF things.

As I’ve said before, I’m (very) slowly doing a post about John Bolton. I think Donald Trump is aware that bringing Bolton into the White House is increasing the impression that he’s a warmonger. Despite liking to be seen as the Ultimate Tough Guy, he’s not so keen on the moniker “warmonger”. It appears he’s doing something about it. I couldn’t believe what I was seeing when this came on my screen. This is what you get when you try and do the right thing and learn other points of view!

This, dear readers, is the ‘Trumpy Bear Official Commercial’. I thought this was going to turn out to be some sort of left-wing mockery of Trump. But no. It’s real!

A new video has come out from The Daily Show to encourage people to vote in the final of ‘Third Month Mania’. You can find my take on that here if you haven’t already read it. There are three days left to vote, so be quick. It only takes a few seconds, and you can vote here.

Some Americans are Ignorant and Proud: Flat Earth Edition

This is a YouTube channel I’ve just found: Some Americans are Ignorant and Proud. This is video #127, so they’ve been around a while. I watched a couple of their other videos and I think they’re pretty funny, but I may have a warped sense of humour.

This recent video is dedicated to flat-earthers. Take note of the guy from around 3.30 on, who uses a model plane and globe to demonstrate “… the simplest irrefutable flat earth truth.” He earlier declares that everything he learnt in school after the sixth grade was a waste of time.

There’s some good stuff from Neil deGrasse Tyson in there too, especially right at the end.

Some memes you’ve probably all seen before … 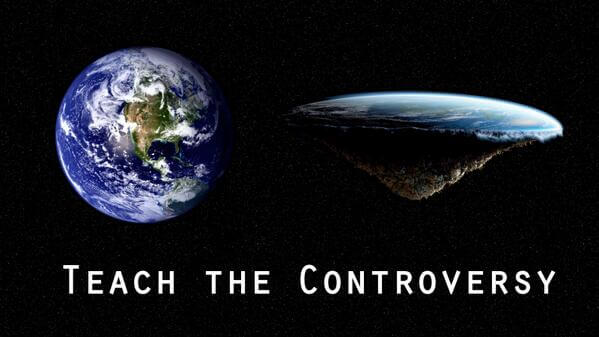 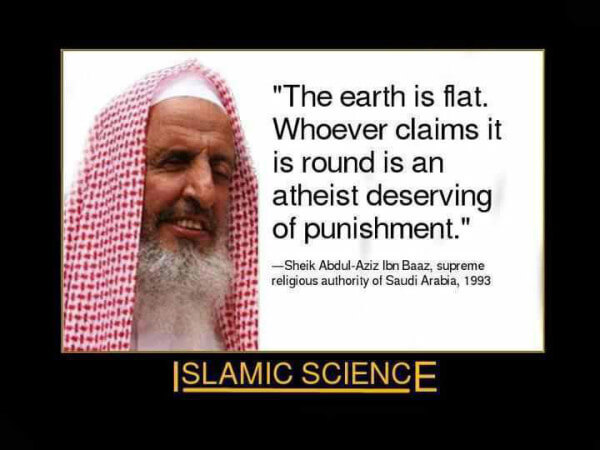 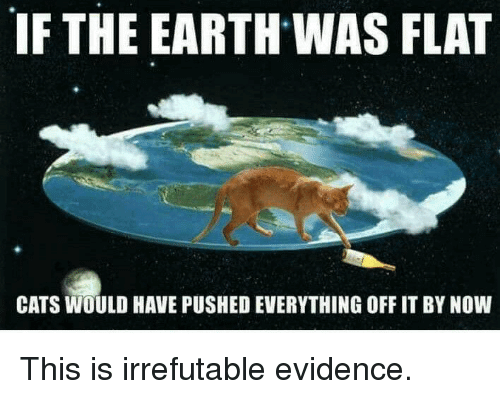 In honour of the stupid theme, here’s a tweet of mine.

The real reason the GOP don’t want to raise teacher wages. (Did you ever notice that the worst education rates are in red states?!) pic.twitter.com/61sHujbIM7

Scott Pruitt is the subject of a lot of discussion in the comments on the last post, so I thought I’d post these recent cartoons about him: 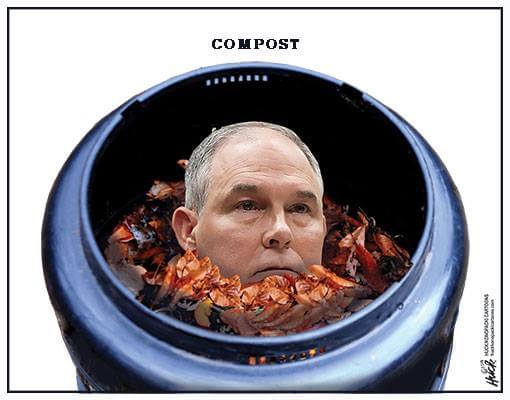 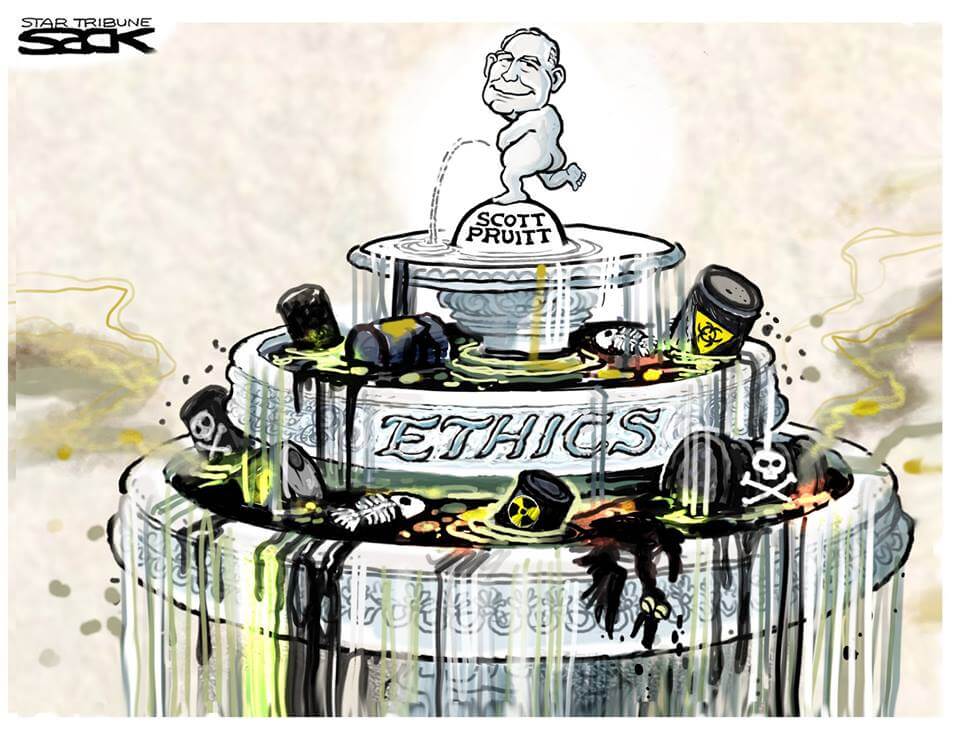 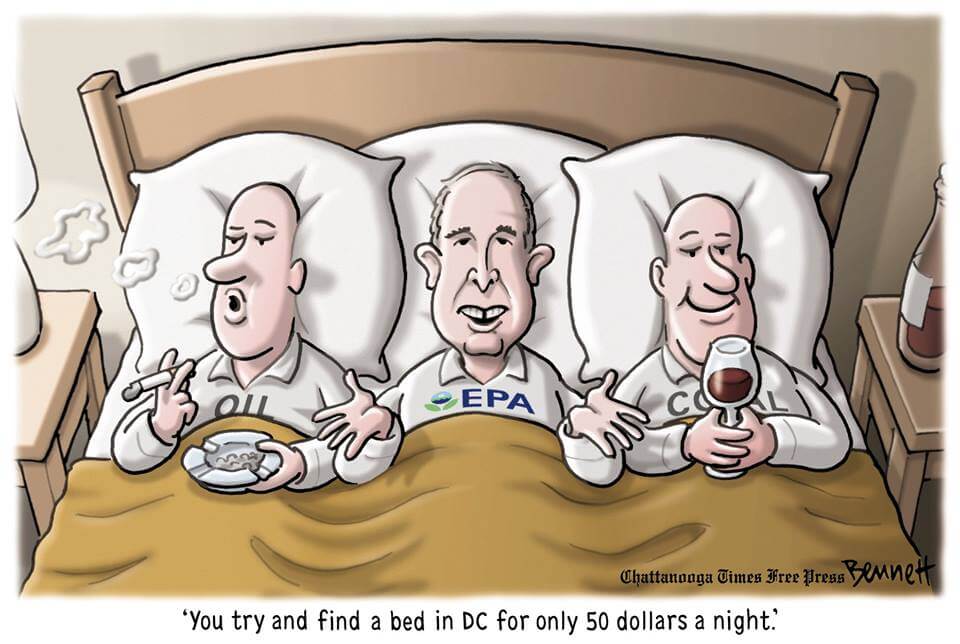 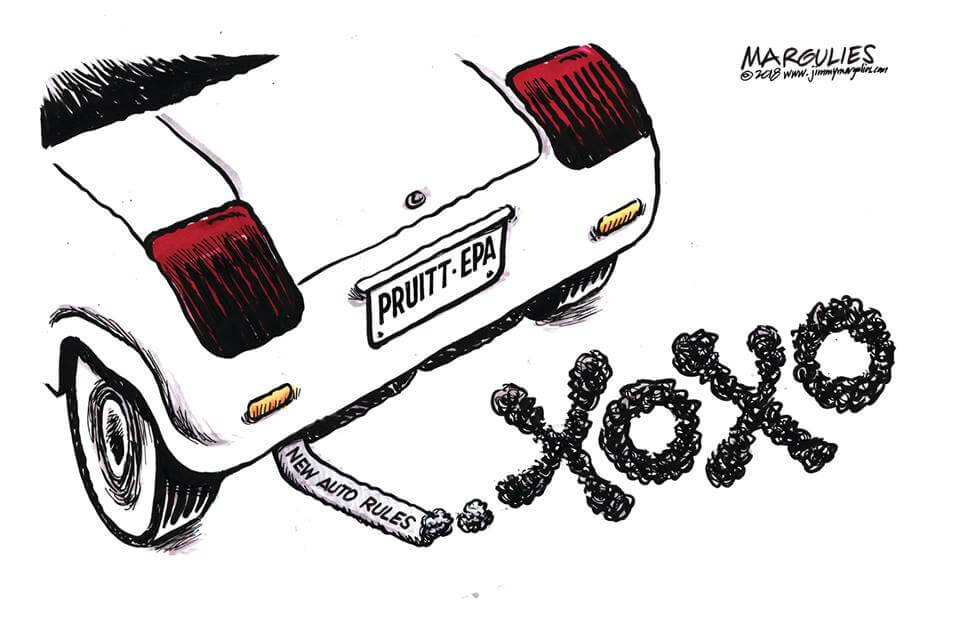 And since we’re on the subject of politics, I have to include Political Tweets.

The US border with Mexico according to #TrumpLies pic.twitter.com/eWsKqO0WA3

This article by Madeleine Albright is one I highly recommend.

A must read by Madeleine Albright:

Will We Stop Trump Before It’s Too Late? https://t.co/9d2QmKA0sz

This could get interesting …
(Via Ann German.)

I really want to see the Presidential Directive ordering Kushner to do this.

If there isn’t one, he’d better get fitted for an orange jumpsuit.https://t.co/lB368INNpi

“Armed with subpoenas compelling electronic records and sworn testimony, Mueller’s team showed up unannounced at the home of the business associate, who was a party to multiple transactions connected to Trump’s effort to expand his brand abroad”https://t.co/yyxN7KcYOu

Due to Sinclair Media being in the news, they’ve been a favourite topic of the political cartoonists in the last few days.

A man got a rejection slip for his manuscript from a female publisher. He went berserk on Twitter, deciding there was #MisandryInPublishing. There’s a pic of one of his tweets in this tweet:
(Via Ann German.)

Imagine being so threatened about acknowledging your own privilege you decided periods were a freakish, voluntary political statement ???? #misandryinpublishing pic.twitter.com/URlOWdTITj

There were quite a few hilarious response to his outburst, but really, it boils down to this …

Misandry: A woman hurt my feelings.#Misandryinpublishing

You may think this belongs in the Political Tweets section, but I want to separate it from politics in the way John Pavlovitz has. This is about something much deeper and more important. The Trump presidency is doing enormous damage to the fabric of US society. The divisions were already there before Trump became president, but now they’re laid bare. I urge you all to read the article in the link of this tweet. In fact, to make it easier, just click here.
(Via Ann German.)

“It’s about my grief at the ugliness you feel emboldened to post on social media now, the nastiness you seem newly capable of, the disgusting words you now so easily toss out around the dinner table.”#SaturdayMorning https://t.co/jC5F0GcIdq

I’ve never come across these before. Very cool looking buildings!

‘The Gurunsi (Kassena) tribe live in fortified houses in the Tiebélé region on the border of Burkina Faso and Ghana. pic.twitter.com/vIJHg2Xs4K

I wish this went on longer – I could just sit here and watch it for ages.

London’s had such an amazing history for centuries. It would be so interesting to visit during any of them. (Well maybe not during the Blitz or when plague was raging!)

This Indian dessert looks like a flower-shaped funnel cake pic.twitter.com/mKVOJg0WPh

A Jedi master by a Lego master!

“When made out of #LEGO bricks you are, look as good, you will not, hmmm?” | The great Jedi master lives again in this huge #Sculpture by Felix Jaensch. – https://t.co/TCYrkvi9iY | #Character #StarWars #Models pic.twitter.com/WBjtnA3huw

How’s this for a cool mushroom! I don’t know anything about it – I hope one of you can tell me more!

Why mosquitoes bite some people and not others https://t.co/p9anUtWGs8

I challenge you to watch this without a tear coming to your eye!

When this orphaned baby chimp arrived at a sanctuary, he was so terrified that he wouldn’t let anyone touch him. Then he met a friend who changed EVERYTHING ???? (via @ApeActionAfrica) pic.twitter.com/w0zAgxAjpd

I’m not sure how they know it’s smiling, but I’ll take their word for it …

Another nice rescue from the lovely people at Wildlife Aid.

The latest news on what’s going on at Slimbridge. It’s not just birds – there’s news on the frogs and toads too. Slimbridge is on my list of places I have to visit if I ever get to England.

A chilled out kookaburra.

It amazes me sometimes how relaxed some wildlife can be around people. This kookaburra just sat on my fence as I took a close up on my iPhone. Calm as anything it really is nice having such great wildlife in the burbs. pic.twitter.com/O1e1P09JBZ

No, no, no… you’re not supposed to swallow peanuts whole! pic.twitter.com/u8cwT4PrAB

This rescue dog was scared of everything until she met this amazing little boy. Soon, someone from her past came along — and she made their family SO complete ???? pic.twitter.com/HNcYgLEXIJ

I’ve seen this before, but it’s so cool. He clearly loves it. His wee tail wags all the way down.

this video always cheers me up pic.twitter.com/2Vf3rdgXTK

What a cool cat!

It’s not just the kookaburra that’s chilled out!

If you’ve got this far, here’s your reward. There are two new Simon’s Cat videos out. First up, here’s ‘Polished Paws’.

And last but not least we have Simon’s Cat‘s ‘Guide to Spring’. Enjoy!