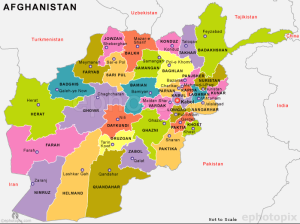 My number one worry is still Syria, but it’s not the only part of the world that needs to concern us all at the moment. Another is the province of Kunduz in northern Afghanistan. The Taliban is resurgent there, and the people are suffering even more than usual as a result.

On 6 October 2013 there was a ceremony at the international military base in Kunduz. It marked the formal hand over from the German military (Bundeswehr) to the Afghan security forces. By the end of that month, all the approximately 900 German soldiers there had gone. At the time Spiegal International reported , “The security situation in Kunduz remains tense and has worsened again in recent months.” It already looked like this region would be disputed, and that has indeed been the case. Traditionally, northern Afghanistan was the safer part of the country, which is why the less experienced German army was delegated to the area, but it was also where Germany lost most of their soldiers killed in Afghanistan. 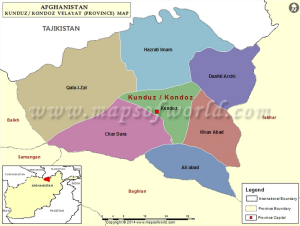 Kunduz came to international notice again recently because it was there that the Médecins Sans Frontières (Doctors Without Borders) trauma centre was bombed by the United States military. According to Médecins Sans Frontières, on 3 October 2015 “Twelve staff members and at least 10 patients, including three children, were killed; 37 people were injured including 19 staff members.” They are calling “… for a full, transparent, and independent investigation into …” the event. 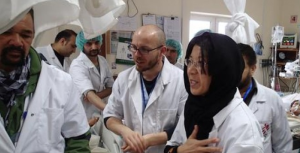 This was not just an attack on our hospital – it was an attack on the Geneva Conventions. This cannot be tolerated. These Conventions govern the rules of war and were established to protect civilians in conflicts – including patients, medical workers and facilities. They bring some humanity into what is otherwise an inhumane situation.”

“We are seeking an investigation into the Kunduz attack by the International Humanitarian Fact-Finding Commission. This Commission was established in the Additional Protocols of the Geneva Conventions and is the only permanent body set up specifically to investigate violations of international humanitarian law.”

Just hours ago, the Pentagon, which has made no airstrikes in Kunduz since the destruction of the trauma centre, has announced it will make condolence payments to the victims of the strike. That, coupled with President Obama’s apology is a step in the right direction. According to Reuters via Yahoo News: 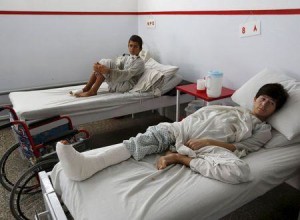 The U.S. Department of Defense will seek to make “condolence payments” to families of victims of a U.S. air strike that mistakenly hit a Medecins Sans Frontieres hospital in Kunduz, Afghanistan, killing 22 people, the Pentagon said on Saturday.

“The Department of Defense believes it is important to address the consequences of the tragic incident at the Doctors Without Borders hospital in Kunduz, Afghanistan,” spokesman Peter Cook said in a statement, adding the United States would also pay to repair the charity hospital.

“U.S. Forces-Afghanistan has the authority to make condolence payments and payments toward repair of the hospital. USFOR-A will work with those affected to determine appropriate payments. If necessary and appropriate, the administration will seek additional authority from the Congress,” he said.

This attack on the MSF trauma centre is an appalling tragedy that should never have happened, and we’re all naturally shocked and disgusted by these deaths. However, we need to remember that according to the Watson Institute at Brown University, by January 2015 of the approximately 92,000 who have died in Afghanistan since the war began, more than 26,000 were civilians. Another 100,00 were injured. These deaths and injuries are just as tragic as those at the MSF trauma centre.

In addition, the United Nations Commissioner for Human Rights (UNHCR) has reported a new high in civilian casualties in the first six months of 2015: 1,592 deaths and 3,329 injured. They say, “The vast majority – or 90 per cent – of civilian casualties resulted from ground engagements, improvised explosive devices, complex and suicide attacks and targeted killings …” They break down responsibility for the casualties as follows:

Fighting between the parties to the conflict that could not be attributed to one specific party caused 10 per cent of civilian casualties while unattributed explosive remnants of war [i.e. mines] caused the remaining four per cent.

The reason international forces are fighting in Kunduz in particular is the resurgence of the Taliban in the region. On 28 September the Taliban attacked and took control of the capital of Kunduz province, also called Kunduz, a city of over 300,000 and the fifth largest in Afghanistan. This is the first time the Taliban has been in control of a major city since 2001. The fighting in the region, and especially some of the tactics used, are the reason the civilian casualties are so high.

The Taliban attacked the city on three sides – the west, north, and east. In the days before the attack it’s estimated 500 Taliban fighters entered the city surreptitiously and insinuated themselves in the population. In addition, many locals decided to join them once the battle started. The Afghan government has since retaken the centre of the city from the south, where the airport is located. Both sides are using local homes and businesses as cover.

The Taliban has not been strong in the north since they lost control there in the early days of the war. Mostly, they have been active in the south, but their influence is spreading again thanks to the failure of central government. They are now apparently threatening another major city, Maymana, capital of the northwestern province of Faryab. The Wall Street Journal reports that they have taken control of two districts in northeastern province of Badakhshan too. 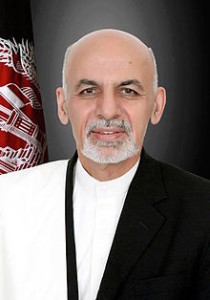 Former president Ahmed Karzai was well known for his unreliability among both his own people and his allies, as well as his own and his government’s massive corruption. Virtually all officials were corrupt and bribes were routine. With the election of Ashraf Ghani in September last year, people were hoping for an improvement, but this is simply not happening quickly enough.

Ghani, a former World Bank official, began in Kunduz by removing most of the current officials. However, when the Taliban looked like they might take control of the city six months ago, the government allied itself with local militias – a tactic that has now backfired.

Afghanistan ranks 172 out of 175 in the Global Corruption Index for 2014 with a score of 12/100. Believe it or not, that’s actually an improvement: in both 2012 and 2013 their score was only 8/100. The government isn’t trusted, so although the people have no desire for the religious extremist (Sunni Islamist) government imposed by the Taliban, they recognize that at least they generally stick to the law they apply. For this reason there are examples of moderate Sunnis and even Shi’a cooperating with them. Corruption is still too big a part of the official government and brutal and draconian as Taliban rule is, apparently it is also fair. Take this account from the Wall Street Journal:

When Mohammad Akbar’s family found itself in a dispute over a tract of land in the Kunduz countryside last month, he turned to the Taliban for justice. A local Taliban judge never solicited a bribe and settled the squabble in just a few days—in contrast, Mr. Akbar said, to the slow, often corrupt, state-run courts.

Mr. Akbar, a fluent English speaker and member of the Shiite Hazara minority, fled to Kabul to escape recent violence in the northern Afghan province. He doesn’t yearn for the return of harsh Taliban rule to the country, he said, but like other residents of Kunduz he has little regard for the provincial or federal government. “People are fed up with paying bribes,” he said.

Thousands of locals fled the city during the attack and are now internal refugees, adding to the 948,000 the United Nations High Commissioner for Refugees (UNHCR) had already profiled as internally displaced due to the conflict at the end of August 2015. The Waslat website says 2,000 passports are being issued every day to Afghans wanting to leave the country, many of them the very people the country needs if it’s to succeed. In addition, in 2013 and 2014 combined, 67,585 Afghans sought asylum in the EU, second only to Syria. (See here.)

General John Campbell, who has been the Afghanistan Operations Commander for the last fourteen months testified before the Senate Armed Services Committee on 6 October. While he was optimistic about the continued improvements to be seen in the Afghan security forces, he considered they were not yet ready to go it alone. He said, “The difference between the Ghani administration and the previous administration is like night and day.” The Ghani administration, he said, was much more appreciative of the coalition’s role in supporting his government, and has asked for help to be extended by delaying plans to remove troops by the end of 2016. General Campbell’s recommendation was that the US should accede to president Ghani’s request. He says he has given a range of options to president Obama via the chain of command, and laid out the pros and cons of each.

His reasoning for extending the deployment is that circumstances have changed since the plan to leave except for an embassy presence was made in 2014:

Afghanistan is clearly at a decisive point militarily and allied support could make all the difference to the future of the country. As reported by Stars and Stripes on 9 October:

Even if the government ultimately prevails throughout the city and its environs, the political and military damage to the Afghan government by last month’s rout in Kunduz has been enormous, shaking public confidence.

As such, the country is at a critical juncture. I never thought I’d say this, but I support the proposal for the US military to delay leaving Afghanistan. The Afghans have made enormous progress since the election of president Ghani and the country now has a future. I’d like to see them get the opportunity to realise it.

When I was looking for maps of Kunduz, I came across this picture. It has absolutely nothing to do with my post, but it’s such a cool picture, I had to include it. It’s from Flickr, and was posted by russell_s. It had no caption except “Kunduz, Afghanistan.” 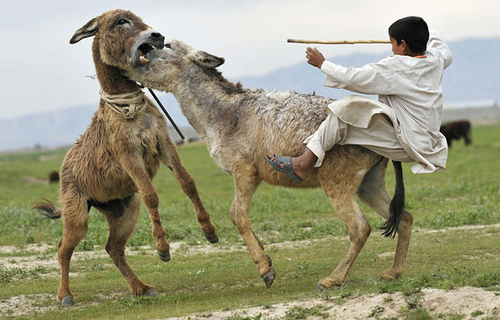