Winner of the Week – 25 October 2015: Hillary Clinton and The Back-Flipping Hamster 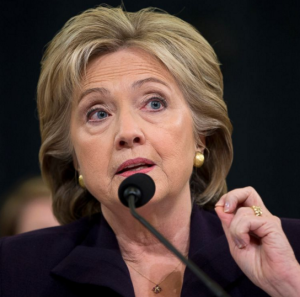 I was just going to do this post about the hamster (below), but Hillary Clinton is such an obvious candidate for Winner of the Week this week, I couldn’t really ignore her. After a tough few months, it’s all looking pretty good for both her and the Democratic Party:

These morons in Gowdy’s committee were so bent on proving that Hillary is an unfeeling, ambition-crazed schemer bent on riding gleefully to the White House on the corpses of Benghazi victims that they ended up making her look like the one thing she really isn’t, at least not very often: a regular person.

Having to face down that absurd accusation will humanize Hillary anew with a Democratic electorate that had begun to wonder what she really stood for. Now she’s not an aristocrat who takes money from Goldman and Citi, she’s a symbol of a majority demographic that is officially tired of being told it isn’t American enough. You can’t put a price on the ad the Republicans gave Hillary Thursday. I think they won her the White House.

All in all, Clinton’s campaign is looking in much better shape than it has for a long time. Add that to the current lack of a credible Republican candidate, the changing demographics, majority views of the national electorate, it’s looking very positive for a Democratic Party win in the November 2016 election.

I Think this Hamster is Broken

But this is better than all that. This hamster has learnt to do back flips!

So, the important question is: “Is the hamster broken, or is it just having fun?” Maybe it just likes Hillary Clinton and is celebrating in the best way it knows! I think it’s just enjoying itself. 🙂