These are the winning photos from Cambridge University’s 2015 Engineering photo competition. The annual competition is sponsored by Zeiss and always has many beautiful images.

This year’s winner, by Rachel Garsed, is called Shot in the Dark. It’s of a bullet hole pattern in liquid crystal. Second prize went to Andrew Payne for his image of a titanium “comet,” which he called Titanium Comet Diaspora. Dilek Ozgit and Andrea De Luca jointly submitted the third-prize winning image, which is of multi-walled carbon nanotubes.

There were also other prize categories. The Zeiss SEM prize for a micrograph captured using an electron microscope was won by Kenichi Nakanishi. His image, called Under the Covers, was of cave-like formations in graphene. The Head of Department’s prize went to Alex Kendall. Kendall developed a system that was able to take a video from a smartphone or similar and translate it so a robot would be able to navigate using the images.

All images described above are in the video below.

There were nine other beautiful photographs that won prizes in the competition, and many other impressive entries, which can be seen on the University’s website. Some of my favourites are: 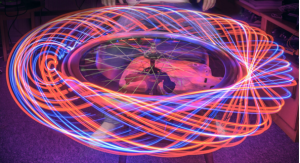 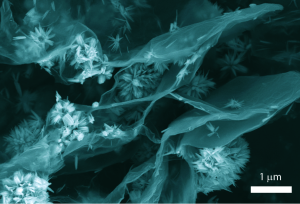 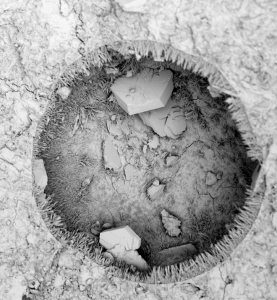 Who would have though cement or batteries could be beautiful?

The panel of judges included Kenneth Png from ZEISS, and the Department of Engineering’s Professor Roberto Cipolla, Dr Allan McRobie, Head of Department Professor David Cardwell, and Director of Research Philip Guildford. Guildford said that the judges were once again impressed by the quality of the images they received. “I love the way in which the essence of engineering can be captured in a single beautiful image – these intriguing works of art convey wonderful stories of determined engineers battling to crack real world problems and finding the most elegant answers,” he said.

I didn’t know engineers could wax lyrical so well either!