Fantastic news! Neither Guinea, Sierra Leone nor Liberia has had any new Ebola cases for almost two weeks. This is the second time Liberia has been declared disease-free, but they had a flare-up in June which set them back. Now though, it looks like they’ve finally got the all clear.

As it stands now:

Liberia: No new cases for more than 42 days, and thus officially free from Ebola.

Guinea: No new cases since 27 September.

As can be seen from the map below, more than 11,000 people of the around 28,000 infected died from Ebola in this outbreak, many of them healthcare workers. They gave their lives to save their fellow human beings, and are heroes in my opinion. 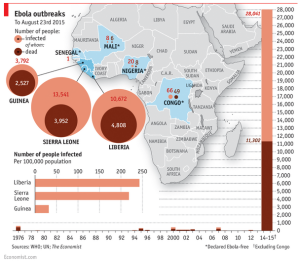 This outbreak was not just devastating because of the loss of life, but the devastating effect it had on the economies of all three countries. When the outbreak occurred, these countries were all recovering from internal conflict. They finally had strong leaders trusted by the international community and were making great strides in combatting corruption. Economic progress had been made and this really was the last thing they needed. 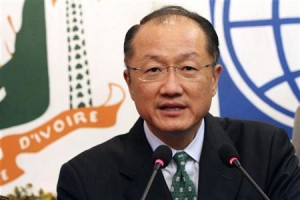 At the start of the outbreak, the head of the World Bank, Jim Yong Kim, who is a doctor and infectious disease specialist as well as an economist, predicted that that it would be “potentially devastating” for the region. The World Bank revised its growth targets for the three countries down:

To help in the crisis, the World Bank approved a US$105 million grant to “help families and communities cope with the economic impact of the crisis, and rebuild and strengthen essential public health systems in the three worst-affected countries to guard against future disease outbreaks.” The breakdown was: “US$52 million for Liberia, the country with the highest number of Ebola infections, US$28 million for Sierra Leone, and US$25 million for Guinea.” The money came from the International Development Association, which is the World Bank’s fund for the planet’s poorest countries. It’s usually used in natural disasters, but because quarantine restrictions caused food and other basic supplies to be unavailable in many areas, the situation was similar to a natural disaster. (Source: World Bank)

This was actually the 26th Ebola outbreak in Africa since it was identified in 1976. According to the World Health Organization, “There have been more cases and deaths in this outbreak than all others combined.” 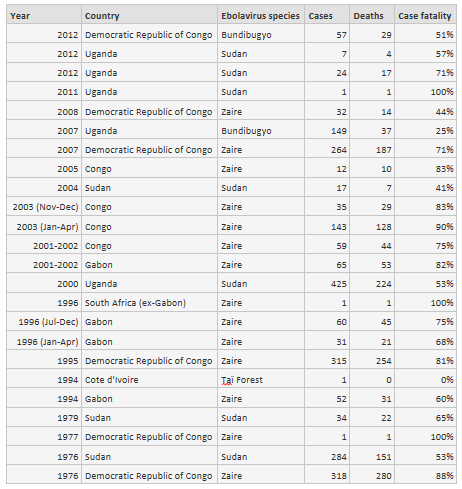 The one good thing that has come out of this tragedy is that there is now an effective vaccine, produced by Merck and NewLink Genetics. GlaxoSmithKline are working on another one, and J&J are currently performing clinical trials on a third.

Johnson & Johnson has begun a clinical trial of a two-shot Ebola vaccine in Sierra Leone, underlining its determination to push ahead with development, even as the epidemic fades out in West Africa.

Scientists and drug companies are continuing to research the potential of alternatives, since different kinds of vaccines may be better suited for different population groups.

“Both regulators and governments around the world have encouraged us to continue,” Paul Stoffels, J&J’s chief scientific officer, told Reuters.

Campaign groups such as Medecins Sans Frontieres are also keen to see multiple manufacturers in order to have competition in the vaccine market to ensure lower prices and ample supply.

J&J, which is working with Bavarian Nordic in developing its vaccine, said on Friday that trial recruitment was underway in Sierra Leone and the first volunteers had received their initial vaccine dose.

This is the first study conducted of the so-called prime-boost vaccine regimen in a West African country affected by the recent Ebola epidemic.

J&J’s vaccine uses a combination of two components to strengthen the immunity and make it last longer. The U.S. healthcare company said it had scaled up production to more than 800,000 two-shot doses and had the capacity to produce 2 million if needed.

Scientific experts believe the success of Merck and NewLink’s vaccine suggests other products in trials should also prove effective.

Although these alternatives may not be tested in preventing Ebola cases, given the current lack of disease, they could still be licensed and readied for use in future outbreaks based on human immune response results and data from non-human primate experiments.”

So maybe the world, and especially the people of Africa, won’t have to face something like this again. If and when there’s another outbreak of Ebola, we’ll be able to tackle it far more effectively than we managed this time.