‘Why Evolution Is True’ Visualized: Parts I and II 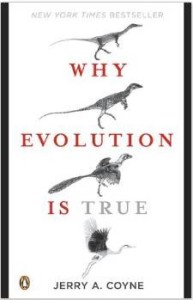 The MassComprehension channel on YouTube is gradually releasing Jerry Coyne’s Why Evolution is True Audio Book as a Video Book. The first two parts have just been released, and so far a great job has been done of visualizing the book, and the nine minute clips are an easily digestible length to use as a learning resource also.

Newsweek named Why Evolution is True one of the “50 books of our time” in 2010. It was a New York Time bestseller when it was originally published in 2008, and the 2010 reprint is still number one in Organic Evolution on Amazon. From 379 current reviews on Amazon, it has a rating of 4.4/5, with 72% of reviewers giving it a 5/5 rating. I never got around to reviewing it myself, but if I had it’s get a 5/5 from me too I thoroughly recommend it.

Here is Part I: Introduction, Evolution and Gradualism