Who Y’all Gonna Vote For America?

Anyone who follows this blog knows that if I was a US citizen I’d be voting for Hillary Clinton in the November elections. I don’t claim that she’s the perfect candidate, but I do think she’s the best option. She’s wickedly smart, easily the best informed, and although I know I’m not going to convince anyone who believes differently, not the crook and liar she’s portrayed to be.

My friend Jerry Coyne has been getting a bit sick of me recently because I’ve been posting a lot of anti-Trump cartoons on Facebook. He started by posting a kitten in the comments whenever I did it, but there were so many I think became too irritating for him to even bother with that! Anyway, Jerry posted this video today. Dave Rubin is someone I have a lot of time for, so I watched it: 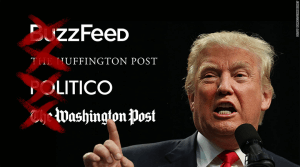 Now what to do if you’re a USian faced with the current choices and the current political system is definitely a quandary. As Rubin points out, a vote for Clinton further embeds the current system while a vote for Trump will supposedly blow it to smithereens. I say “supposedly” because I really don’t think the system will change, at least not for the better, if Trump becomes president. Already he is banning news organisations from his press conferences and has said he wants to change libel laws to make it easier to sue them. I think he would actually make government less open than it is now.

As Rubin says in his video, the majority of USians are socially liberal and fiscally conservative. The only presidential candidate who really matches that description, again as Rubin points out, is the Libertarian Party candidate Gary Johnson. On the other hand, I suspect Clinton will govern in a more fiscally conservative manner than her campaign speeches express.

Rubin stated towards the end of his video that at least until the presidential debates, he will be supporting Gary Johnson. His reasoning is that both the Democratic and Republican parties, along with their presidential candidates, are broken. On principle, giving either your vote is supporting what they have become. Because of the way the rules work in the United States, a candidate must get at least 15% of the national vote in five specific respected polls. Politico reported it thus:

The Commission on Presidential Debates announced on Monday the five polls it will use to determine which candidates will make the stage in the fall’s general election debates.

In addition to being eligible for the presidency and be on enough state ballots to “at least have a mathematical chance of securing an Electoral College majority,” candidates must have a level of support of at least 15 percent as determined by the most recent polls of the five organizations listed above.

(In New Zealand, of course, we see candidates that barely achieve one percent of the national vote in the debates, but, quite frankly, our whole electoral system is one of the fairest, if not the fairest, in the world.) 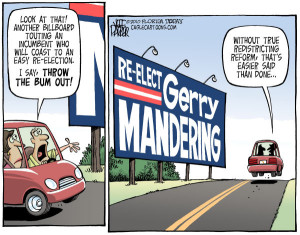 So, getting back to Rubin, if enough people support Johnson at least until the debates, it would give the two major parties something to think about. I don’t know whether or not I would do that if I was a USian, but I certainly understand his reasoning. I personally have a fairly low opinion of Gary Johnson. Who is the president of the world’s most powerful country matters to all of us, and from outside the country the potential president’s foreign policy expertise carries a lot of weight. Although he’s not the loose canon that Trump is, I find Johnson lacking in that area. However, voting for him is a tactic worth thinking about. Corruption, the influence of big money donors and lobbyists, gerrymandering, the ability to take whole states and demographics for granted and therefore ignore their needs, and little or no consequences for outright lies to obtain voter support are all big problems in the USian system.

In my (not really very) humble opinion, the whole system needs a major overhaul. I think most people recognize that. However, those in power will always protect their power and so they have little motivation to change. Any change agent would also be fighting against the belief taught since childhood that the United States of America is the greatest democracy the world has ever seen and that any criticism is unpatriotic.

I can’t see getting Johnson onto the debate stage doing any damage so perhaps the way to start the conversation about fixing the system is for that to happen. Maybe USians should consider supporting Gary Johnson in the polls leading up to the presidential debates.