Has the USA Education System Been Set-Up to Fail?

I have to say up front that I have no expertise whatsoever in the field of education. This post is just a comment on what looks to me like a disaster waiting to happen. If anyone can give me evidence that my instinct is wrong, I’ll be glad to hear it.

From an outsider’s point of view, pre-tertiary education in the US hasn’t looked that great for a while. They’ve been slipping down international rankings for years. However, it was easy to dismiss that because several countries, particularly in Asia, have been making huge efforts to improve their own systems. Therefore the reasoning was that it wasn’t that the US had gone down, it’s that the others had caught up. That excuse can no longer hold water and I think things are set to get worse. 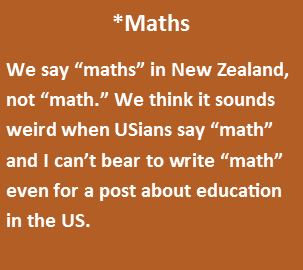 The Programme for International Assessment (PISA) assesses 15 year old students every three years in reading, maths* and science. In 2012 65 countries participated, 34 of which are OECD nations. (The 2015 results will be available on 6 December 2016.)

Overall 510,000 students representing the 28 million of that age in the participating countries were tested. That included just over 6,000 students from 161 randomly selected schools in the United States. They came 36th in maths, 24th in reading, and 28th in science.

For a country that prides itself on its education and spends more per student than (almost) any other nation, that’s really bad. Clearly something needs to be done. PISA reports that the 10% most disadvantaged students in Shanghai achieved similar maths scores to the 10% most privileged students in the United States. My opinion is that it’s not the average spend per student that’s the problem, it’s the way the funding is allocated. 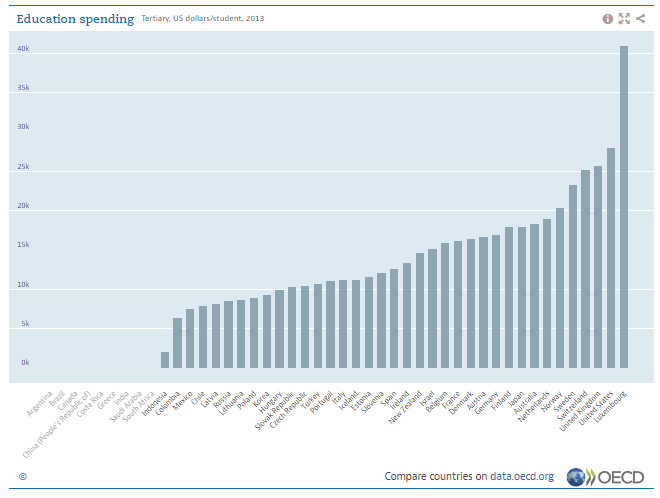 Funding of public schools is an area which I think New Zealand does a better job than the United States. In the US, school funding is based on property taxes. Therefore schools in wealthy areas get much more money than those in poorer areas.

In New Zealand, all schools get the same basic amount per student. However, extra funding goes to schools with students with higher needs. There are multiple criteria for eligibility for extra funding.

Also, almost all intermediate and high schools, and more and more primary schools, have uniforms. This reduces the cost of clothing for children significantly. More importantly in my opinion, it stops the tendency amongst students to judge others by what they wear.

The Reasons for Declining Education Standards in the United States

Education in the United States has been going downhill for a while. My own opinion is that there are three main reasons for this:
1. The increase in charter schools. Politicians from all quarters praise them in the US, which seems to be because that’s what they think the public want to hear.

Some of these schools are good of course, and they are used to promote the cause. But no one knows for sure because they don’t appear to be routinely monitored or held accountable.

There are many though that aren’t so good. The Washington Post reports:

Several recent studies have found that voucher recipients’ math and reading test scores decline after they transfer from public to private schools.

Also private Christian schools are teaching rubbish like so-called Intelligent Design alongside, or even instead of, the proven theory of evolution.

This report from John Oliver also concerned me:

3. The lack of commitment to public schools and the teachers in those schools. It seems that teachers are regarded as being unworthy of respect. Anecdotally, I often hear that people end up as teachers because they’re unable to succeed elsewhere. I see little commitment to ongoing support and skill maintenance of teachers. Good teachers are overworked and underpaid, and bad ones are protected by naturally defensive unions.

Private schools hire teachers that are not properly qualified, which is naturally problematic.

Despite the public perception, most people are actually happy with the education their children are receiving. I think that Republican electioneering has manufactured the idea that more charter schools are needed. Their raison d’être (apart from power of course) is privatization. A look at some of the statistics around US education demonstrates this.

Gallup reported that 32% of Republicans and 53% of Democrats were satisfied with the US education system in August 2016. There was a sharp divergence after the 2014 election. During the best days of the Bush presidency in 2004, Republican satisfaction exceeded that of Democrats, but the system then was much the same. 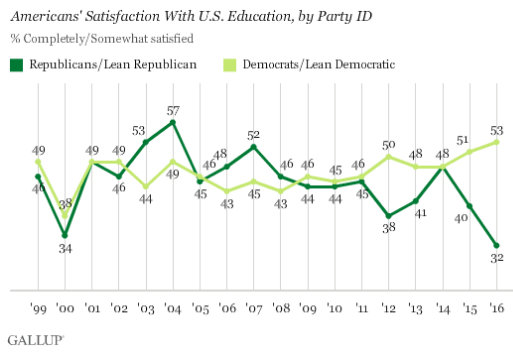 Despite this, parents have high levels of satisfaction with the quality of education that their own child is receiving. In addition, Gallup reports that:

Parents’ assessments of their own child’s education have differed less by party over the years compared with attitudes about U.S. education in general. This year, identical percentages of Republican and Democratic parents (76%) report feeling satisfied. 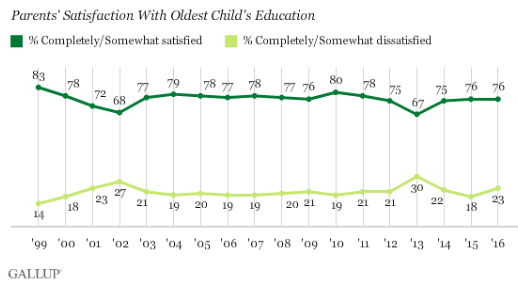 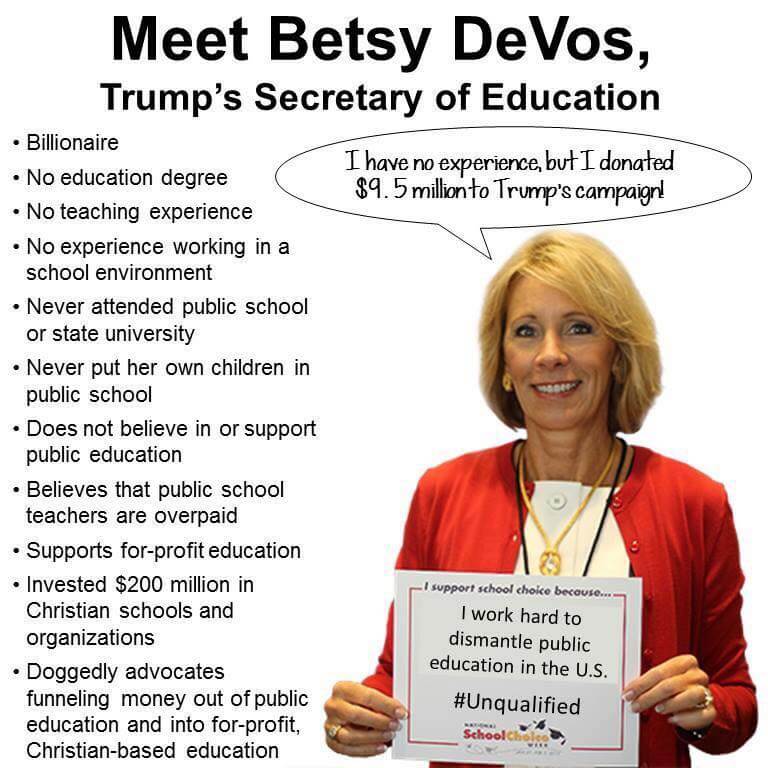 This picture has been doing the social media rounds since the appointment of DeVos.

A few days ago Donald Trump announced that billionaire and GOP donor Betsy DeVos would be his Education Secretary. Many of those in the running for this role were creationists but I don’t know DeVos’s view on this. My guess is that she is an evolution-denier too. She is a strong advocate of conservative Christian education which tends to be creationist. Also, when he was a candidate for governor of Michigan, her husband said to the Associated Press:

I would like to see the ideas of intelligent design — that many scientists are now suggesting is a very viable alternative theory — that that theory and others that would be considered credible would expose our students to more ideas, not less.

She also comes from a family that has always strongly supported the anti-LGBT hate group Focus on the Family.

Michael Needham of Heritage Action for America has spoken out strongly in support of DeVos’s appointment.

The president of the American Federation of Teachers, Randi Weingarten said in a press release:

The President-elect, in his selection of Betsy DeVos, has chosen the most ideological, anti-public education nominee put forward since President Carter created a cabinet-level Department of Education.

In nominating DeVos, Trump makes it loud and clear that his education policy will focus on privatizing, defunding and destroying public education in America.

DeVos has no meaningful experience in the classroom or in our schools. The sum total of her involvement has been spending her family’s wealth in an effort to dismantle public education in Michigan. Every American should be concerned that she would impose her reckless and extreme ideology on the nation. …

Betsy DeVos is everything Donald Trump said is wrong in America—an ultra-wealthy heiress who uses her money to game the system and push a special-interest agenda that is opposed by the majority of voters. Installing her in the Department of Education is the opposite of Trump’s promise to drain the swamp.

Why Trump’s Approach is Wrong

Focusing on “school choice” is precisely the wrong approach to improving the education system.

1. It relies on students having parents who care. Most parents do care but the students who need the most help are the ones whose parents don’t care.

2. It relies on parents having the capacity, whether mental or physical, to intervene on behalf of their children.

3. It relies on private and charter schools having the capacity to take more students.

4. It relies on private and charter schools having the inclination to take more students. If there’s one thing we’ve learned about the United States in the wake of Trump’s victory, it’s that some see a lack of racial or cultural diversity as a good thing.

5. It doesn’t take into account students who need extra resources whether because of physical, mental, or behavioural challenges.

7. 23% of parents are unhappy with their eldest child’s education. Assuming that all of those are in public schools means at least a 500% increase in the capacity of charter schools within four years. Since George W Bush, all presidents have spoken in support of charter schools, and it’s taken ten years to increase their capacity from 2.2% to 3.4%. 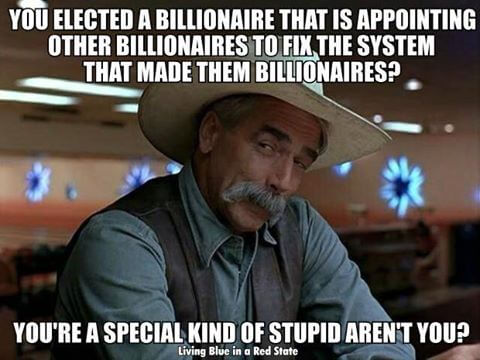 The focus should be on the public education system as a whole where most students are, and will remain. 76% of parents are happy with their own children’s education and will not be concerned with changing schools. However, in comparison with other OECD countries, the average level of US education needs to improve.

I don’t know enough to suggest what would see the US move back up the international rankings. I doubt that Betsy DeVos knows either and would suggest that what she has done to education in Michigan is part of the country’s problem.

Appointing a genuine education expert rather than a wealthy ideologue to the position of Education Secretary would go a long way to help. 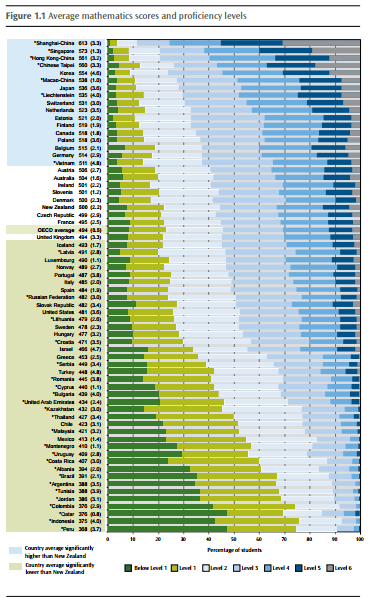 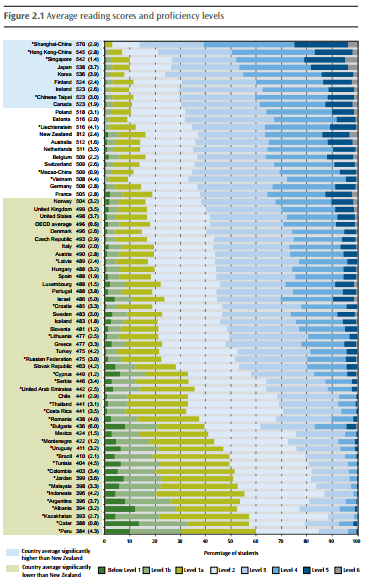 De Vos is heir to the Amway fortune. I don’t know what others think of Amway, but I think the pyramid sales system is appalling. That’s clearly what Pliny-the-in-between had in mind with this cartoon: 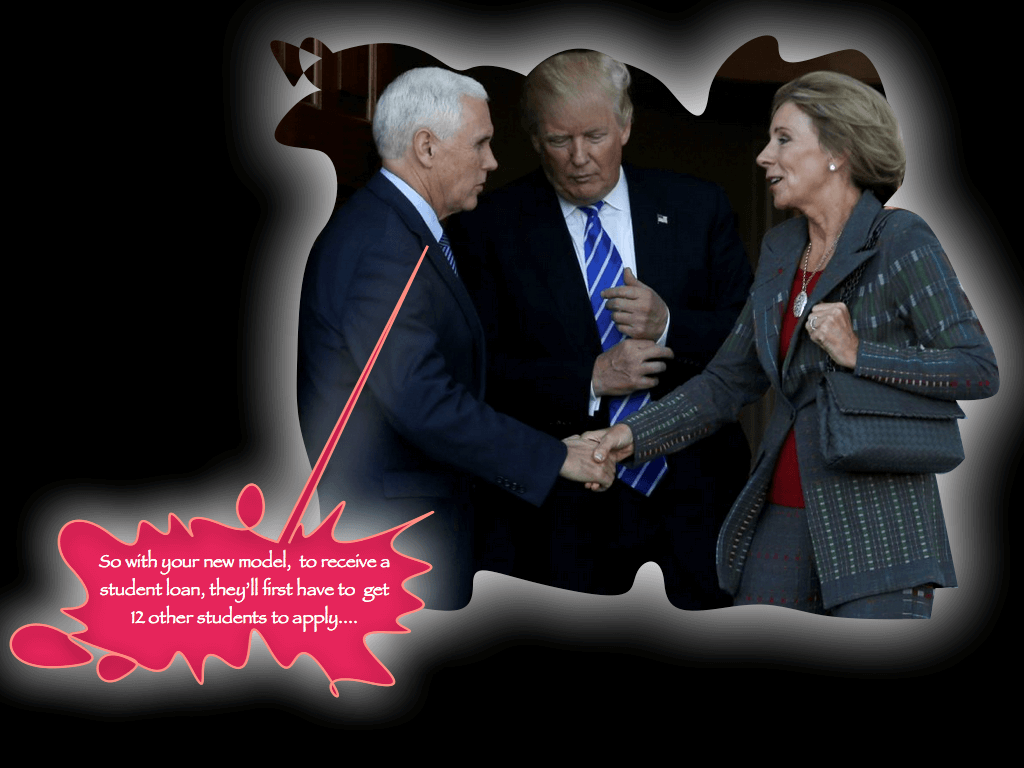