US Politics of Single-Payer Healthcare and Abortion 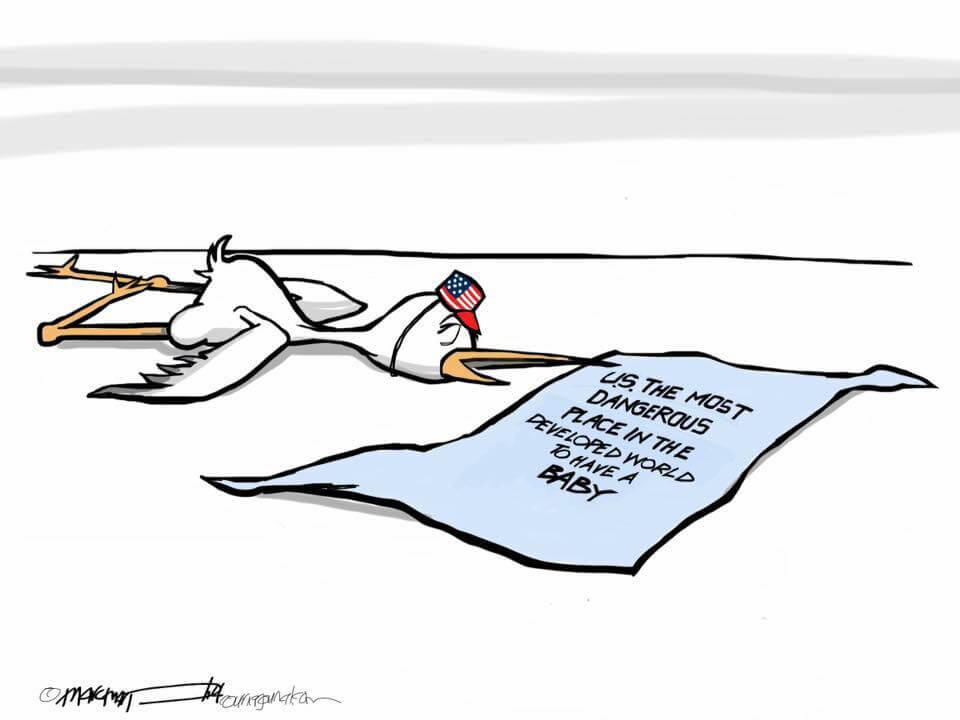 As regular readers know, I’ve written multiple posts over the years about why I think the US needs a single-payer healthcare system. The most recent was less than two months ago: ‘The Benefits of a Single-Payer Healthcare System‘. As the only OECD country without such a system, the US is an outlier. In my opinion, there is a direct causal link between this and three other facts.

The first is that the US has the highest maternal and neo-natal death rate in the OECD. Even some third-world countries do better than the US.

The second is that the lifespan of the average USian is reducing.

The third is that the US pays more for healthcare than any other OECD country, despite millions of people either not having health insurance, or having inadequate health insurance.

Why Doesn’t the US have a Single-Payer Healthcare System?

The main reason is, of course, ideological. There is a much greater fear of socialism in the US than most Western democracies. Although most people love programmes like Medicare and Medicaid, they don’t link that in their minds with socialism. The reasoning seems to be: Medicare = Good, Socialism = Bad, therefore Medicare ≠ Socialism. 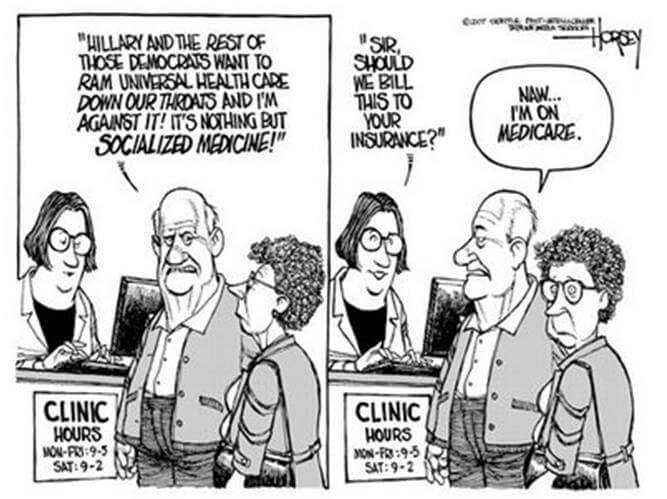 Until recent years, US health insurance and drug companies have been able to keep up a level of fear and misinformation amongst USians. They’ve literally spent billions doing this. The result was a rejection of single-payer healthcare by the majority.

I wrote in the lead up to the 2016 elections that I thought this was changing thanks to Bernie Sanders. It was my opinion that the US was now on the way to getting a single-payer healthcare system, and whoever was president when it happened, they would have Sanders to thank for laying the groundwork.

It seems that moment is now closer than ever.

As you may know, CNN has been giving all candidates the opportunity to do a Town Hall with a senior journalist/anchor on prime time TV. These have proven a ratings success, with the Kamala Harris town hall giving them their best ratings ever in some demographics.

They did a candidate town hall with Sanders today (Monday, US time) in Bethlehem, Pennsylvania. One of the hosts was Bret Baier, who in my opinion is a good journalist. He’s not in the mould of Fox News‘ Trump-acolytes Hannity, Pirro, Ingraham, Carlson, Watters, etc. etc. He is though, as you would expect, a libertarian-leaning conservative. As such, he opposes single-payer healthcare on principle.

One of the problems if all you watch is Fox News (or MSNBC on the left for that matter, though they’re nowhere near as bad) is that you get into an information silo. Even someone like Baier has the impression that single-payer healthcare is still just a far-left extremist policy that no one else thinks would work.

He got a surprise when he tried to show Sanders that single-payer healthcare is not what USians want.

Bret Baier just polled the Bernie Town Hall audience who would be willing to switch to #MedicareForAll. It backfired spectacularly. pic.twitter.com/dQJ9gfQ137

The result was pretty clear. These voters at least are ready for a change, even though they already have good private healthcare.

With the announcement of Pete Buttigieg over the weekend, there are now eighteen candidates for the Democratic party nomination. I personally hope Sanders doesn’t win the nomination; I don’t think he’d be a good president. (Buttigieg, though, is currently on my short list of favourites.) However, I do hope that the next president makes use of him at a senior level.

Despite his extremely low favourability rating, it’s still more likely than not that Trump will win reelection in 2020. Republicans don’t care about his racism, sexism, nativism, xenophobia, ignorance, criminality, and all ’round lack of ability to do the job. He doesn’t even understand why meeting alone with Putin, or having Russian intelligence experts “help” with FBI investigations is a bad thing. Republicans will still vote for him though. I don’t think Republicans care about principles any more. Power is more important.

For Trump’s evangelical base, those principles include forcing their opinions in relation to abortion on to the rest of the population. They do not accept that women should be able to make decisions regarding their own bodies in conjunction with a medical professional. The anti-choice/forced-birth movement think that making their opinion the law for all is a perfectly reasonable position to take.

This is despite the fact that statistics show that most people think that Roe vs. Wade should remain, including 53% or Republicans. The only demographic that has a majority favouring overturning Roe vs. Wade is conservative Republicans (57%).

Further, they insist that their position is the safest one for women. They use anecdotes of the botching of terminations and late-term abortions to scare people into compliance.

However, the international evidence is that making abortion illegal doesn’t reduce the number of abortions. All it does is vastly increase the number of women who suffer because of them. Botched terminations are routine when abortions go underground. Many women are made sterile due to infection. And if that infection isn’t treated, the result is a horrible and painful death. 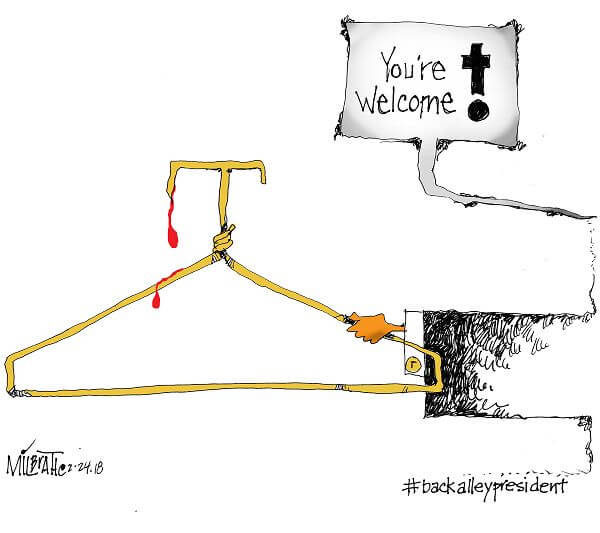 Ever since the introduction of the Affordable Care Act in 2011 (Obamacare), red states have been trying to roll back it’s provisions in relation to abortion at the state level. Now with Trump’s election, they’ve been going even further with the introduction of restrictive abortion laws. Their hope is they will get Roe vs Wade overturned.

What happens is the new state laws are tested in court by pro-choice groups. The judges all reject the new laws as unconstitutional (so far). The states then protest and elevate the argument to a higher court, and so on. The obvious game plan is to find a law or laws that will receive the approval of the now extremely conservative Supreme Court. There is already evidence that Justice Kavanaugh is on the side of anti-abortion extremists. That means there’s a chance the anti-choice/forced birth movement can now get a 5-4 decision by the Supreme Court that will overturn the Roe vs. Wade decision. 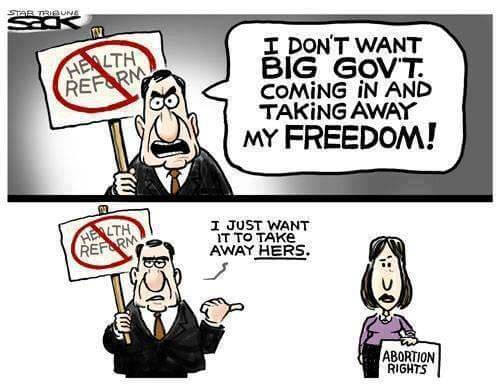