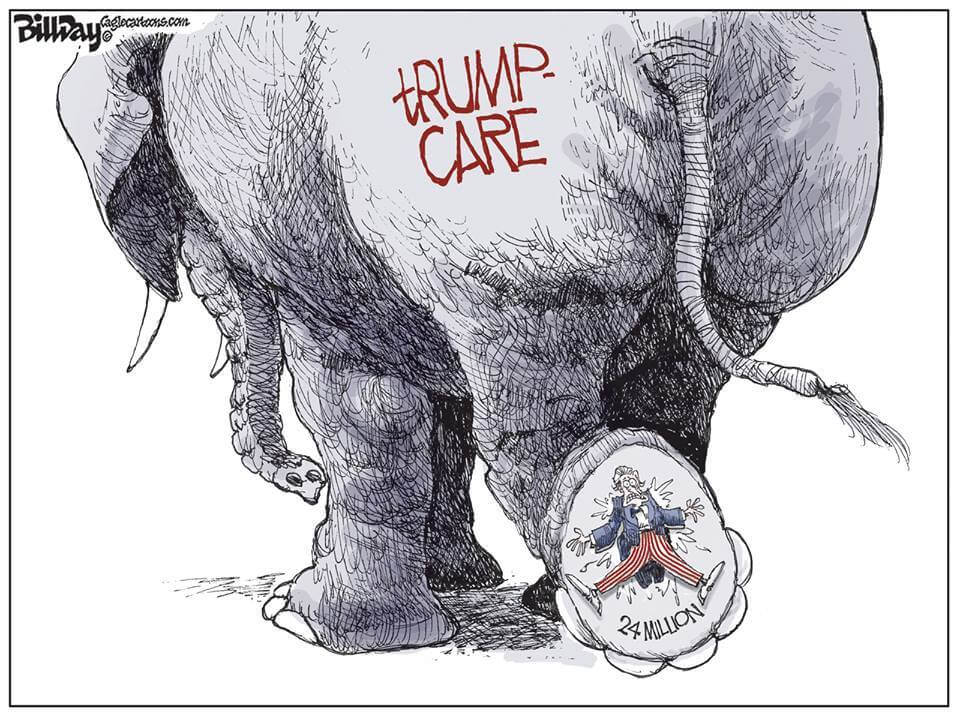 When US Affordable Healthcare Act (Obamacare) was introduced in March 2010, it was unpopular. Healthcare affects everyone, and is a very emotional subject. Even though almost nobody thought the previous situation was satisfactory, there was natural fear about what the changes would mean. Republicans also did their best to take advantage of that fear. In fact Obamacare was probably the main reason they did so well in subsequent elections.

The Democratic Party didn’t do a good job of introducing Obamacare, and too many mistakes were made with the roll out.

On the passing of Obamacare, then speaker Nancy Pelosi said:

You’ve heard about the controversies within the bill, the process about the bill, one or the other. But I don’t know if you have heard that it is legislation for the future, not just about health care for America, but about a healthier America, where preventive care is not something that you have to pay a deductible for or out of pocket. Prevention, prevention, prevention—it’s about diet, not diabetes. It’s going to be very, very exciting. But we have to pass the bill so that you can find out what is in it, away from the fog of the controversy.
(Source: Wikiquote.)

That’s good, but the one part of which everyone remembers is, of course: 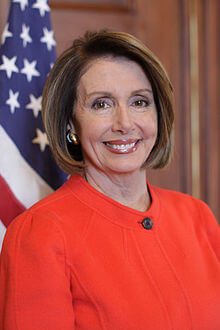 Naturally, opponents of the Bill latched onto the phrase. It is one of the main reasons hatred for Pelosi on the right is as virulent as that for Trump amongst moderates and liberals. However, it has proven accurate. (Pelosi though, continues to be vilified. Her reputation is beyond redemption now with conservatives.)

Initially, a majority of USians were in opposition to Obamacare. However, as time has gone on and they have found out what’s in Obamacare and what it means for them, there’s been a big change. Now, according to Gallup, a majority (55%) approve of the Act.

The lowest level approval for Obamacare ever fell to was more than double that.

US Attitudes to Healthcare

Ironically, it was the election of President Trump that has brought this attitude to wider attention. One of the things Trump frequently spoke of at his rallies was that he would get “beautiful healthcare” for everyone. He referenced how great the universal healthcare systems in other countries, specifically Scotland, Canada, and Australia, were. His promises included making sure no one would lose out, and Medicare and Medicaid would not be cut. And he got the vote of Republicans in droves.

The Republican party, and until recently a large proportion of Democrats too, have a working assumption that USians are in opposition to healthcare for all. This is actually not the case. Polling organisations have finally come to this realization too.

Since Trump’s election, Quinnipiac University has been asking this question in their regular surveys:

How important is it to you that health insurance be affordable for all Americans: very important, somewhat important, not so important, or not important at all?

The results have been consistent – USians, virtually universally, want EVERYONE to be able to have affordable health insurance:

The selfish Bills that Republicans are trying to pass into law are not what their constituents want. The idea of affordable healthcare for all is not a liberal conspiracy – it’s everyone who wants it. 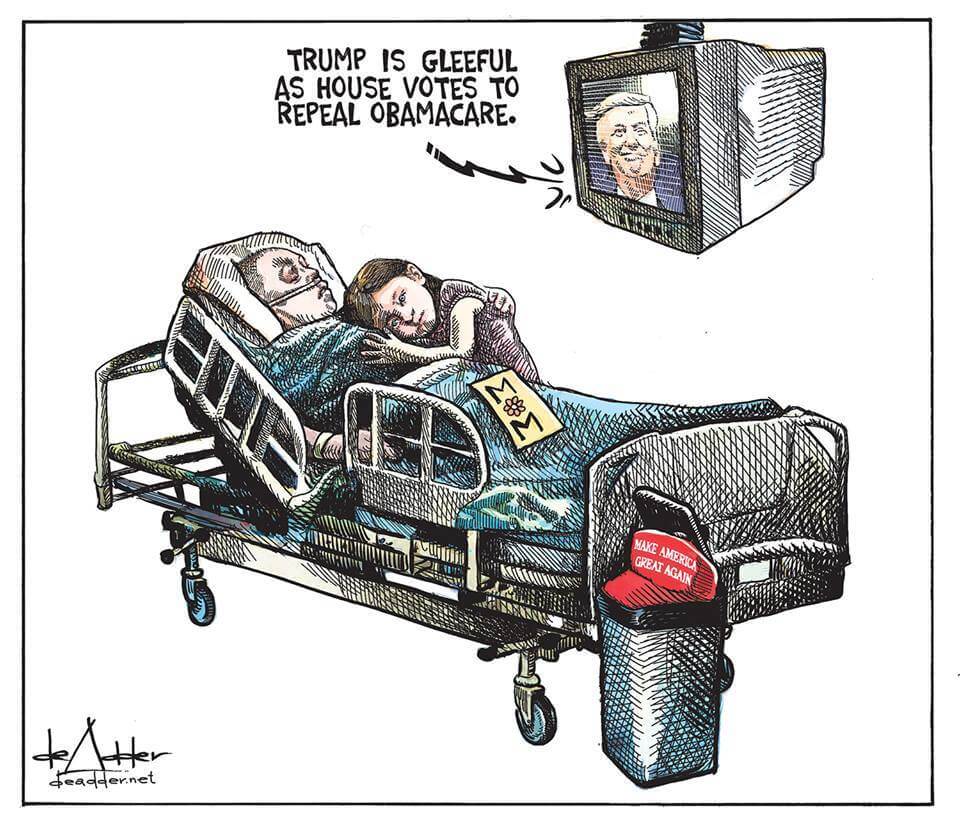 Killing the Poor to Cut Taxes for the Rich

What the passing of Obamacare did was make healthcare a topic of conversation in a much bigger way. USians began to find out just how far behind the rest of the world they are when it comes to the provision of healthcare. Many now know that USians have a shorter life-span than those in most countries with universal coverage, and they’re paying more than those in other countries too.

They, or their friends and families, began to get the care they desperately needed. The lives of people who were suffering began to improve. Further, it was the extremely wealthy who were paying for it, not the middle-class as Republicans had lead them to believe. And the wealthy weren’t suffering because of the extra taxes put on them in Obamacare – they kept on getting wealthier throughout Obama’s administration. 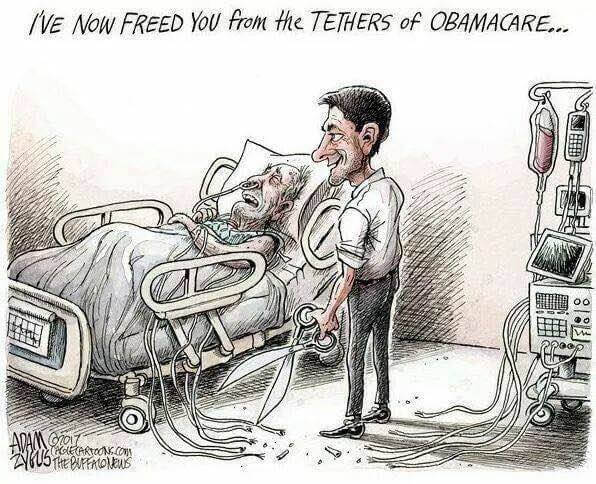 Now, the Republicans are planning to take away the care of 23 million of those that need it the most, and getting rid of the extra taxes on their wealthiest compatriots. Even the most partisan of Fox News hosts, Tucker Carlson, can’t support that:

(See here for a transcript.)

The Problem with Republican Governments

The problem with voting for the GOP is that their philosophy is basically anti-government. You can’t do something well when you don’t like it. They spent years wasting taxpayers money putting forward dozens of Bills to repeal and replace Obamacare when they were sure that President Obama would veto them. Now that they actually have to do something constructive, they’re incapable of it.

A majority of Republicans probably know that it makes economic sense to introduce single-payer healthcare. (I wrote about that here: ‘America’s Healthcare Problem‘.) However, they hung their hat on the catchphrase “Repeal and Replace” and they’re stuck with it.

Instead of doing the constructive thing and, from the start, working with their Democratic colleagues to fix the problems with Obamacare, all they knew was to be obstructionist. Now 23 million USians are going to lose coverage. Some of them will die because of it. 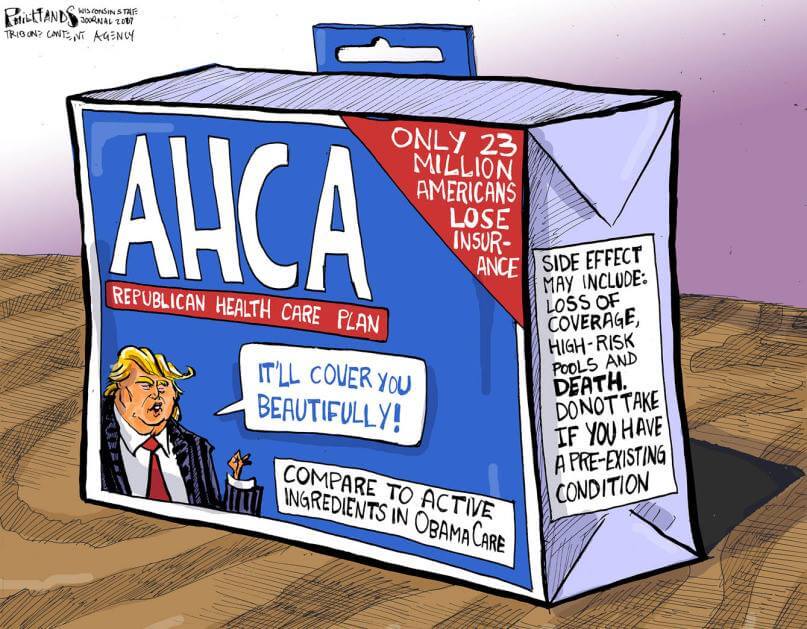