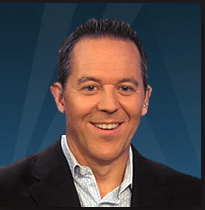 The Twitter-verse is still full of tweets about Harvey Weinstein, which is no surprise. More and more women are coming forward with allegations of sexual harassment, assault, and rape. The MO (method of operation) many of them describe is very similar, which makes them all the more believable.

While I was halfway through finding tweets for today’s post, I started playing the episode of Fox New‘s ‘The Five’. I DVR’d earlier. The first segment was one of the most disgusting displays of hypocrisy I’ve ever seen. (I haven’t watched the rest yet.)

It began with one of the co-hosts, Greg Gutfeld, delivering one of his daily diatribes, purportedly against Weinstein. Gutfeld has a different take than most commentators. What Weinstein did was not Weinstein’s fault, or even the fault of a society that accepts domineering male behaviour. No, he hasn’t discovered determinism. It’s all Hillary Clinton’s fault. And, no he wasn’t trying to be funny.

Before I go any further, let’s remember where we are. Fox News. The news organisation that was recently exposed as having an appalling culture of routine sexual harassment. From former Chairman Roger Ailes on down, the abuse of women was routine, and nothing was done about it. For YEARS. One of those who lost his job was a co-host on ‘The Five’, Eric Bolling. His seat is now kept warm by Jesse Watters. Watters was an ‘O’Reilly Factor’ regular until Bill O’Reilly’s abuse of women saw him out the door. It’s only a couple of days since I heard Watters still praising O’Reilly on air.

Oh, and by the way, several black presenters are now suing Fox News for racism in their promotion practices.

There’s so much here that’s wrong I don’t know where to start. I’ll just post the video below and you can let rip. Maybe by the time that happens I’ll have calmed down enough for a reasonable discussion!

I’ve tried writing a full post about it, but I’m too angry. Maybe I’ll do it on Sunday. Why Sunday? There’s a call for everyone to log off Twitter on Sunday in protest of their silencing of actress Rose McGowan. That’s disgusting too – read the article at the link and prepare to be appalled. It’s another situation that I’m too angry to discuss reasonably at this point.

At midnight we RISE https://t.co/ihKLLczUww

I’m another example of Twitter’s strange idea of what’s okay. I’ve only ever complained twice about abuse on Twitter. I can’t remember what the problem was on the first occasion, but it did involve a death threat. I wasn’t the slightest bit worried because the guy was in New York, but I still thought I should say something. They told him to apologize to me! He tried, but I’d blocked him, so they unblocked my block so he could do it.

The second occasion was earlier this year. I tweeted in support of Maajid Nawaz and against Tommy Robertson. Robertson and his mates spent the next few days filling my mentions with misogynistic, sexual, and general abuse. One sent me a picture of a naked, very overweight, Arab man with a suggestion about what I could do with him. I reported this to Twitter. They said that the tweet didn’t violate their terms of service.

Anyway, here’s the Fox News clip for your, ahem, enjoyment.

Good men are often surprised or disbelieving at the extent to which women have to deal with this stuff. (I would appreciate it if some of you would take the time to Re-tweet this one if you’re on Twitter.)
(Via Ann German.)

Emma Thompson tells us the Harvey Weinstein allegations are just the tip of the iceberg of a wider and systemic problem in Hollywood pic.twitter.com/VDxswrUP5Z

Here are a couple of excellent articles on this subject, that I also found thanks to Ann German.

The fall of Harvey Weinstein should be a moment to rethink masculinity | Rebecca Solnit https://t.co/N35ClIUpEL

Rebecca Solnit on Harvey Weinstein, Hillary Clinton, and Blaming Women for the Acts of Men https://t.co/avQYza9CQ5 via @lithub

I needed a laugh – this had me doing just that!
(Via Archie Debunker)

World renowned expert on not sexually harassing her employees, Samantha Bee, has some advice for you boys. #SamanthaBee pic.twitter.com/KHoU2bWHn5

????Where does the Southern US find these people, and who the fu€k keeps voting for them?
(Via Ann German.)

In 38 seconds Steve Prattor, Sheriff of Caddo Parish in Louisiana, tells you why he REALLY likes keeping “good” Black men in jail. pic.twitter.com/7YtxixE1rU

The president of the wealthiest country in the world says they cannot afford to help millions of their own citizens. There’s no other conclusion you can come to. Donald Trump is an a$$hole.

President Trump is threatening to pull federal aid from Puerto Rico, as residents suffer without food, water and electricity. pic.twitter.com/qpkb4f2tgZ

He promised he would help. Another empty promise. Another lie. This time, the lie could kill.

Is it just me, or does this not even make sense? This is just words that do not even form coherent thoughts. Trump’s supporters do not seem to notice this. (Four tweet thread.)
(Via Ann German.)

Trump to Hannity tonight. This is … not how it works. pic.twitter.com/Odwc6cGcyO

As I’m sure you know, no matter how many times Trump says it, there’s currently no such thing as “clean” coal. It makes me CRAZY to hear it. pic.twitter.com/0T4KRSOVmz

We all heard about the Las Vegas shooter, though we still don’t know what his motive was. This one was caught, and he’s not making it into the media. Like the tweeter, I bet there’d be plenty of noise if he was Muslim or Mexican.
(Via Ann German.)

“Trump didn’t tweet about it because the bomb was not placed by an immigrant, or a Muslim, or a Mexican” –@ShaunKing https://t.co/bUHO4yPM5K

This bloke is a terrorist in the making if you ask me. Get off my lawn!

Now this a damn classic https://t.co/fX7dXBKaOl

(Are you wondering why I put the California fires under “weather”? It’s because I consider that global warming is the cause of extreme dryness in that state, which makes it prone to these fires. See here.)

The following three tweets are from Ann German.

Incarcerated women are fighting on the front lines of California’s wildfires for $1 an hour https://t.co/JKEh9eEz7Z pic.twitter.com/Jov2JE0bAN

One of the response to the above tweet was from this a$$hole. This is the sort of thing women (including me) get all the time on Twitter.

Well this is what happens when you want to be equal to men.

And I’d just like to note that they have all the skills and training of firefighters but are barred from the profession once released ???? https://t.co/s1j0oHmWVQ

The mail box is still standing, so you got mail!
(Via Ann German.)

The Vikings was one of my areas of study. We know they traded extensively around the Mediterranean and with the Middle East. Some stayed there, living and working in the Ottoman Empire. Further, there’s a history of Vikings compromising on religion in relation to Christianity. Therefore it’s no surprise to me that there’s evidence of Vikings returning to their homeland with evidence of Islam.
(Via Ann German.)

Not sure why you’d want to do this – I’d rather see the countryside outside the window. They’re cool though.

It’s not just Big Brother that’s the problem. Anyone could be watching at any time.
(Via Ann German.)

Fascinating stuff about the study of exoplanets.

Italy’s buildings are beautiful even when they’re abandoned.

These stunning cliffs run for more than 100 kilometers alongside the Sinyaya river in Yakutia, Russia. pic.twitter.com/6GQvcgnQ9h

This Armadillo girdled lizard biting its tail looks like a mini dragon pic.twitter.com/4N4LJTf20s

What a gorgeous kakapo! (Aren’t they all?)

Our rangers are starting ‘crusty bum’ checks for all #kakapo on Whenua Hou today. 4th check for this year. Fingers crossed for no more cases pic.twitter.com/Ms8vRZYYLU

Another one for my sister Brenda. I can just hear the noise she’ll make – it’s the same one I did!

Yes? How can I help you? pic.twitter.com/fSJe33Qapx

This wonderful story was sent to me by Ann German via this tweet. You can read the full story here, about how disabled veteran Karolyn Smith designed and created (via 3D printing) a prosthetic for her kitten Sophia. Smith has now made a career out of making prosthetics for cats after falling in love with Sophia and her sibling Leonidas.

One Hero of the Million Meow Mission https://t.co/RLs3yJQ1Bi via @YouTube

What a lovely kitty – looks like it’s full of character.

Here’s Kova, taking a break from running up and down the halls like a lunatic for no reason. pic.twitter.com/QV15Fjr0gA

Awwww, little #kitty is out for the count… pic.twitter.com/pkTQgVmR7E

when bad isn’t give you attention pic.twitter.com/gUBrjQLdur

Now that’s a cat in charge!

In case you’re having a bad day, here’s a fat cat in a sink. pic.twitter.com/w8LbEkY3Uk

It’s too cold out there!

The littlest nope ever. pic.twitter.com/nADlsgVmov