Trump is Crowd-Sourcing his Preparation for the Second Presidential Debate

After posting my opinion about whether Donald Trump should attack Hillary Clinton for her treatment of the women her husband had some form of sexual relationship with (whether consensual or not) today, I checked my e-mails.

Despite not ever signing up for them, I get regular updates from the Trump campaign. Today I received this one: 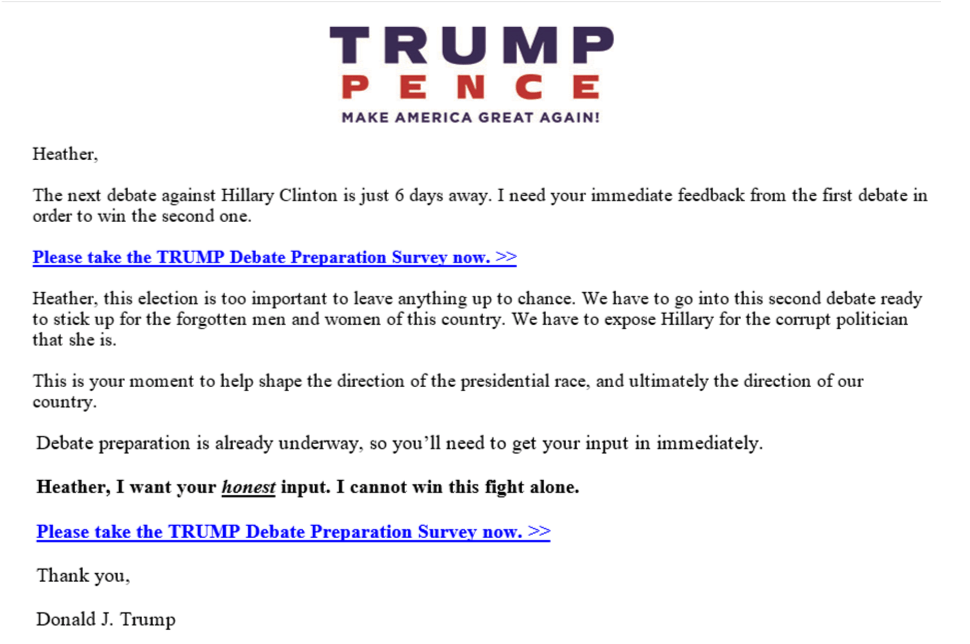 This is the link to the survey so you can check it out for yourself.

I note that whether to bring up Clinton’s reaction to her husband’s sexual exploits isn’t included in the questionnaire.

His plan to get rid of DAESH is to ask his generals for a plan, despite telling us for months he had a “tremendous plan” that would get rid of them “… very, very, quick. You won’t believe how quick.” It seems crowd-sourcing is an idea that Trump likes because now he’s using it for his debate prep too.

This all shows how unorganized and unprofessional Trump’s campaign is. It’s also just a bad tactic.

What Clinton has been doing is not only researching her opponent, but working out which voters she needs to appeal to in order to win their votes. Then she adjusts her answers to reach out to those voters.

Trump is taking pretty much the opposite approach. He’s appealing to voters who are already going to vote for him, and asking them what they want to hear. He doesn’t need to get their votes – he already has them. He notoriously said that he could go out into Fifth Avenue and shoot someone and his supporters would still vote for him, and it’s true.

What he needs to do is to grow his tent, and that means appealing to people who aren’t currently planning on voting for him. He needs to, for example, research why the married white women that normally vote Republican are now voting for the Democratic Party. He can’t just make assumptions and dismiss the fact with comments about Clinton playing the women’s card, he needs to ask those women why they aren’t voting for him and react accordingly. 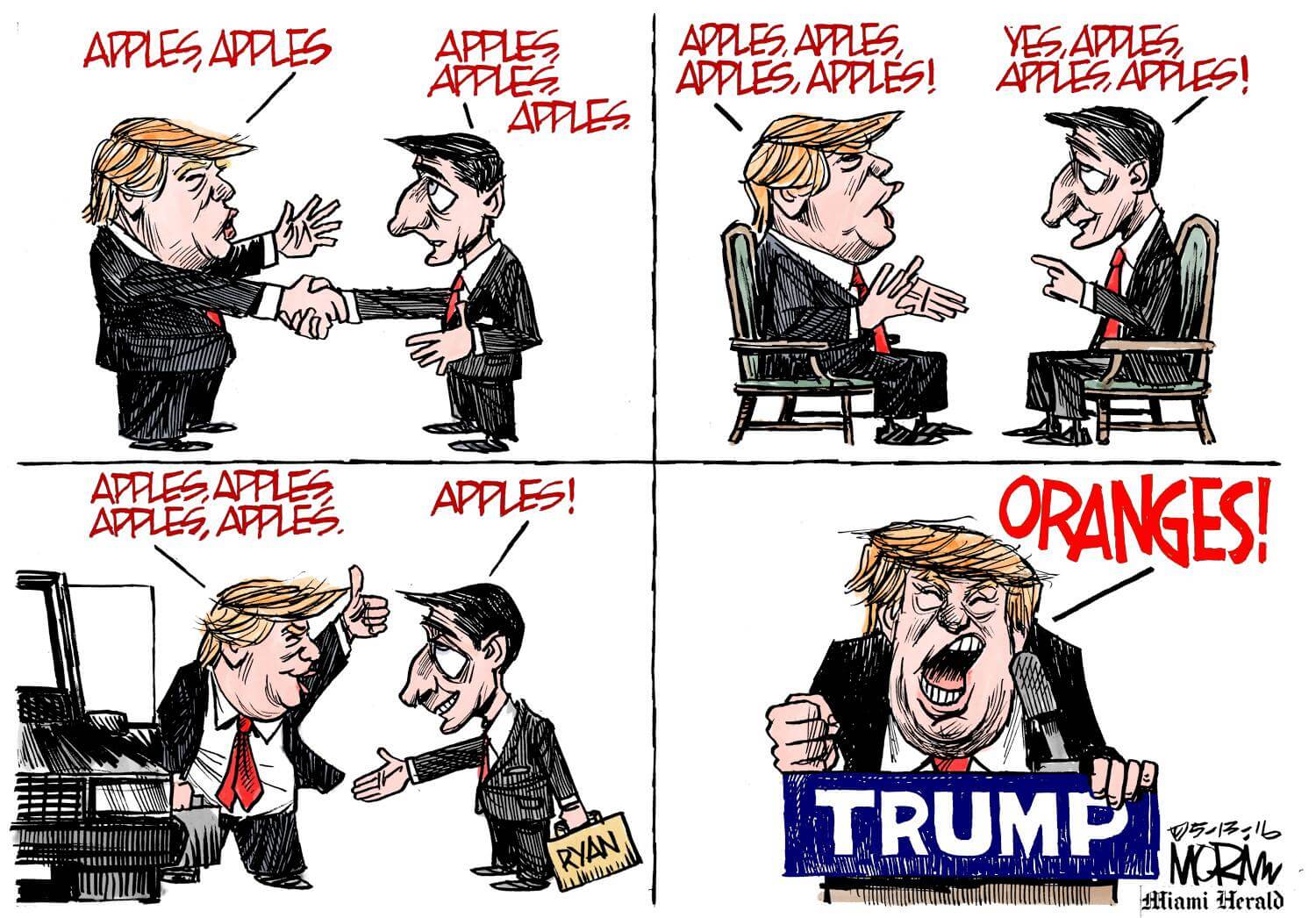 We all know that’s not going to happen though. Trump doesn’t even recognize the necessity of that sort of planning and research, and even if he did it’s doubtful that he’s capable of carrying it out. There are people around him who know this stuff, and Kellyanne Conway is the prime example. When he was following her advice and being disciplined on the campaign trail he rose significantly in the polls. Then the First Debate happened and there was no teleprompter to control his answers and he lost all the support he had gained and more.

A new CNN/ORC poll has just come out that has Clinton ahead by five points. Trump can’t afford to fail at the next debate, but it looks like he’s setting himself up to do just that.