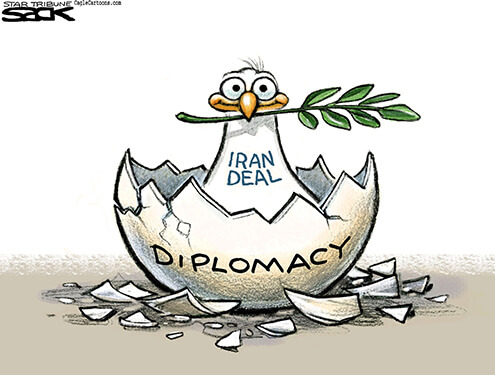 A couple of days ago, Israel’s prime minister, Benjamin Netanyahu, did a slick presentation announcing he had proof that Iran was lying when they signed the Iran Nuclear Agreement. (It’s official name is the JCPOA – Joint Comprehensive Plan of Action.) Therefore, his logic went, the deal should be torn up.

This comes at the same time as US president Donald Trump is once again telling everyone the deal is bad. Therefore he’s not going to re-approve the deal, as US law requires him to every three months. At the same time he’s lying to his fans at rallies that Iran was “given” billions of dollars under the deal, some of it in cash.

Let’s just dispose of that myth before we go any further. Iran wasn’t “given” any money. All the money was already theirs – and not just the government’s. Most of it belonged to businesses and individuals. Those people hadn’t been able to access it for decades because of the Iranian revolution. The cash too belonged to Iran, and why Trump thinks the US should get anything in return for it is beyond me.

I’ll just repeat what I wrote about the cash seven months ago in my post: ‘Why the Iran Nuclear Agreement is a Good Deal‘.

And that famous planeload of cash that Trump misrepresents every chance he gets? That was actually money that Iran paid to the US in 1979 to buy military equipment. The US didn’t deliver the goods due to the coup, and they didn’t give the money back. The failure of the US to refund several billion dollars for almost forty years is not a fault on Iran’s part! Trump may think it’s okay not to refund money when you fail to provide the goods. Most of us see that it’s actually about time Iran got their money back.

When I wrote that post, Trump was also insisting he wasn’t going to re-endorse the Iran Nuclear Agreement. All the reasons back then stand, and there are even some new ones to add to the list.

The only valid reason for pulling out of the Iran Nuclear Agreement is if one of the parties isn’t meeting its terms. So far, everyone, including Iran, is doing that. Even Trump’s new Secretary of State, Mike Pompeo, agrees that Iran is in compliance with the Agreement. 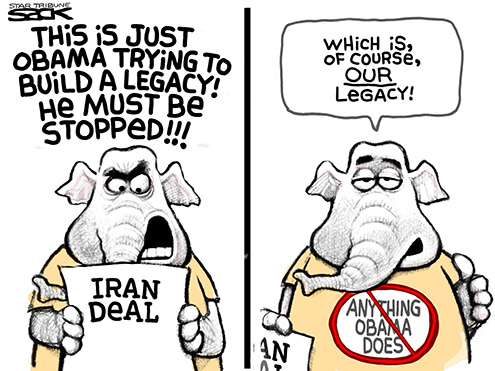 Ever since becoming president, Trump has made it his practice to dismantle everything done by President Obama. Considerations of whether Obama’s moves were good or bad are seemingly irrelevant. In fact, it has been the only consistent part of Trump’s policy making. On most matters he appears to take the advice of the last person he spoke to. His party has trouble keeping up with his positions. However, when it comes to policies for which Obama gets credit, Trump sticks to his guns. They are gone as soon as possible. That is why his opposition to the Iran Deal is so worrying. It will be difficult to get him to take the pragmatic path, which is retaining the deal. That’s true whether or not you think the deal is good, for reasons I’ll explain later.

Chuck Todd of MSNBC interviewed former Obama Deputy National Security Advisor Ben Rhodes yesterday. “Yes,” MSNBC is liberal, and “Yes,” Rhodes is a Democrat who worked for the Obama administration. However, that doesn’t change the fact that everything Rhodes says is correct.

Netanyahu was speaking as if what he is saying is some great revelation. As noted above, he says that Iran was lying about the existence of a nuclear programme. This is not news. The signatories of the Iran Nuclear Agreement (the P5+1: US, Great Britain, France, Germany, Russia, China) knew Iran was lying at the time of signing. That is why the IAEA (International Atomic Energy Agency) checks are so stringent. Checks on whether Iran remains in compliance with the Agreement do not rely on what Iran says. They rely on the result of checks by the IAEA and other criteria. As Obama said at the time, “Distrust and verify.”

The IAEA checks are designed so that they will work even if Iran lies. Opponents of the Iran Nuclear Agreement talk about the amount of notice that the IAEA has to give to make surprise checks, visit new destinations, or visit military installations. They think this will allow Iran to hide nuclear materials if they have them. The experts at the IAEA assure the P5+1 that it’s not that easy to hide fissionable materials and radioactivity shows up in their checks for some time after nuclear materials have gone. Thus if Iran has nukes at a new site and they move them to avoid IAEA inspectors, the IAEA is confident they would still be able to find trace amounts of radiation within the specified time-frames. 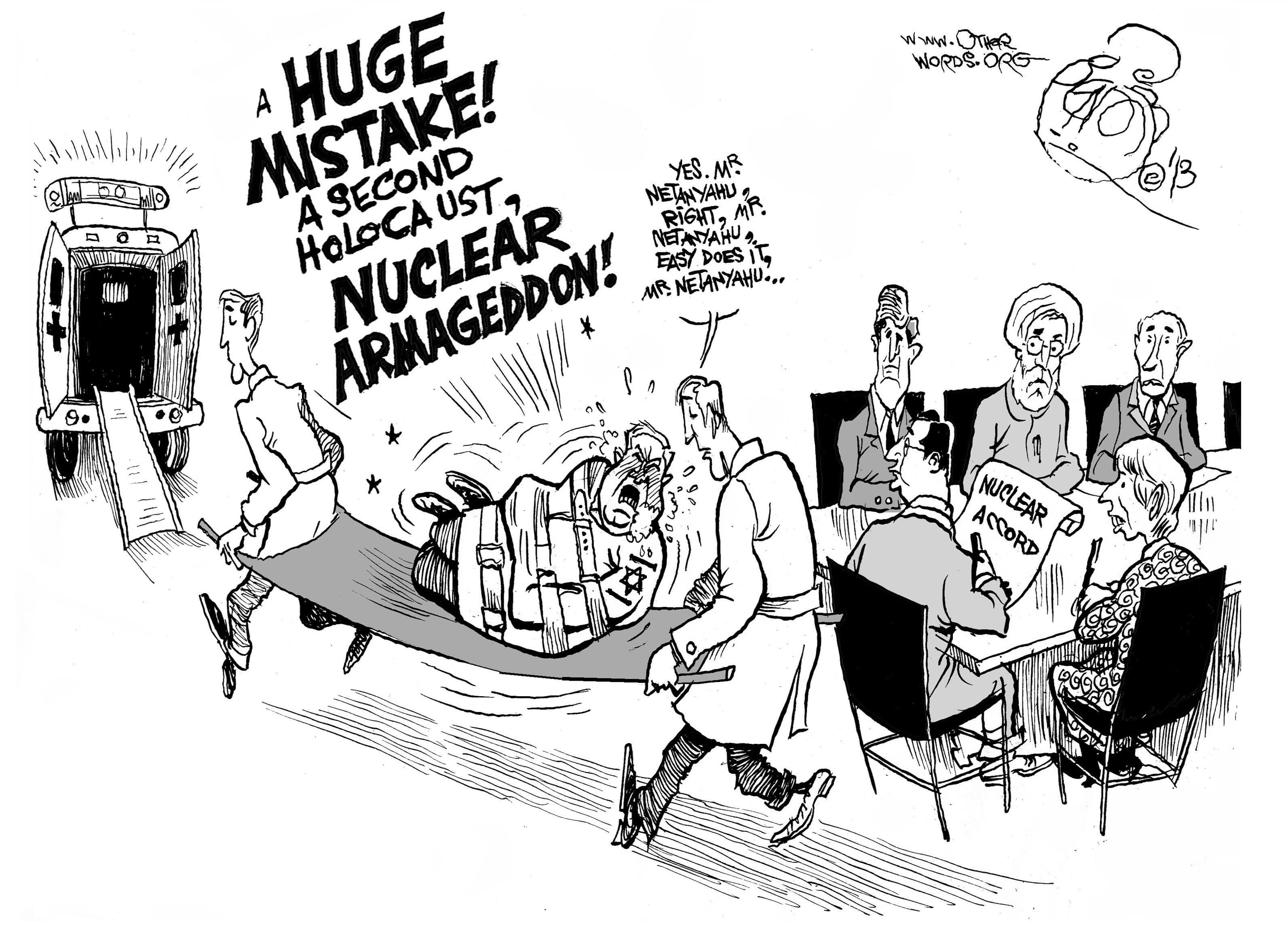 Netanyahu talks at length about the “secret” archive of information found by Mossad agents. I actually find the story quite difficult to believe. What Netanyahu is saying, as reported in The Time of Israel and other media is quite incredible. Apparently, Iran had all the documentation in relation to their nuclear programme in a dilapidated warehouse. Then one night, Mossad agents just took the half a ton of paper documents and 183 CDs back to Israel.

Despite the fact that I find the story of how Israel got hold of the documents suspicious, the US is declaring that they are genuine, and I have no reason to doubt that. The thing is, the fact that they were apparently in an abandoned warehouse with no security says to me that the Iranians weren’t using them. There is nothing I know of in the Agreement that says they have to destroy old documentation. To me, it is akin to burning books and I don’t think I could or would do it either, whether or not I was planning to use them again.

Anyway, this is Netanyahu’s presentation:

(It’s over 20 minutes long, and you won’t miss much if you don’t have time to watch it. His English commentary starts at 1.30.)

The transcript below is from near the conclusion of the presentation and is Netanyahu’s summary of the reasons he thinks the deal should be abandoned. (There may be errors in my transcript as I found Netanyahu difficult to understand at times, and the closed captions had even more trouble than I did.)

The nuclear deal gives Iran a clear path to an atomic arsenal. It does so because it gives them the three components that are necessary to produce this arsenal.

First: unlimited enrichment in a few years. They plan to do that. They plan … to have several hundred thousand advanced centrifuges with which they can produce mountains of uranium for that core that I showed you before, and many, many such cores.

So this is a terrible deal. It should never have been concluded.

It’s not often I agree with the Iranian government, especially when it’s Israel they’re complaining about. This time though, at least one of them got it right. The Israel Times reports:

Deputy Defense Minister Abbas Araghchi said, “Netanyahu’s childish and ridiculous presentation was planned in the run up to Trump’s announcement about the nuclear deal.”

Further, despite all this, Netanyahu did NOT provide proof that Iran was not complying with the Iran Nuclear Agreement. Everyone, including the new US Secretary of State Mike Pompeo, agrees that Iran IS complying. There is no justifiable reason to pull out of the agreement. The situation is exactly as I said in my last post, “Trump is continuing to damage the reputation of the US …”. The US has become a country the rest of the world cannot trust to keep its word. It is normal for the leaders of democracies to continue to honour international agreements made by their predecessors. It is an important standard of international diplomacy.

The other signatories of the Iran Nuclear Agreement are clearly trying to show Trump how important it is that the US doesn’t pull out. We all saw how hard the French President, Emanuel Macron tried to get Trump on side. A visit from German Chancellor Angela Merkel the following week was clearly part of the attempt by one of the other signatories to get Trump on side. 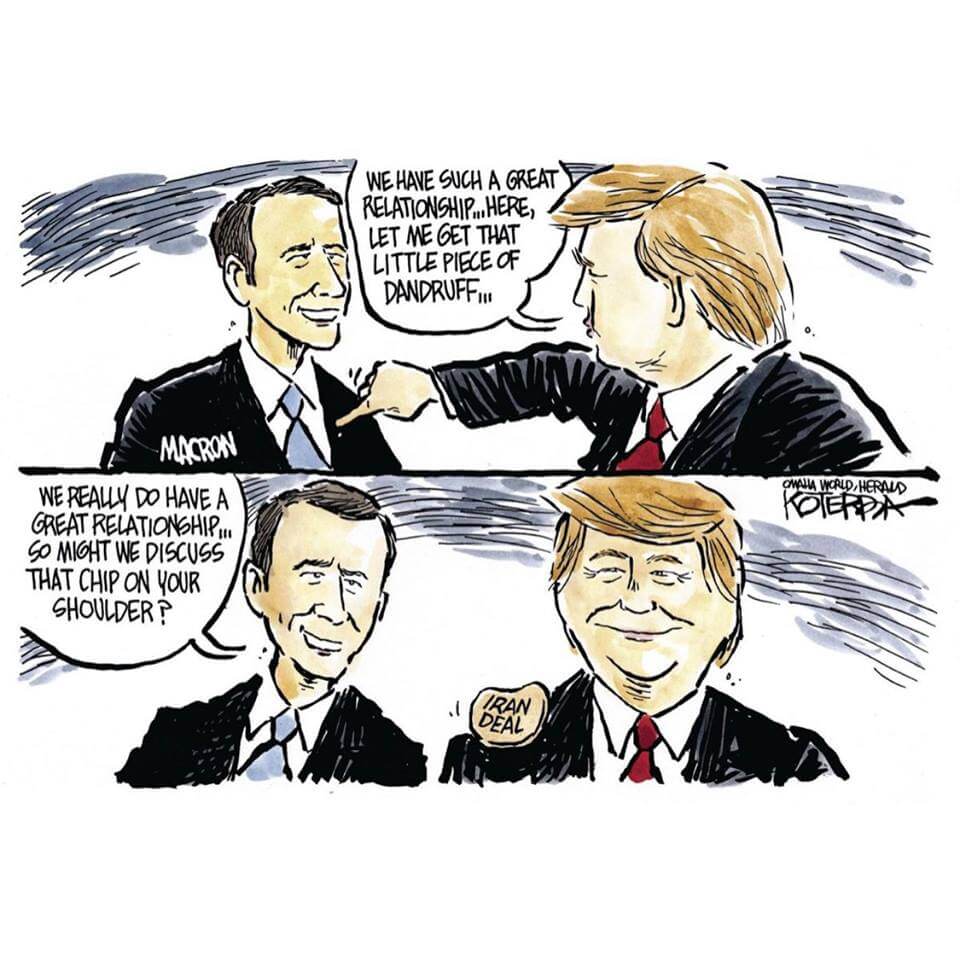 Whatever its faults, abandoning the current Agreement with Iran will not improve the situation. It will make it worse.

At the moment, Iran is not pursuing a nuclear weapons program. In fact, the IAEA says there is no evidence that Iran has been pursuing nuclear weapons since 2009. That’s because negotiations for the 2015 Agreement were ongoing for nine years before it was finally signed. During that time, Iran had to meet several milestones in interim agreements, which they did.

The IAEA says that if Iran re-started their nuclear weapons programme, they are confident they would know. Further, if Iran did begin their nuclear weapons programme again in violation of the terms of the Agreement, it would be at least a year before they had enough uranium to launch a nuclear missile because of the other conditions in the Agreement.

If the Agreement is over, inspections will be over too. 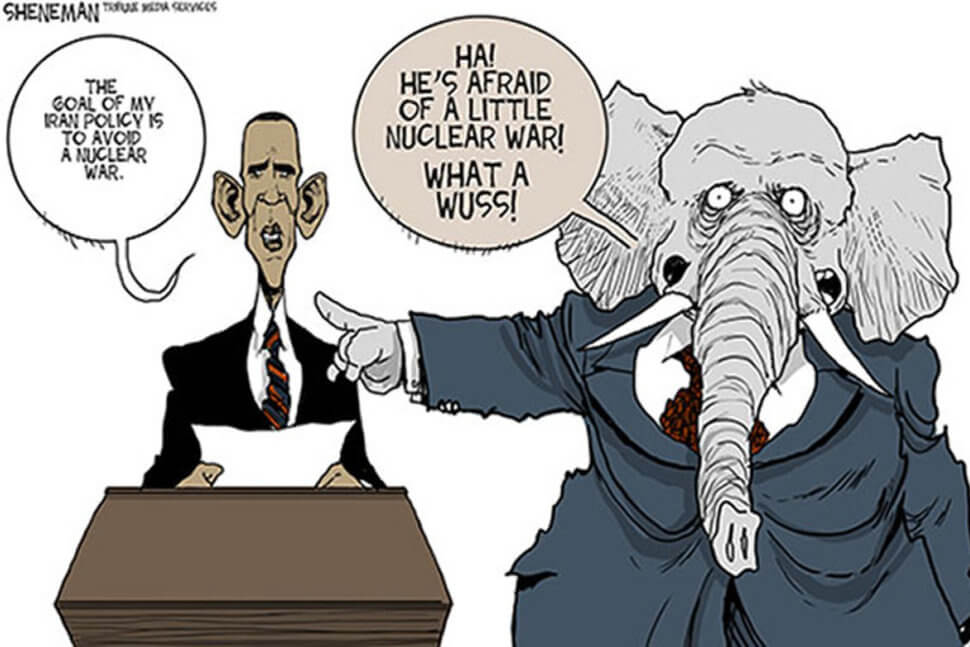 It is true that the Agreement does not last forever. Iran will begin to be released from some of the terms of the Agreement in 2025. Others will be in force longer. We do not know what will happen then, and it’s possible that as soon as that time is up Iran will immediately begin their nuclear weapons programme again.

In order to prevent that, the correct strategy is not to get rid of the current agreement. All that would mean is that Iran could, if it wished, start work on a nuclear weapons programme now instead of in seven years.

What should happen is work to maintain and improve diplomatic relations with Iran as part of a process to ensure there will be something in place when the ten years is up (2025). Trump is fond of telling the world what a great deal maker he is. Well how about working with Iran to build on and extend the current Agreement? That would be a real achievement and one he would deserve praise for. 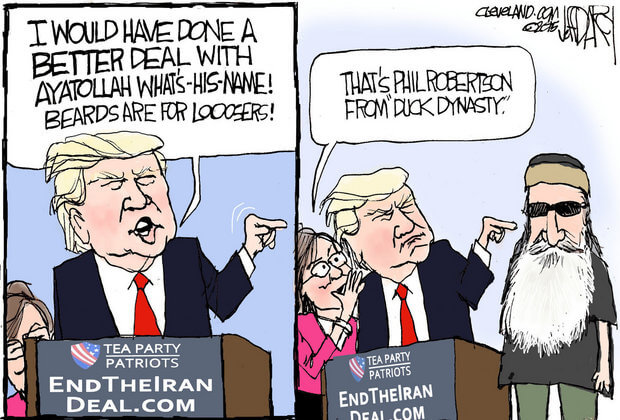