Trump and the Jerusalem Decision (plus Tweets) 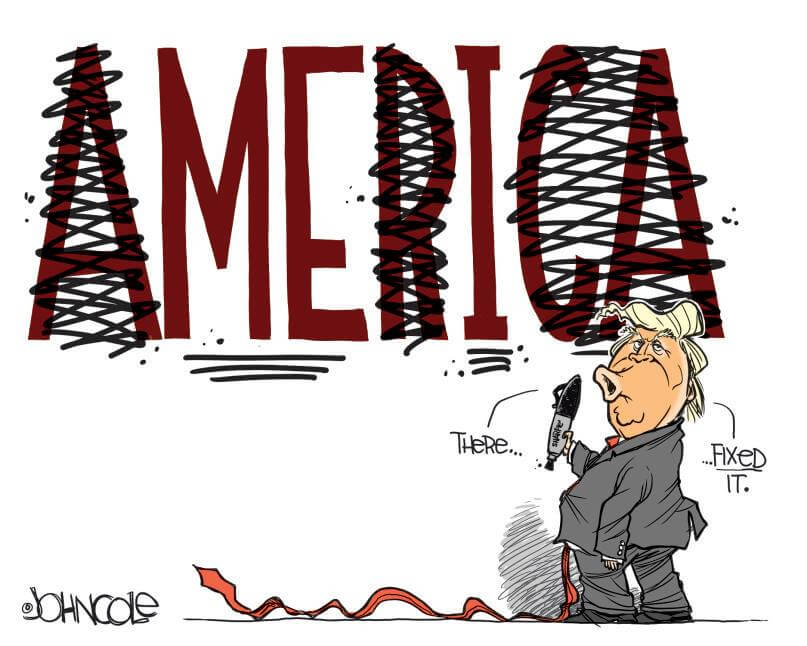 Tweets are about the least important thing on my mind at the moment. On Wednesday morning I had a bad fall. Walking is never that easy for me, but now every step is agony. Still, that’s actually not the worst of my problems. 3½ hours later my landlord told me she was selling the house. So in around six weeks (maybe a bit longer if I’m “lucky”) I’ll be homeless.

Oh, and it’s my birthday in a couple of days. so I’ll have to start admitting to another year when asked my age. I hope that’s the third thing anyway.

On the world stage, Trump is continuing to expose his complete and utter lack of understanding when it comes to politics and diplomacy. His announcement that he would recognize Jerusalem as Israel’s capital is, as usual, all about himself.

Our prime minister, Jacinda Adern, along with every other OECD leader, every Middle Eastern leader, the United Nations, and more besides has condemned the move.

Trump frames it as some heroic move to keep a campaign promise. It’s not.

Although he won’t admit it publicly, Trump’s favourability rating is the lowest of any president at this stage in his presidency ever. There are very few people who are still strongly supporting him, and most of those are the conservative Evangelicals. To them, recognizing Jerusalem as Israel’s capital is Trump fulfilling God’s promise. It cements him as God’s pick as King. It is a part of the whole End Times myth that they embrace.

And let’s not fool ourselves. Most of us want peace in the Middle East, but the Evangelicals don’t. They want the religious war that they believe will bring about the second coming of Jesus. Sensible people, Christians or not, know that’s not happening. It’s not about whether you believe Jesus was real, or even whether you consider the Bible scripture. It’s about whether you belong to one of the Christian cults that interprets the Bible in a frankly delusional way.

There’s one other group that Trump is holding onto with this move. While most Jews vote for the Democratic Party in the US, more conservative ones are more likely to vote Republican. Some of those are very big donors. Sheldon Adelson, for example, donated US$25 million to Trump’s campaign. He is an advocate of the policy of making a fuss about naming Jerusalem as Israel’s capital. No other country does this. Every other embassy is in Tel Aviv, and for good political and diplomatic reasons.

Already the State Department has had to issue a warning to USians travelling overseas. I’m not one to blame the victim, and it is not Trump’s fault that a whole lot of religious bigots are going to react to his announcement with deadly violence. However, that is going to be cold comfort to those that lose loved ones. I predict USians will die because of this, and Trump is opening himself up to an avoidable political attack.

One of the reasons the much-maligned Jimmy Carter was able to broker a peace deal way back when was that he was seen as independent and honest. Trump insists that he still wants to sort out the Israel-Palestine issue, and Jared (Kushner) is the man for the job. The status of Jerusalem was always something that was going to be the last part of the process. Now, the US has come down firmly on the side of Israel. Any pretensions they still had to independence in the matter are gone.

Everyone in the Middle East was starting to get a bit sick of the intransigence of the Palestinians. They have very little support left. Behind the scenes, Israel and Saudi Arabia were starting to get on pretty well. Time and pragmatism were starting to heal wounds. Further, from the point of view of those in the region, it’s bad enough that the US and Britain meddle in their affairs so much. Now Russia is getting in there too on the side of the Shi’a. No one there wants this. Another of the consequences of Trump’s ill-advised decision is to make those in the region feel obliged to take the side of their fellow Muslims.

Jerusalem, to point out the obvious, is not just important to Christians and Jews, it’s the third most important religious site in the world to Muslims. They can’t ignore this. Turkey said before Trump made his announcement that this would be a red line. President Erdoğan is all too aware of his country’s importance in the region. It’s the buffer between Europe and the Middle East, and it’s been growing increasingly conservative under Erdoğan’s rule. He’s also been constantly threatening to ally with Russia instead of NATO. Erdoğan knows he’s needed by the forces for democracy, and he takes full advantage of that.

Wherever you look there are reasons for Trump not to have made this move. Even his own Secretary of State advised against it. But those who butter his bread want him to do this, and that’s all he cares about.

This is not the noble move he wants people to think it is. Like everything else Trump does, it’s entirely selfish.

Ann German sent me this, reminding me of my previous comment, “What is wrong with these people.” Roy Moore believes so many disturbing things, but he’s not alone. A lot of the people who vote for him have the same opinions.

A few days ago, Croatian Slobodan Praljak committed suicide by drinking poison on hearing his twenty-year sentence for war crimes was upheld. Russia Insider has a different view. For example (see link in tweet):

Praljak became “notorious” to the globalist media for ordering the destruction of Mostar’s iconic Stari Most … 24 years ago, during the Bosnian War … . Symbolism, you see, is important, and to globalist, bridges are almost “fetish objects.”

But the truth is Praljak’s action was done for the humanitarian purpose of separating populations that were clearly having trouble living together.

He was a good senator, but he’s doing the right thing. I like what he says here.

“I am aware that there is some irony that I am leaving while a man who has bragged on tape about his history of sexual assaults sits in the Oval Office.”
– Senator Al Franken, December 7, 2017 pic.twitter.com/5m9NWB9yif

It seems clear from this that Donald Trump Jr was actively seeking dirt on Hillary Clinton from what he thought was the Russian government. At this stage though, that appears to me to be more a sign of extremely poor judgement rather than collusion.
(Via Ann German.)

Jared Kushner has revised his financial disclosure form no less than 39 times pic.twitter.com/9DErpMaFsQ

This is fantastic!
(Via Ann German.)

Here’s the video she’s referring to …

Most of you have probably heard about retiring GOP senator Jeff Flake of Arizona donating to Doug Jones, the Democratic opponent of Roy Moore in the Alabama senate election next week. Flake has shown himself to be a man of integrity in relation to Donald Trump, and here again with Roy Moore. Here’s a pic of the cheque. #CountryOverParty
(Via Ann German.)

This will be good!
(Via Ann German.)

Official Atheist Cartoons challenge: Tell me why you believe in a god… https://t.co/XhdQGeqIlM

Have you read the ‘Outlander’ books by Diana Gabaldon? I’m a big fan. The first in the series is Cross Stitch. They’re being made into a TV series, but I don’t know where they’re being broadcast – it’s one of the pay channels. I’ve got them on DVD and the quality is fabulous.

I laughed. A lot. Am I an evil person? I hope there are more of these coming!
(Via Ann German.)

Day 1 of my #AdventCalendar pic.twitter.com/9xwp2So5hy

Day 2 of my #AdventCalendar pic.twitter.com/5Ag9jEZyP2

Day 3 of my #AdventCalendar pic.twitter.com/VHO48WwbUJ

Day 4 of my #AdventCalendar pic.twitter.com/s0OeJdKXgd

Day 5 of my #AdventCalendar pic.twitter.com/6vpnJRV9uL

Day 6 of my #AdventCalendar pic.twitter.com/D97f6WMh6k

While the rest of the world is making efforts to do more to protect the environment, the Trump administration is doing its best to destroy it. He lied in his speech when he was announcing the reduction of the size of the Utah national parks, and now his stooge can’t even get the photo op right.
(Via Ann German.)

Zinke had already rigged his fishing rod when our writer showed up to interview him at the edge of a lake in Glacier National Park. He’d rigged it backwards. https://t.co/ZJujN2c8hm pic.twitter.com/dOXv3mLxGP

This was one of the responses to the above tweet.
(Via Ann German.)

Not sure where else to put this.

Bridge demolition and highway repair completed in fifteen hours in the UK pic.twitter.com/nnvUJv8xxP

One of those things you could watch for hours!

Nothing beats the silence of a library. pic.twitter.com/glJx1wuYGz

Video of a beaver with its kit.

Wonderful guy! You can see by his body language how distressing he finds the idea of the rabbit being caught by the fire.

Witnesses saw this man pull over and rescue a rabbit from the LA wildfires. pic.twitter.com/b0l1BwYJ2g

I love owls, so this video was a real treat.

New Zealand is working to make the whole country predator free to protect our native birds. Several off shore islands have this status already, and native birds were relocated there to thrive. Once is Whenua Hou, where there’s a Kakapo population. But …

Investigations underway into whether there’s a rat on Whenua Hou. No immediate threat to #kakapo, but impacts could be far-reaching. Predator-free islands are critical to many of NZ’s endangered species recovery programmes. #conservation https://t.co/Ysw2tqIGbq pic.twitter.com/HzsXKz6Ef3

This is hilarious! Look out for the look on the dog’s face towards the end!
(Via Ann German.)

This cat knows how to deal with interlopers!

What a cutie! Blanket quicksand!

how is that even comfortable?! pic.twitter.com/6IAOeMhV1x

If there’s a cat in your home, and this has never happened to you, you probably never do jigsaws!

So that’s what unicorns are for! (Making kittens look even cuter!)

We finish off with the wonderful Sean Carroll’s cats …

Been a long week, have some kittens. pic.twitter.com/vv9oQybEoB

Okay, one more. Who can resist this gorgeous creature!