As a result of the first, the US is no longer part of the Trans-Pacific Partnership (TPP). The second imposes a freeze on hiring federal employees, except for the military. The third order pulls funding from international organisations that discuss or perform abortions.

All three policies are damaging to the United States.

Imposing a freeze on federal employees is all about optics and just makes it difficult for federal agencies to do their job. It’s about Trump being able to say, “I’m reducing the size of big government and nothing else.”

Pulling funding from international organisations that even talk about abortion is also about how things look. It’s a balm to the Christian right that unfortunately will largely go unnoticed in the US. But let’s be clear: anti-abortion policies are anti-women. World Health Organization figures show that abortion numbers are lower where abortion is legal. (34 per 1000 pregnancies vs 37 per 1000 pregnancies.) In the US and most developed countries abortions are at the lowest rates they have been for many years because of improvements in education, availability, and quality of contraception. The evidence is that illegal abortion does significantly more damage to women. (For more information, see here. For NZ data, see here.)

However, it’s the first executive order that will do that most widespread damage.

Many on both the left and the right have a negative view of the TPP. Most Republican politicians support it, but Trump opposed it from the start. There is a strong difference of opinion amongst Democrats on the subject too. Obama is a champion of the partnership, and so was Clinton before changing her stance to attract the left-wing voters who oppose it.

The TPP covers countries that represent around 40% of the world market, many of them amongst the fastest growing on the planet. Several of have a huge, emerging middle-class that are crying out for the type of products that the US, Canada, Japan, Australia, and New Zealand produce.

Withdrawing the US from TPP will reduce access to markets for their exporters. The US needs those markets. It’s all very well for Trump to insist he can make better deals, but that takes time and there’s no guarantee he can even get a deal. Besides, if you listen to any of the negotiators from the other countries involved, you will hear the constant refrain that the US always gets its way. In other words, the US does not have the incompetent deal makers Trump insists it does.

My opinion is that withdrawing from TPP is a mistake. It is fashionable to be anti-globalization, but people are forgetting what it has given us.

Fareed Zakaria wrote ‘EVERYONE SEEMS TO AGREE GLOBALIZATION IS A SIN. THEY’RE WRONG.’ from the annual World Economic Forum at Davos last week. He makes an important point.

The World Economic Forum this year feels like an exercise in ritual self-flagellation, which — as with the old Christian practice of fasting and whipping one’s own body — is supposed to purify the sinful nature of man. The sin, of course, is globalization, which everyone now seems to agree has been lopsided, inequitable and dangerous. In fact, most of the flaws attributed to globalization are actually mistakes in national policy that can be corrected.

It took a Chinese billionaire to speak frankly on this topic. Jack Ma, the founder of the e-commerce giant Alibaba, estimated that over the past three decades the U.S. government spent $14.2 trillion fighting 13 wars. That money could have been invested in America, building infrastructure and creating jobs. “You’re supposed to spend money on your own people,” he said. He pointed out that globalization produced massive profits for the U.S. economy but much of that money ended up on Wall Street. “And what happened? Year 2008. The financial crisis wiped out $19.2 trillion [in the] U.S.A. alone. . . . What if the money [had been] spent on the Midwest of the United States developing the industry there?” he asked. “It’s not [that] the other countries steal jobs from you guys — it is your strategy,” he concluded.

In Support of Globalization

You don’t have to accept Ma’s specifics and statistics to recognize the validity of his general point. Globalization created huge opportunities for growth, many of which were taken by U.S. companies. The global economy is still dominated by large American firms; 134 of Fortune’s Global 500 are American. And if you look at those in cutting-edge industries, the vast majority are American. These companies have benefited enormously by having global supply chains that can source goods and services around the world, either to lower labor costs or to be close to the markets in which they sell. Since 95 percent of the world’s potential consumers live outside the United States, finding ways to sell to them will have to be a core strategy for growth, even for a country with a large domestic economy such as the United States.

The Problem With Protectionism

It is much easier to rail against foreigners and promise to fight them with tariffs and fines. But the cost of addressing these problems at the global level is massive. The Economist reports, in a survey on globalization, that in 2009 the Obama administration punished China with a tariff on its tires. Two years later, the cost to U.S. consumers was $1.1 billion, or $900,000 for every job “saved.” The impact of such tariffs is usually felt disproportionately by the poor and middle class because they spend a larger share of their income on imported goods, such as food and clothing. That same Economist survey points to a study that calculated that, across 40 countries, if transnational trade ended, the wealthiest consumers would lose 28 percent of their purchasing power, but the poorest tenth would lose a staggering 63 percent.

The other main issue is the biggest problem, and it’s one that Trump largely ignores. He cannot help but be aware of it though if he’s kept up to date with the complaints about his nominee for Labor Secretary.

Perhaps most important, the key driver depressing wages and eliminating jobs in the industrialized world is technology, not globalization. For example, between 1990 and 2014, U.S. automotive production increased by 19 percent, but with 240,000 fewer workers.

Even when manufacturing comes back to the United States, it is high-end manufacturing. It’s not just new Intel plants that have few workers anymore. Adidas has set up a new shoe factory in Germany that is run almost entirely by robots. It will open a similar one near Atlanta later this year. And the few workers in these factories tend to be highly skilled technicians and software engineers.

You can’t turn off technological revolutions. Nor is there a quick fix to stop business from going to other countries. Tariffs on China will simply mean that production will come from some other developing country.

It’s hard to estimate the cost of something not happening, but I think Trump is taking away trade opportunities from US manufacturers with this action.

The Rise of China

Trade isn’t the only reason Obama was signing the country up to TPP. Equally as important was diplomacy. TPP was part of the US “Pivot to the Asia-Pacific” policy. Because of events elsewhere in the world, especially the Middle East, Obama was unable to pay as much attention to the Asia-Pacific as he intended. However, TPP was an ongoing link that would have continued to grow.

Even if Trump does eventually manage to negotiate trade deals with all the countries who are part of TPP, the US is no longer a part of the TPP family. Further, he has left a gap for a major player. China is not currently a part of TPP, but they want to be. It looks like they will take the place of the US as the major economic power in the region and if and when that happens, Trump will have no-one to blame but himself. 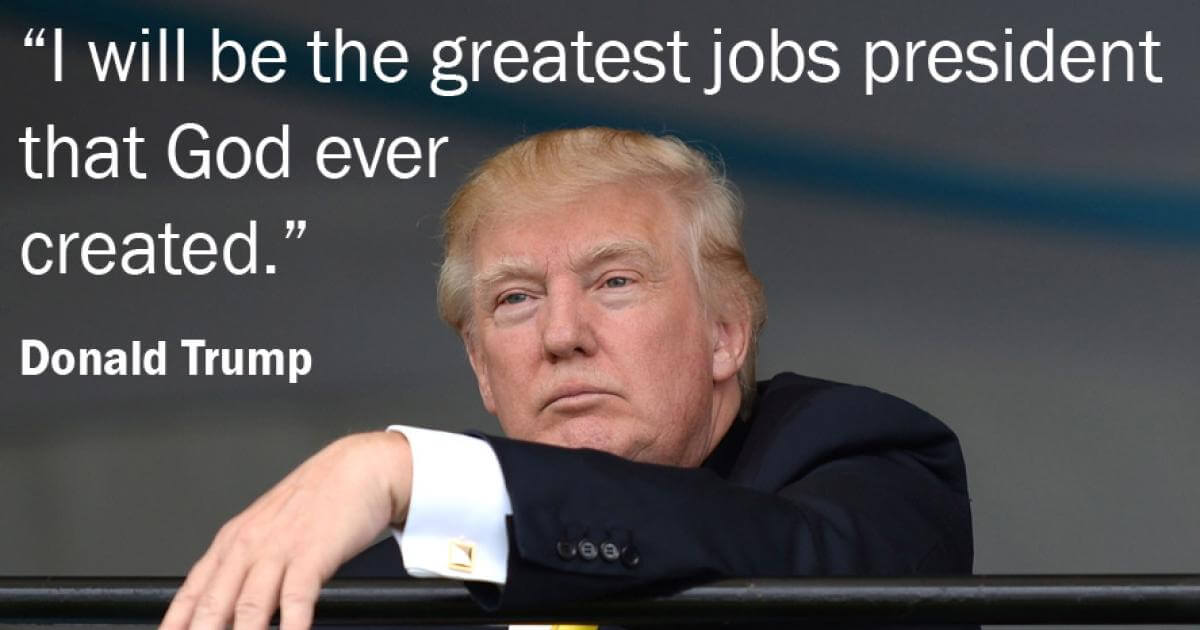 Trump came into office promising to create jobs, especially manufacturing jobs. It won him the votes of many despite the fact they found many things about him personally offensive. And if he creates those jobs, those same people will vote for him again in 2020 and probably a whole lot more.

However, pulling out of TPP is more likely to have the opposite effect. It reduces the market opportunities for US manufacturers and it increases (or at least doesn’t reduce) prices for US citizens.

In my opinion, this move will damage the US economy. It’s also amazing to see a Republican president carrying it out.