The old saying goes, “A picture is worth a thousand words”. I’m a bit of a wreck at the moment, so this post will mostly be picture.

They have this thing in the US they call March Madness. Everyone tries to guess who will win the NCAA men’s basketball. I’m a big fan of the New Zealand Breakers who play in the Australian Basketball League, but I don’t follow US Basketball so I don’t have a clue who to choose in March Madness.

But the fabulous Trevor Noah has a new version, and I made my choices in this one. They’ve chosen what they think are Donald Trump’s most amazing tweets of more than 36,000 and put them into four divisions. Those divisions are Celebrities, Government Affairs, Enemies, and WTF. Each week you get to choose the winning Trump tweets until we get a winner. There are four rounds, a semi-final, then the final.

Here are some of the choices you’ll find at the Third Month Mania website for the first round. I was about halfway through voting when I thought I’d do a post on this, so there are no examples here of the Celebrities division. Some of the choices I had real difficulty picking a winner! 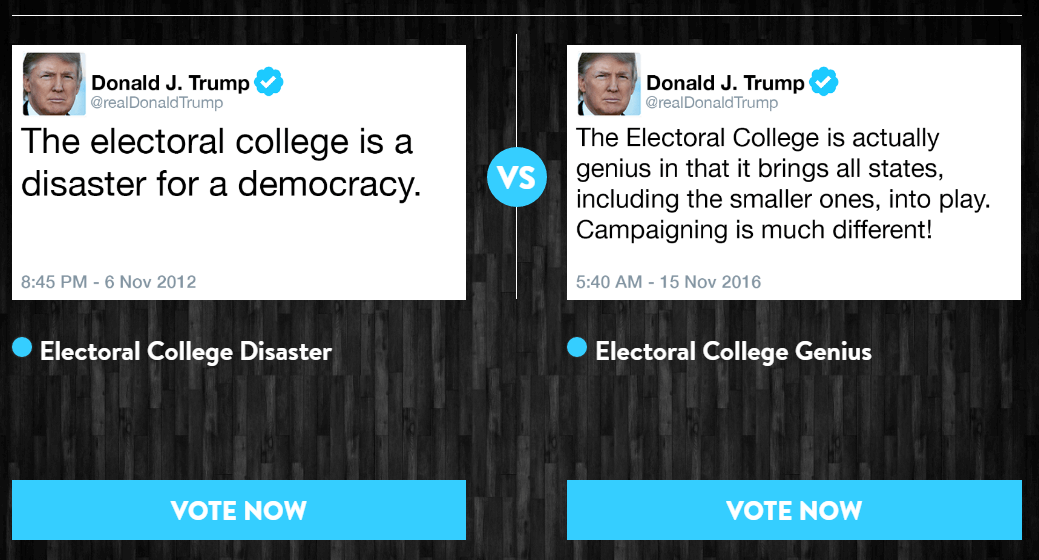 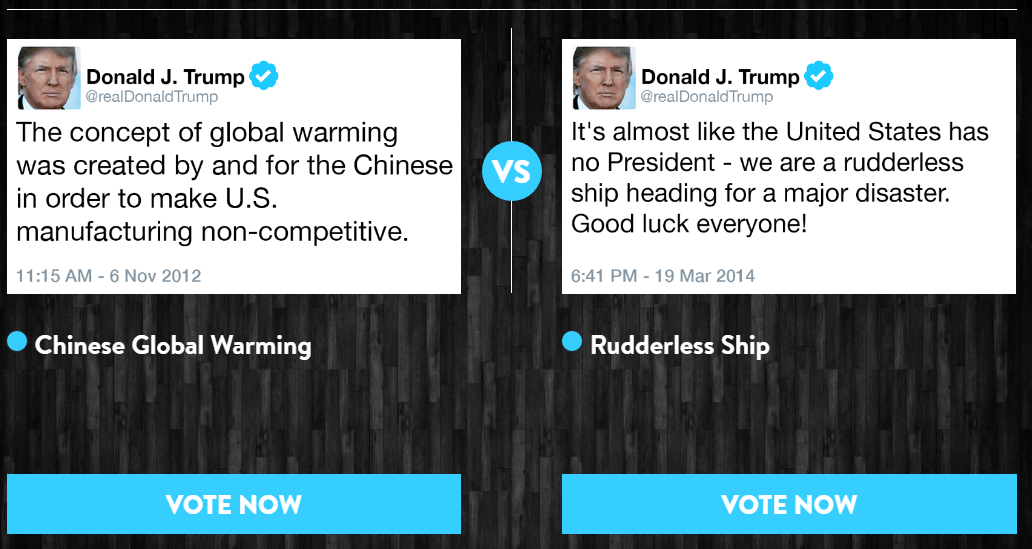 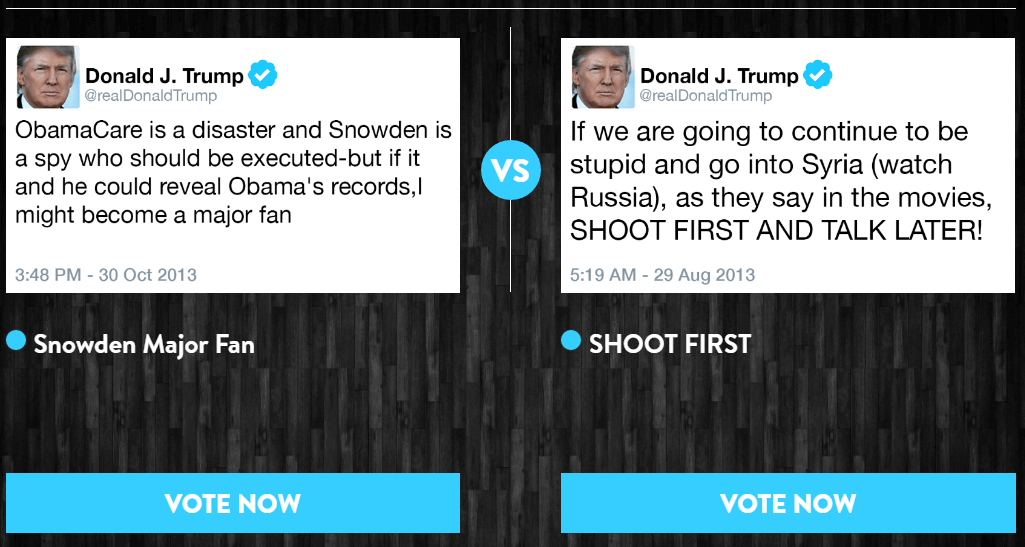 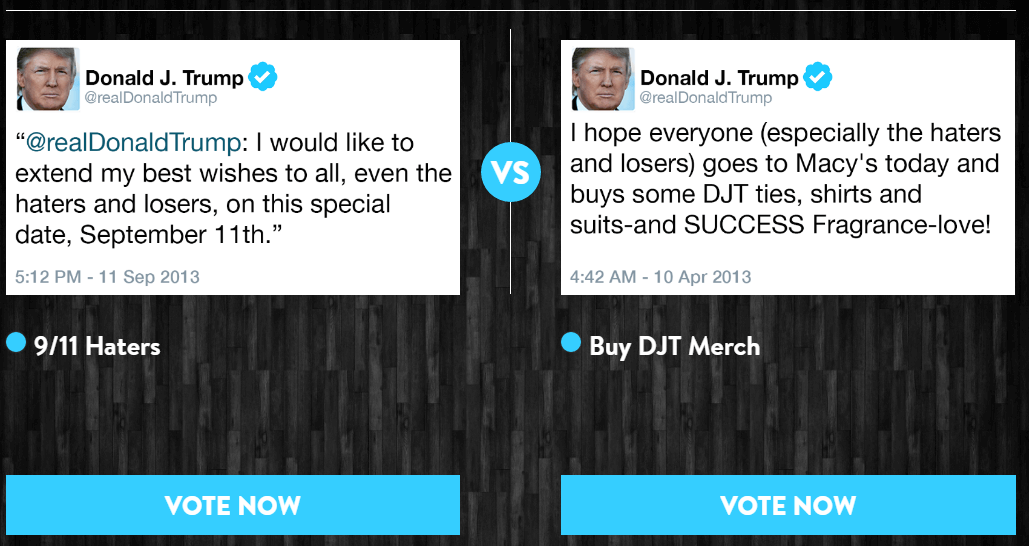 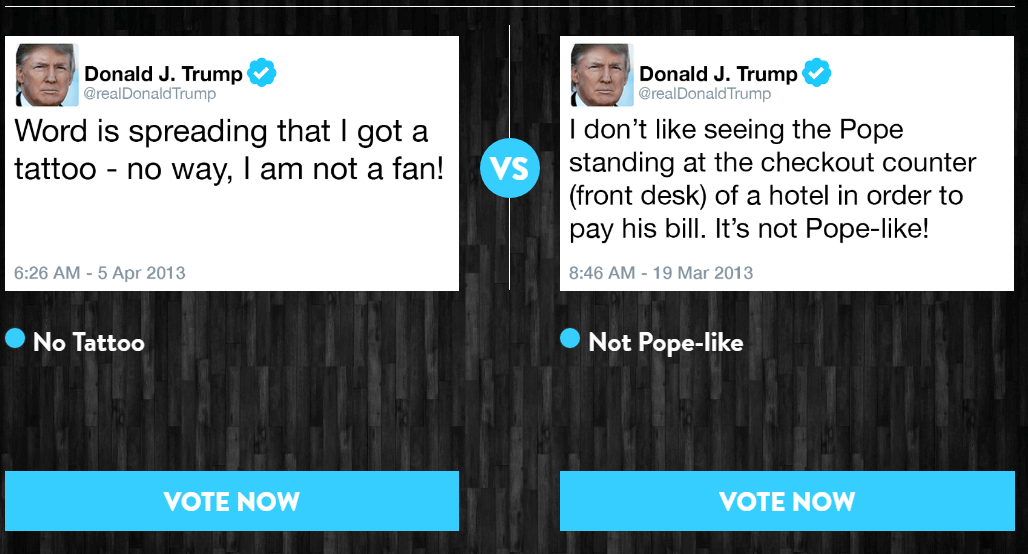 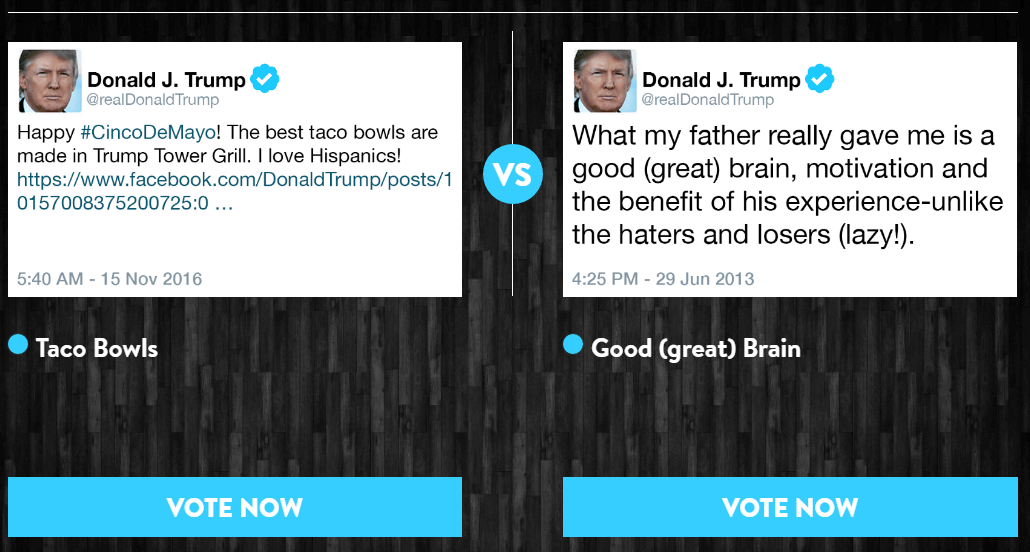 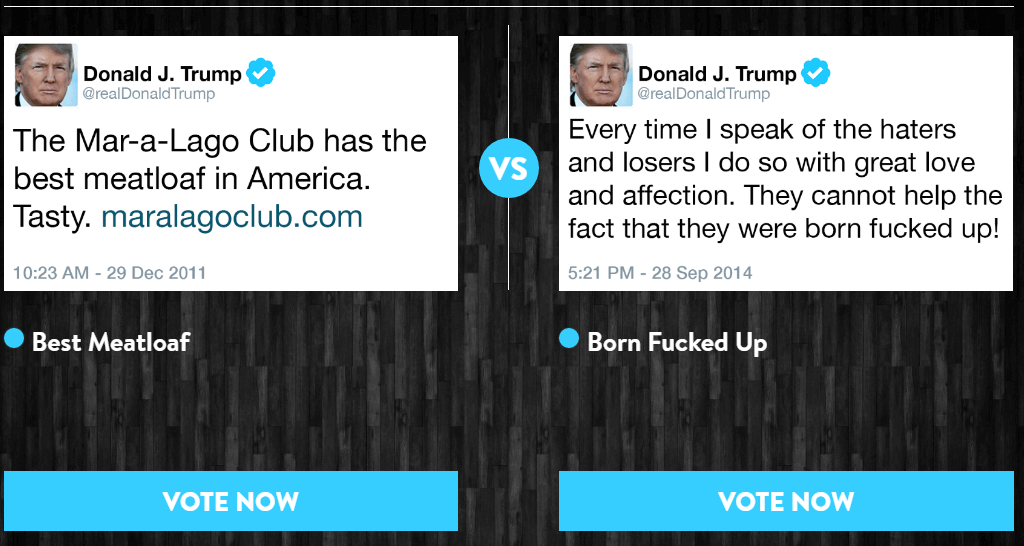 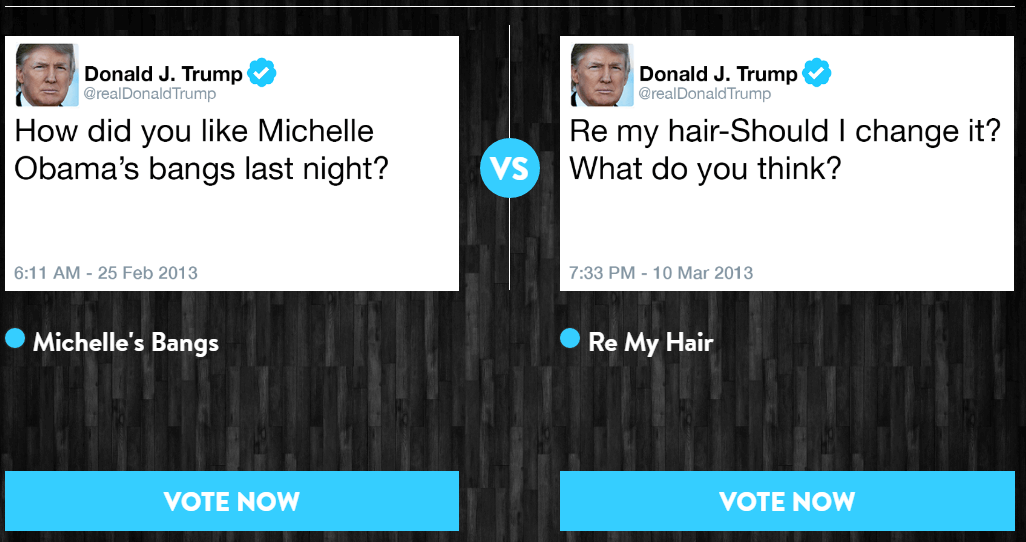 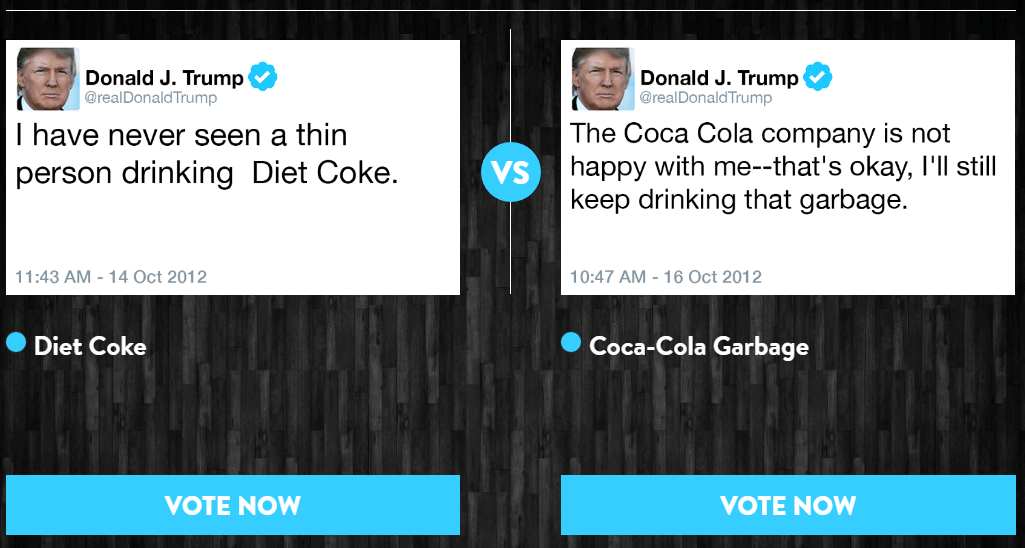 Have a go and let me know how you get on! I can’t wait to see the winners of the first round. Get in quickly because the next round starts in just three days.

I’m not sure tweeting in the way Mr Trump does it is presidential behaviour. However, I’ve heard both Kellyanne Conway and Jeffrey Lorde say that as the president is doing it, it is by definition presidential. You can’t argue with that! 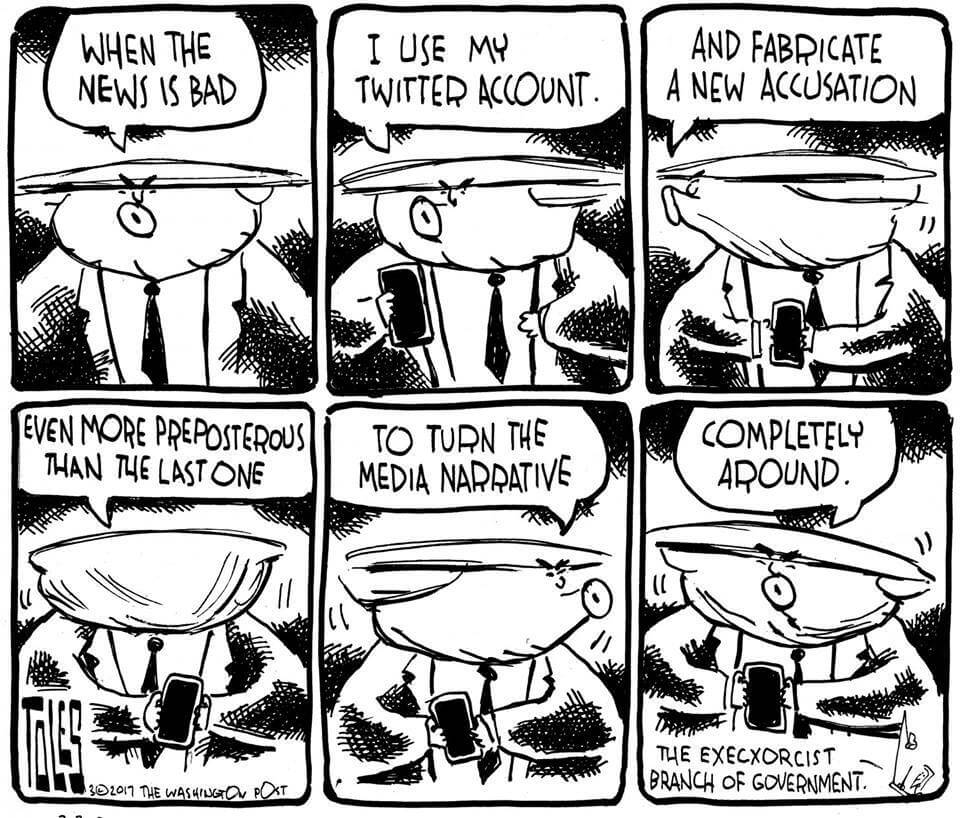 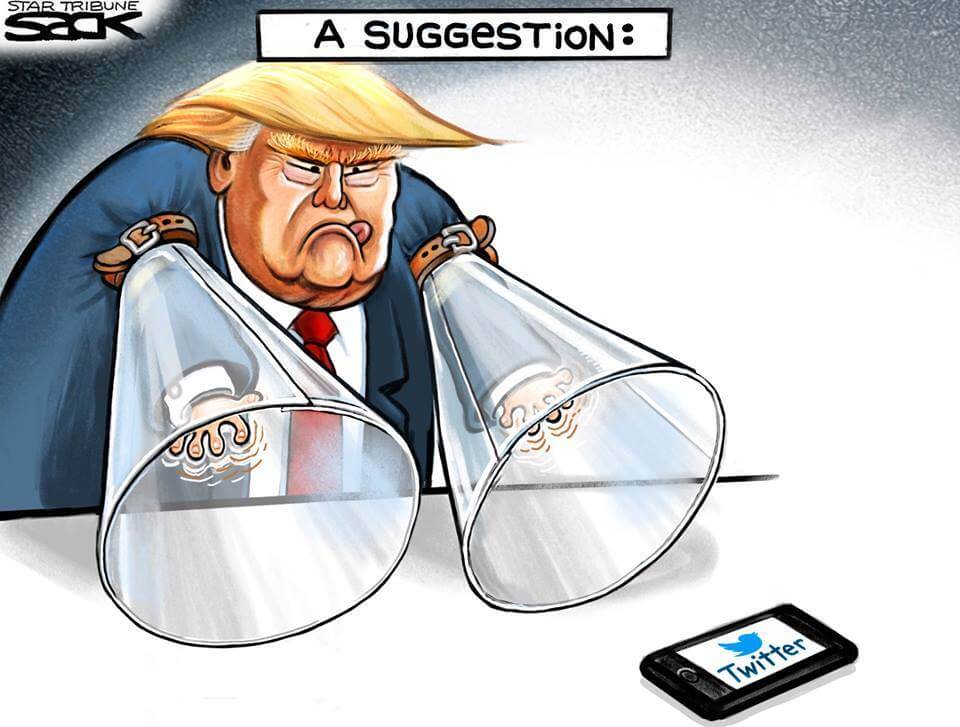