The Mueller Report: Part I 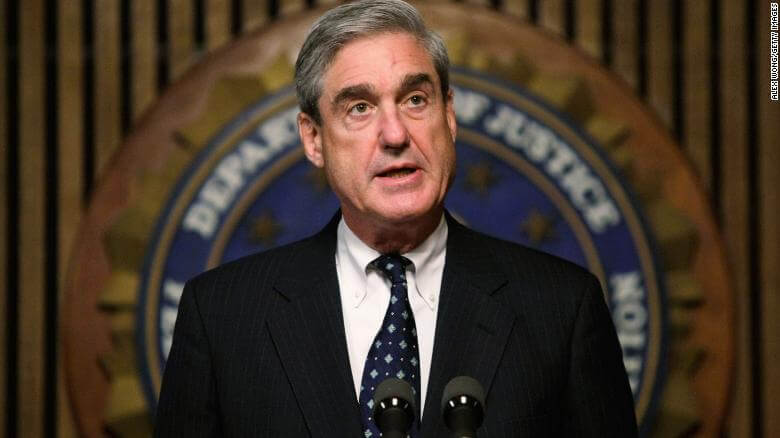 This won’t be my only post on the Mueller Report, so it will be a short one. However, there are a few things I think need to be said at this early stage.

Firstly, that we are at an early stage. In relation to the report itself, the most important thing to say is this: it’s really important we remember that all we have now is a 3½ page summary by a partisan Attorney-General who got the job because of his legal opinions around not indicting a sitting president. In my opinion, though this may be unfair, the “no indictment” rule relates especially to a Republican president.

I’ve said before that I thought actual collusion by Trump would be difficult to prove even if occurred.However, I do remain of the opinion that Trump, along with his eldest son, was an unwitting Russian agent. Trump is too stupid to realize how he was being played, and Don Jr. too naïve. Further, despite what Trump and his supporters are saying, it’s clear that Mueller did not actually exonerate him of obstruction of justice. We need to read the report to know just what he found.

At the moment we are hearing we will see it within “weeks,” but A-G Barr would not commit to releasing the full report. The Democrats are giving him a hard time about this, but there are things that perhaps should not be seen by everyone. For example, ways and means in relation to the counterintelligence part of the investigation should perhaps be at least partly confidential.

The evidence of how Trump can be played is seen by anyone looking. Putin, Xi, Kim, bin Salman, Duterte, and Netanyahu, all lavish Trump with praise and receive benefits in return. At the same time, Trump has treated those who are his closest allies very badly, apparently for the crime of being honest with him.

The most memorable of the occasions that saw Trump supporting his country’s enemies and openly dissing his own people (especially Dan Coats) was a press conference he gave with Russian president Vladimir Putin.

Another shocking moment was when he accepted the word of President Kim of North Korea that he had no knowledge of how Otto Warmbier came by his fatal injuries while in prison there. Just today, the US State Department is still side-stepping questions from the media in relation to Warmbier’s death. (Link: Video from CNN) 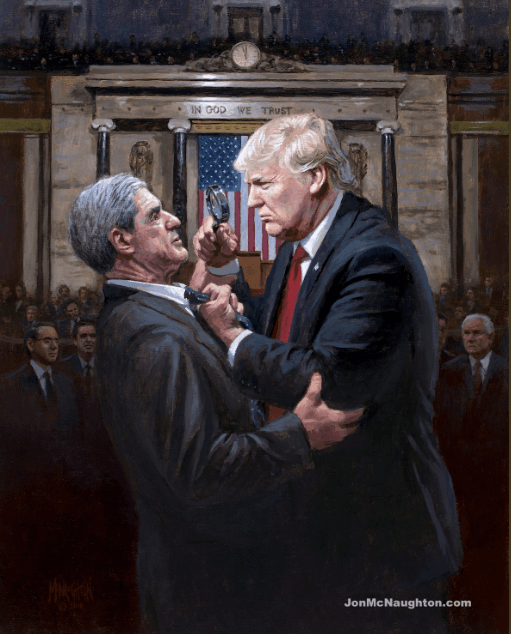 As so often, Trump’s reaction can be summed up with three words: lies and denial. On top of claiming “complete and total exoneration,” he’s even making up a new line of attack on Mueller.

Even Attorney-General Barr is admitting that Mueller was unable to exonerate Trump of some charges, although there was not enough evidence with which to charge him.

That’s not what Trump is saying though. Reporters caught up with him as he was on his way to Mar-a-Lago for the weekend. (Where he even charges the Secret Service for the use of the golf carts they use to follow him when he plays golf.)

He also said the investigation was, “an illegal take down that failed.”

Trump has since made comments on the Mueller investigation at his first rally since its completion in Grand Rapids, Michigan where he said:

Trump said: “The Russia witch hunt was a plan by those who lost the election to try and illegally regain power by framing innocent Americans – many of them, they suffered – with an elaborate hoax.”

It’s quite frankly appalling that he’s reacting this way. A man of integrity would simply thank Mueller and his team for all their hard work and welcome their conclusions.

The investigation as a whole has made more than 200 charges against more than 30 people. Many of these will never come to court as they are Russian nationals and Russia will not allow the US to extradite those facing charges. 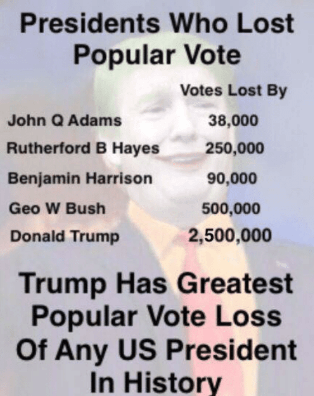 It goes without saying that the Mueller investigation was NOT a “witch hunt,” as Trump repeatedly said. It was a valid investigation and the report likely has solid and verifiable conclusions.

However, the Mueller Report makes no difference to whether or not Trump should be president. Those facts remain what they always were.

Trump became president because of Russian manipulation of US voters and the way the US electoral system works.

In three states in particular, (Michigan, Pennsylvania, and Wisconsin) there were massive attacks against Hillary Clinton that led to, at the very least, hundreds of thousands of Democratic voters failing to turn out to vote. Trump won those states by a very small margin, but most states are winner takes all when it comes to Electoral College votes, so all votes counted for Trump in the Electoral College.

Further, he lost the popular vote by millions. Most USians do not want him as president. It was only the Electoral College that saw him make it into the White House.

And most of all, Donald Trump is a narcissistic, petty, racist, xenophobic, misogynistic, cowardly, bullying, liar, with a penchant for authoritarians and authoritarian behaviour. He’s completely unfit for any leadership role whatsoever, let alone the presidency of the USA.

I meant to include this cartoon in the post, but forgot. It’s a reference to the way Trump’s supporters are reacting to the attorney-general’s summary of the Mueller Report. In my opinion, A-G William Barr has been very savvy in the way he has done this. His letter is the first thing people know about the result of the Mueller investigation and thus the most likely to stick in people’s minds, especially if they’re not following things closely. 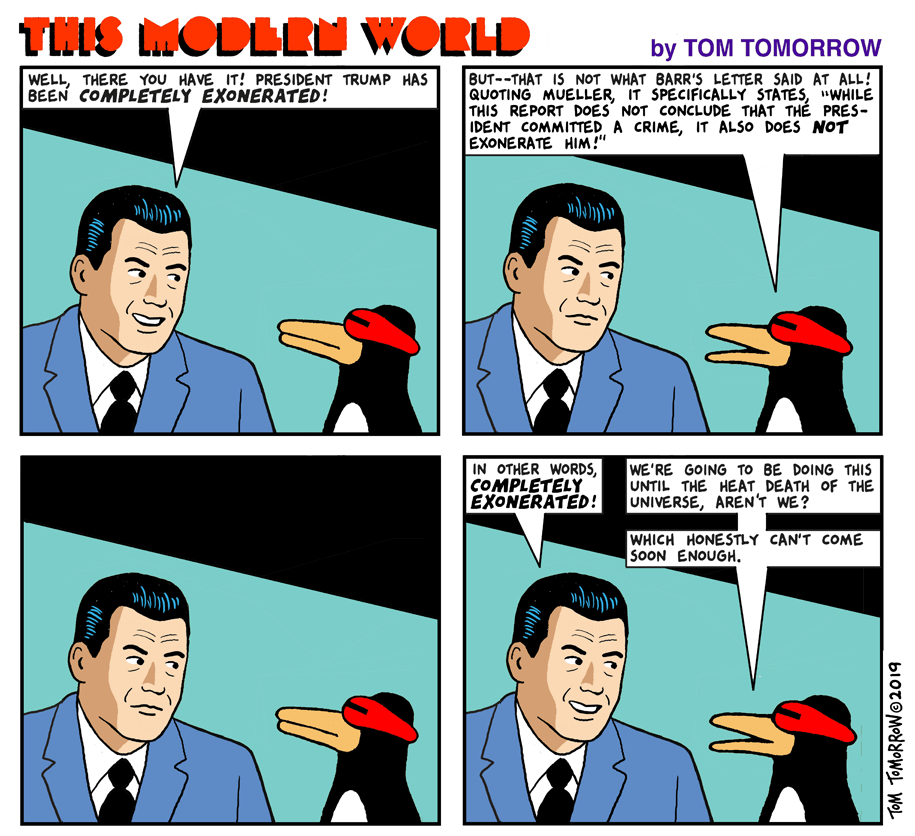 Also, about five minutes after I put up this post, I saw Senator Adam Schiff’s response Republican demands for him to resign for saying there is evidence of President Trump’s collusion with Russians. If I’d seen it earlier, I would have put this in too.

At the Trump rally in Michigan mentioned in the post, the president spent some time abusing Schiff. As is usual with Trump, the attack wasn’t on the facts. Instead, Trump made insulting comments about Schiff’s personal appearance. The closest Trump came to addressing the substance of Schiff’s comments was to call them “bullshit”.