The Direction of World Politics (plus Tweets) 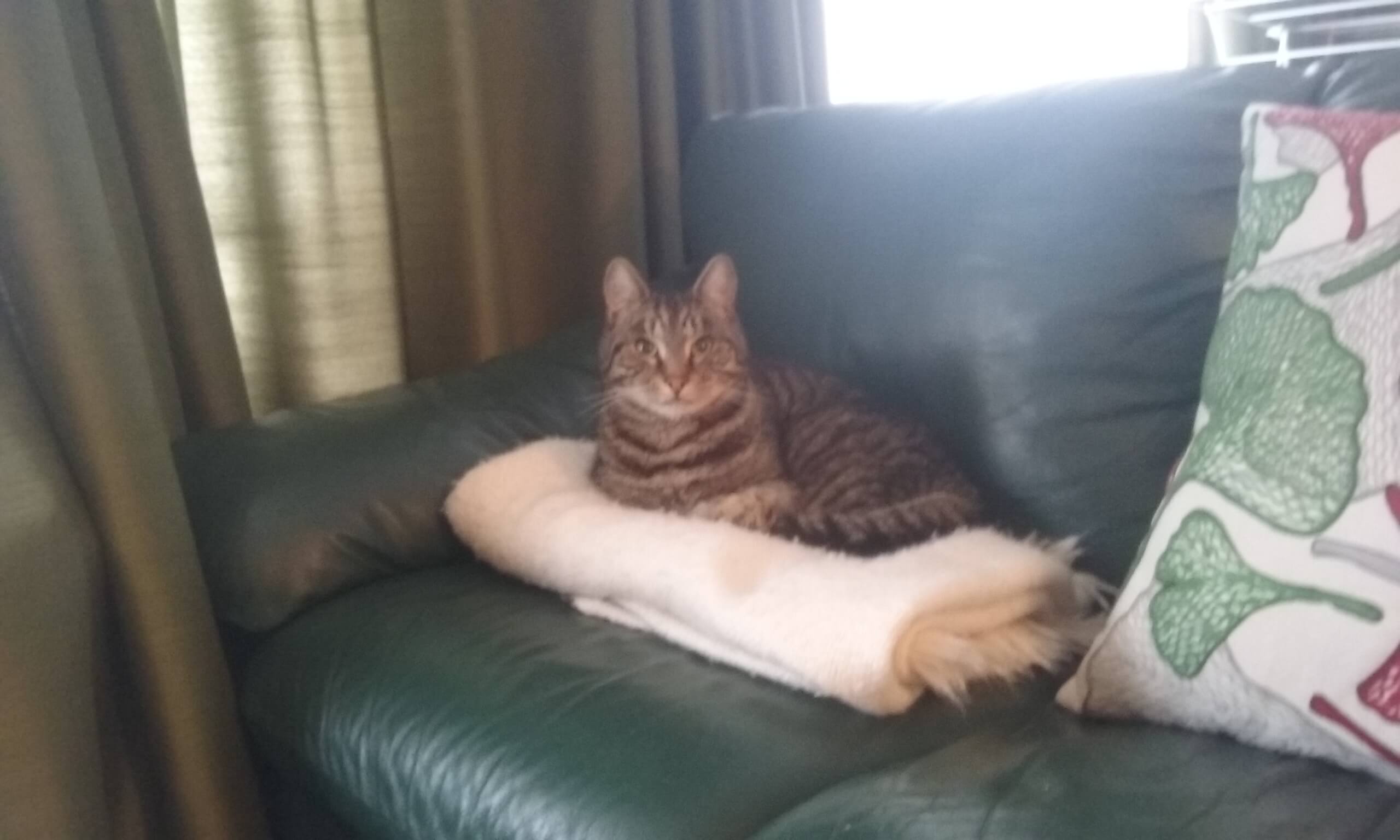 It’s been a while, so I thought I should at least attempt a Tweets Post.

There are a couple of things to catch you up on in my personal life. Firstly, things are much better now I have a decent chair. However, the damage done while I was waiting for that to happen hasn’t gone away yet. I’m telling myself determinedly that it’s not permanent, hoping that I’m right. Everything has become more difficult on a daily basis and that’s why you’re not hearing as much from me.

Secondly, my landlord came to see me a couple of days ago. “I’ve got some good news and some bad news,” he said. The good news was that they’ve decided to take my place off the market! So I’m very happy about that. The bad news was they’re putting the rent up by just over 10%.

He reminded me that at some point they’re going to want to live here themselves. I always knew that was the case. They want to move into my place when they retire. They’re both in their 70s, but I still expect I have a few more years. Also, the current government is planning to put legislation through before the end of their term that means they’ll have to give me a lot more notice than is current law (just six weeks). I think the proposal in the new law is three months. 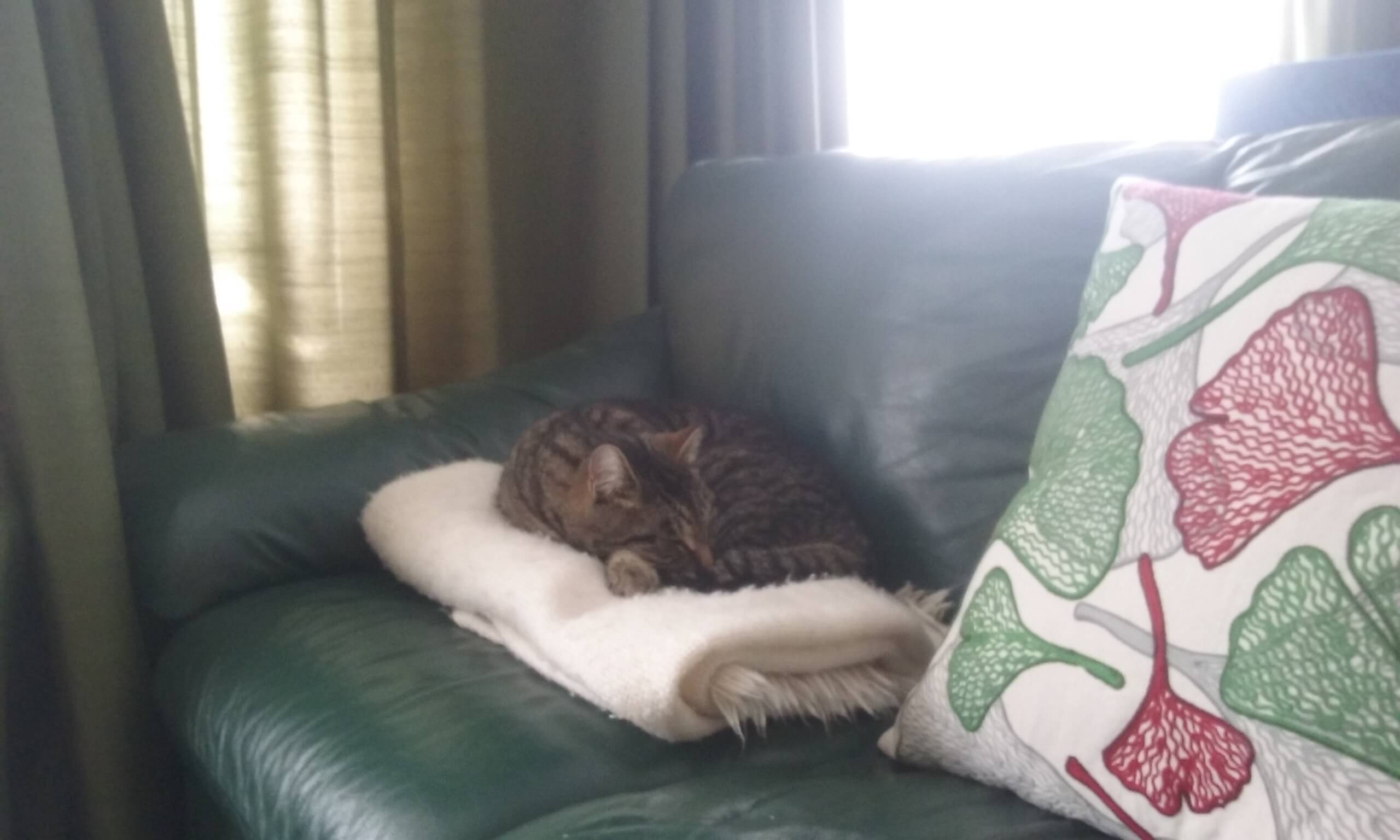 Thirdly, there’s “my” cat. I’ve found out a few things since I last wrote. It turns out he’s a male, not a female, and his name is Stanley. I don’t like the name Stanley, so I call him Reilley. My mother made the suggestion because she thinks he has the ‘Life of Reilley‘ at my place. Jerry Coyne insists on calling him “Riley” after the TV show ‘Life of Riley’ from his childhood. However, Reilley doesn’t seem to notice the difference when he hears Jerry’s voice coming from Skype, so I let him get away with that.

Reilley now spends most of his time at my place. He even sleeps on my bed every night. In fact, it’s months since he spent a night at his real home. At the moment he’s curled up asleep on a blanket in the sofa, though every now and then I notice him opening his eyes to check I’m still in the same spot. Reilley makes a big difference to me. I’m much happier having him in my life. The worst thing when I thought I may have to move out was the idea of never seeing him again.

The Direction of World Politics

And so we come to politics. There’s a lot of stuff that’s really important happening, and much of it needs the handling of politicians of ability and a strong ethical compass. Instead we have Donald Trump, Vladimir Putin, and Xi Jinping. Putin and Xi do have ability of course, but both lack what any decent person surely understands by the phrase, “strong ethical compass”. Both, for example, see murder and a valid political tool.

The other two leaders in the world’s five most influential, Angela Merkel and Teresa May, are both in trouble at home. The reason is factions with conservative and protectionist instincts. Instead of learning from the example of Donald Trump, many seem to think he’s someone worth emulating. WTF is wrong with people these days?

In fact, because of the disaster of Brexit, and the rise of the far right in Germany, we could see the collapse of the European Union (EU). Along with NATO, the EU has brought a new era of peace, cooperation, and prosperity to the region. While Steve Bannon and his ilk spread a new wave of anti-Semitism in both the US and Europe, it’s actually the far-right, with support of religious conservatives, who are the destabilizing influences.

The malignant influence of Steve Bannon and Vladimir Putin

The more that comes out about the campaign promoting Brexit, the more we find just how big Steve Bannon’s role was in getting people to vote for it. And just like in the US, it’s Putin who’s behind it all. Putin is also discovering that conservative religion is a great way to control his people – just like communism was in the good old days. It’s not just the fake news in the US that he’s behind. Putin is also supporting far-right and protectionist candidates throughout Europe with similar fake news campaigns. And he’s succeeding. You want to know what’s behind Merkel’s eye-roll whenever she comes across Putin? It’s because she knows he’s behind the far-right and religious conservatives in her party and coalition that are destabilizing her chancellorship. 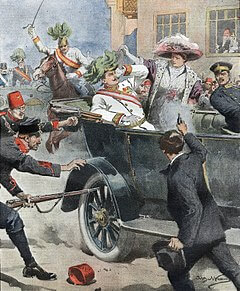 I really worry about the trends in world politics, not least because they mirror those that lead to the Great War, aka World War One. The second decade of last century saw a rise in nationalism throughout Europe, with both far-right and far-left groups resorting to extreme violence to try and get their way.

One of the most infamous was a Serbian right-wing group called the Black Hand. It was behind the assassination of the moderate Archduke Franz Ferdinand of Austria and his wife Sophie while they were visiting the Bosnian capital of Sarajevo. That, of course, was the incident that lit the fuse of the bomb that was The War To End All Wars. If only.

This parody account has come up with a brilliant explanation for why no one on the right will be chanting, “lock her up” about Ivanka.

People need to understand is that Ivanka was using her alternative email for security reasons. There was thought to be a risk to her Government email and that it may be compromised, and so a top official in the army, the commander in chief no less, authorized her personal email

Worse even than the president that ” … saw the US descend into the Civil War”.

It really sucks to be @realDonaldTrump right now.https://t.co/jHxVGYB8ob

Something has to be done about US Acting Attorney General Whitaker sooner rather than later.

Thankfully, there are people on the job.

Matt: We are not playing. When the full story comes out about the FIVE revisions that started the day we requested these forms—& our FOIA will drive that out—I am guessing it won’t be pretty. https://t.co/g8NvDcpt3j

Last week the US CIA made the declaration that the murder of journalist Jamal Khashoggi was at the behest of the Crown Prince of Saudi Arabia. Trump is questioning his own intelligence professionals (because nobody loves them more than he does – remember that?).
(Via Ann German.)

And it gets worse …
(Via Ann German.)

While Donald Trump isn’t even ready to accept that Prince Mohammad Bin Salman Al Saud is responsible for the brutal murder of Khashoggi, Angela Merkel is doing the right thing on behalf of Germany.

Germany will halt all arm sales to Saudi Arabia and ban the 18 Saudi suspects linked to Jamal Khashoggi’s murder from entering the 26 countries in the EU’s borderless Schengen zone, Reuters reportshttps://t.co/BsIkkcKWE9

I wish we got MSNBC in New Zealand!

If you’re not watching Hugh Hewitt on MSNBC try to spin his way out of the president*’s Khashoggi statement, you are missing the Nutcracker of dancing on your own dick.

Norm Eisen is a former White House Ethics Czar – when he makes a statement like this, he knows what he’s talking about.
(Via Ann German.)

This is one of the most repugnant statements ever issued by an American president. Instead of heading it, “America First!” he should have written “Morality Last.” That is the opposite of what America stands for. https://t.co/BNt3KDuRd1

So let me get this straight. Eleven people get sick from eating romaine lettuce and it gets pulled off all store shelves.

Meanwhile, there are over 300 mass shootings in the United States in 2018 and guns are still readily available.

The anti-vax crowd are a group that annoy me more than most. In the real world, you’d have to put up with a rant from me if you told me about this!

As Ann German said when she sent me this tweet, “Maybe they’ll fall off the edge of the earth.”

Father learns he will become a grandfather

#haravointi
Oh bless your hearts you cute little Finns. It’s so quaint that you frolic among the elves while raking leaves. Here in Canada we have automated with our forest Roomba. The money we saved is going into building a border wall. Guess which border we’re walling off? pic.twitter.com/AvMltRT0x4

Dart championship descends into madness as players accuse each other of farting https://t.co/KUWGWErwAo pic.twitter.com/IihuXrm9pd

As it says, interesting.

????Want to keep your Credit Card safe from Electronic Pickpockets?

????The only wallet that brings ingenuity and Safety Together✔️

Don’t mess with me!

This is a pet relationship I’ve never come across before …

When this woman met a little chick who was found on the streets of NYC, she didn’t expect to fall in love. But Bree quickly showed his mom that they were meant to be family ???? pic.twitter.com/Un6ZDtduqw

I never knew Tasmanian Devils could be so cute!
(Via Ann German.)

May your eyes and yes, your very soul be cleansed and rejuvenated by these cavorting Tasmanian devil joeys. pic.twitter.com/NECVDfA89B

They looked so confuse when the carrots dropped ????https://t.co/1pZFxDCAEf pic.twitter.com/0EzpCxuw8D

We wondered how Finn was escaping the kitchen after we closed the gate… now we know how the smart boy escapes. ????https://t.co/oVGgawxJvo pic.twitter.com/9EsnX0YV58

One slip, and it would be all over. This cat is pretty special!

Look at that lovely face!

Oh, to be gazed at by those eyes!