On 25 October the Southern Poverty Law Center (SPLC) released a ‘Field Guide to Anti-Muslim Extremists‘. The guide includes a list of fifteen people, two of whom have caused a great deal of controversy – Maajid Nawaz and Ayaan Hirsi Ali. Ahnaf Kalam launched a Change.org petition a week ago to have their names removed from the list, which has already garnered over 10,000 signatures!

The same day I wrote the post supporting Maajid Nawaz, I emailed the SPLC directly:

In the past I have been a great admirer of SPLC’s work opposing racism and supporting civil rights. However, I am very disappointed in your recent action of including Maajid Nawaz and Ayaan Hirsi Ali on your ‘Field Guide to Anti-Muslim Extremists’.

I feel this must have been done without an awareness of the work both do in support of Muslims and wider human rights. There are authoritarian leftists who oppose them and have done much to smear their names, but I would hope that an organization with the reputation for integrity that the SPLC has would have done their research and realized this is the case, and looked only at the facts.

I recently wrote about the case of Maajid Nawaz on my blog, and the post has received nothing but support for Nawaz and opposition to SPLC’s decision. I hope to do one related to Ayaan Hirsi Ali too. In the comments section, Ayaan Hirsi Ali has also received extensive praise.

I would ask that you reconsider your decision to include Maajid Nawaz and Ayaan Hirsi Ali on your list of anti-Muslim extremists. Neither fits this description and they should not have such an appellation attached to them.

Thank you for writing in about the SPLC’s report, “Field Guide to Anti-Muslim Extremists.”

We understand that not everyone in this report is equal in their rhetoric and positions on Islam. However, its purpose was to point out that many people who regularly appear on television news shows as Islamic experts routinely espouse a wide range of falsehoods that depict Muslims as intent on undermining American constitutional freedoms or prone to support terrorism.

Promulgating misinformation – whether intentional or not – pollutes democratic discourse, makes it more difficult for citizens to cast informed votes, and limits the ability to participate meaningfully in public debate.

When people use their public platform to make false claims, such as Muslims being responsible for “70% of the violence in the world today,” they give credence to fringe activists and politicians who are pushing extreme anti-Islam policies, such as banning all Muslims from immigrating to the United States.

Remarks like these are not thoughtful criticisms of Islam — they are factually incorrect statements that some people will accept as fact and, as a result, have a distorted view of all Muslim people.

We take your criticism seriously, and will take it under advisement when writing on this topic in the future.

The only claim from their Field Guide that they have reproduced here is the one relating to Ayaan Hirsi Ali about “Muslims being responsible for ‘70% of the violence in the world today’.” As I showed in my post in defence of Hirsi Ali, that figure has a reputable source. Hirsi Ali was not using her “public platform to make false claims” as they contend. 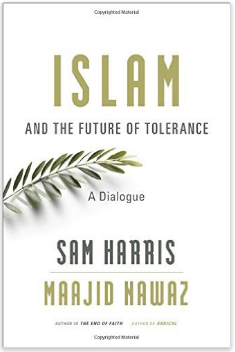 There are people who who use their “public platform to make false claims,” but they do not include Ayaan Hirsi Ali or Maajid Nawaz. What they are both doing is making a point of having an open an honest conversation with all comers about the reality of the situation.

Ayaan Hirsi Ali reiterated this herself in the podcast she did with Sam Harris recorded on the very day that this dreadful list came out. In ‘The Borders of Tolerance‘ Hirsi Ali and Harris talked about how some have managed to take advantage of the political systems in the West to force a form of multiculturalism that denies some of the genuine issues that come with integrating people from a closed culture into one that is open.

They noted how groups like the Council on American-Islamic Relations (CAIR) have managed to dominate the discourse. They gave the example of CNN going to CAIR whenever they wanted a comment from the Muslim perspective rather than people like Asra Nomani. According to Wikipedia:

Critics of CAIR have accused it of having ties to Hamas. Federal Judge Jorge A. Solis said that there was evidence to show that CAIR has an association with the Holy Land Foundation, Islamic Association for Palestine, and Hamas. However, Judge Solis acknowledged that this evidence predates the official designation of these groups as terrorist organizations.

Critics of CAIR, including six members of the U.S. House of Representatives and Senate, have alleged ties between the CAIR founders and Hamas. The founders, Omar Ahmad and Nihad Awad, had earlier been officers of the Islamic Association of Palestine (IAP) and were described by a former FBI analyst and a US Treasury Department intelligence official as “intimately tied to the most senior Hamas leadership.” Both Ahmad and Awad participated in a meeting held in Philadelphia on October 3, 1993, and this meeting involved senior leaders of Hamas, the IAP, and the Holy Land Foundation (which was designated in 1995 by Executive Order, and later designated in court, as an organization that had raised millions of dollars for Hamas). Based on electronic surveillance of the meeting, the FBI reported that “the participants went to great length and expended much effort hiding their association with the Islamic Resistance Movement [Hamas].”

The attitude demonstrated in the response from SPLC is, in my opinion, straight out of the Authoritarian Left’s playbook. No one is allowed to say anything bad about Muslims, even if it’s true, in case an anti-Muslim bigot repeats the information in a discriminatory attack.

The SPLC also appears concerned that people will not be able to cast informed votes if they listen to Maajid Nawaz and Ayaan Hirsi Ali. Hirsi Ali made it clear in the podcast with Sam Harris that she had deliberately kept away from referring to the election, but her comments indicated that she has a very negative view of Donald Trump. Maajid Nawaz has made it clear in multiple fora that if he had a vote in the US election it would be for Hillary Clinton, including in an article in the Daily Beast, ‘When Powerful Men Play the Victim‘.

Perhaps the SPLC wants people to vote for Donald Trump in opposition to the view of Nawaz and Hirsi Ali?

In their email, they further say making any negative comments about Islam “pollutes the democratic discourse.” No. Just No. 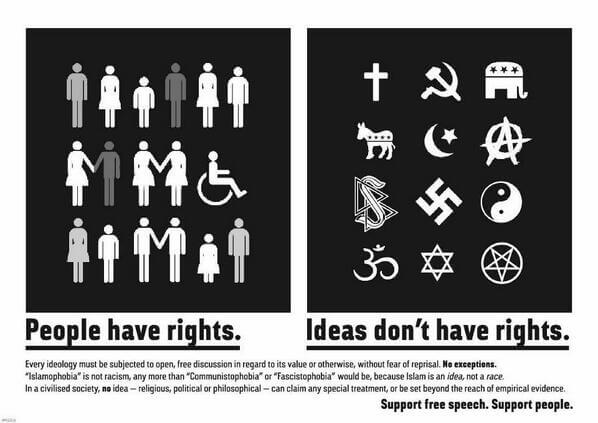 What “pollutes democratic discourse” is shutting down voices, and preventing freedom of speech.

What “pollutes democratic discourse” is putting out lists of people to whom you would deny a platform.

What “pollutes democratic discourse” is not checking out the information you are given about people to see if it passes an integrity test for evidence.

What “pollutes democratic discourse” is using fatwas issued against people by Islamists (both Nawaz and Hirsi Ali) as evidence that they are anti-Muslim extremists.

What “pollutes democratic discourse” is thinking you’re the only one clever enough to made a proper judgment of the evidence, and therefore you have the right to tell everyone else what they should think.

(Actually, on the last one they might have a point given the number of USians who think Donald Trump is a man of high moral character. 🙂 )

So, obviously I didn’t get anywhere by contacting the SPLC. I’m undecided whether I should respond to their email. What do you think?