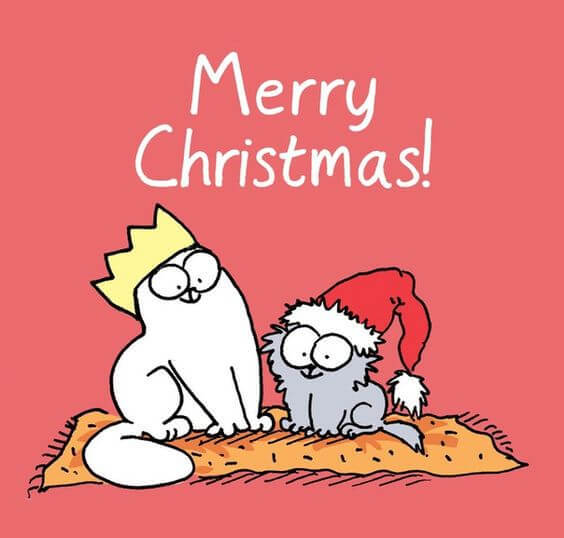 Simon’s Cat is one of the features of the website that’s fallen by the wayside a bit. Life has got in the way, and, of course, I’m still learning what I want to do with this website. When I began just over three years ago, I didn’t think I’d be writing so much about the US for example. But then I didn’t think its people could revert to a president like Trump after one like Obama either.

As it’s been a while since I did a Simon’s Cat post, there are quite a few videos that didn’t make it to the website. However, a lot of the videos the team produces these days are compilations or repeats. That’s a bit annoying. It’s easy enough to go back and watch good ones again, and I don’t like thinking I’m getting a new one when I’m not.

On with the show!

This first video is a new one, but all the clips in it come from old videos. It’s quite fun how it’s been put together from a cat’s point of view though, so it’s not as annoying as most of the repeats.

There are “proper” new videos too, and we got one just last week. It’s name is ‘Fireworks’, and I can’t help wondering if it was made for Guy Fawkes’ Day. Perhaps they were late finishing? Or maybe the greater number of US subscribers these days means a lot of people just don’t know about Guy Fawkes. Anyway, here it is.

This is another new one, clearly for Christmas, and I like it a lot. Anyone with a cat will recognize that this is just how it goes when playing with your cat. The inevitable interruptions happen too, though more often than not the cat gets bored before the human does in real life. Well, it does when you don’t have a life anyway! (I’m exposing myself as a crazy cat lady, and I don’t even have a cat!)

This is another Christmas one. It’s almost three weeks old now, so many of you may already have seen it. The d*g is in the story this time, and he ruins Simon’s Cat’s efforts, as dogs are wont to do!

While I was looking for these videos I came across another video that was new to me: this year’s Valentine’s special. It’s called ‘Tough Love’. As those of you who are single will understand, Valentine’s Day is one of those particularly depressing times of year which are to be avoided. So I didn’t watch this at the time, then forgot about it. If any of you need some more Simon’s Cat after the four videos above, this one’s not as hard on the heart as most in the Valentine’s category.

I believe cats love Christmas when they live in the homes of those of us who put up Christmas trees. All those shiny new things to play with! They probably think it’s just for them, and why not. I’ve got some decorations I know a cat would adore!

I was seriously contemplating getting a kitten (or two) on my return from my last trip away. Now that my abode is being sold that plan went out the window, but each time I look at my tree I can imagine a kitten having a great time with it.