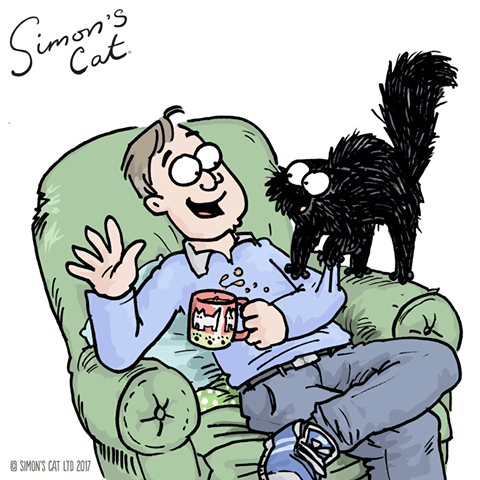 This new Simon’s Cat video, Cat Yoga, came out several days ago but I’ve been too busy to post it. It’s more than 35 years since I did yoga so I don’t remember much about it, but some of the names here seem familiar. I do remember the Downward Dog, which, of course has a new name here – Downward Cat!

Anyway, on with the show! 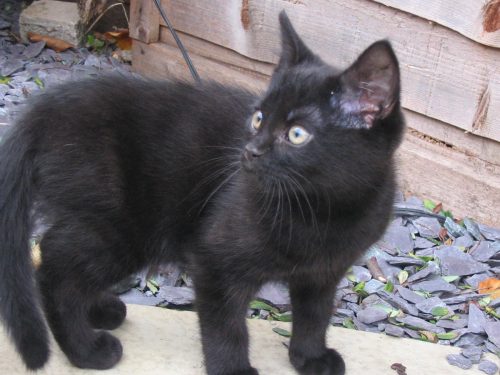 Simon Tofield’s cat Hugh, who he had from a kitten and died in 2015. Who could resist such a gorgeous animal? (Source: Simon’s Cat Blog. Click pic to go to source.)

It’s quite weird to me that any type of cat needs an Appreciation Day, but that’s the affect of religion and other superstition. Apparently black cats are hard to re-home because there are still people who buy into the superstition that they’re unlucky. And because of their stupidity and ignorance, innocent animals suffer.

For goodness sake! It’s the 21st century people! Isn’t it time we put such things behind us?

In Western culture, the historic belief was that black cats were the familiars of witches, or shape-shifting witches themselves. That wasn’t a big deal until the Church became part of the story in 1484 when Pope Innocent VIII formally denounced witchcraft. In Europe there was even large-scale burning of black cats. In some places, just being caught with a black cat could result in punishment.

Cat burning didn’t happen in England until the Pilgrims came over from the US with their unshakable belief in a literal Bible. They bought into the idea not just that witches are real, but they had to be sought out and made to suffer. As usual, the source of hatred was that Book of Love – the Bible. Exodus 22:18 (King James Version):

Thou shalt not suffer a witch to live.

In England and Western Europe around 200,000 people were killed for witchcraft. Most of them were women who were poor, elderly, and otherwise unable to defend themselves. Thankfully we no longer burn “witches” or their cats. However, there are still cats suffering because of the ignorance perpetuated by religion. Maybe that’s why so many atheists are cat lovers! 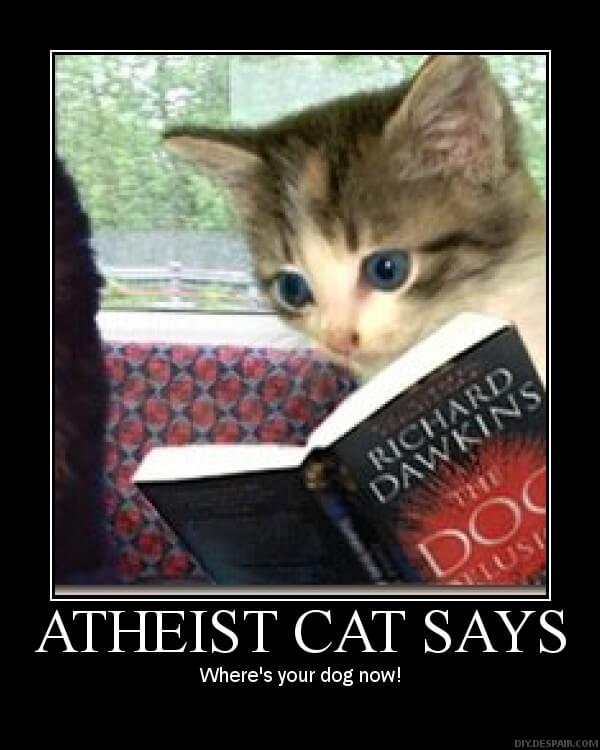