Rick Wiles: Donald Trump is Under House Arrest in the White House

Every now and then I come across End Times believer Rick Wiles of TruNews via Right Wing Watch. This man not only believes every conspiracy theory that’s going, he makes up new ones of his own. He thinks there’s an organization which he calls variously “deep state” or the “shadow government”, which he thinks is really running the US. He also believes there’s a group controlling the whole world.

At the moment he’s in a right(eous) panic. According to him, four major right-wing figures have been got at. Here’s what he says in part of his radio show (via Right Wing Watch):

They just took down Bill O’Reilly. Now Alex Jones is on the ropes. Who is next? Who is the next person that’s going to be taken down? They are eliminating all opposition to the shadow government. 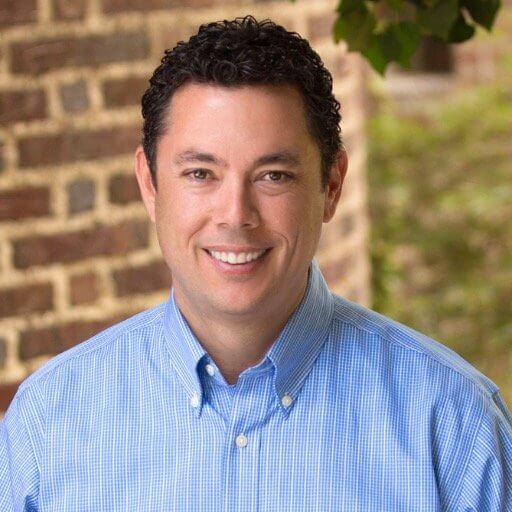 Wiles and his co-host think that the Congressmen Chaffetz (whose name they pronounce incorrectly) is resigning because he has been got at by “deep state”. He says the Chaffetz resignation is part of the shadow government’s plan to take out major right-wing figures.

Although the Chaffetz announcement says he will not run in 2018 and may depart from his seat early, there is no indication of a permanent retirement from public life. In fact, he has left the door open to return in the future.

Chaffetz is chairman of the House Oversight Committee. There has been criticism that the committee was too keen to investigate Hillary Clinton, but has been slow to investigate Trump’s potential conflicts of interest.

No one knows yet why he’s leaving. I see two possibilities as the most likely:

(i) the serious illness of someone close to him;
(ii) he doesn’t want to be part of investigating Trump.

According to Wiles, Bill O’Reilly didn’t lose his job because his history of sexually harassing women finally caught up with him. He’s been “taken out by the deep state”.

Rick Wiles isn’t personally a fan of O’Reilly – he thinks he’s too moderate. He shows tolerance for same-sex marriage for example. However, he’s the most popular voice in right-wing media, and Wiles thinks that’s the reason he’s been “taken out”. 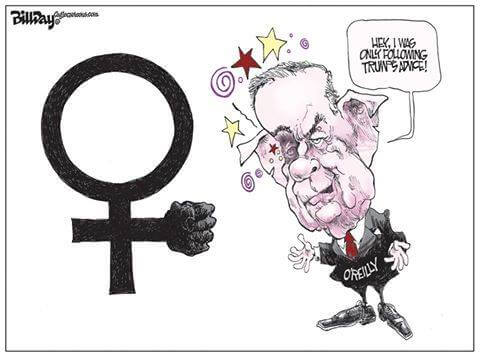 Most of the rest of us wonder how O’Reilly has kept going so long when Fox News has clearly known how badly he treats women for several years. It’s only a short time since the renewal of his latest contract. However, watching Anderson Cooper interview former Fox News political analyst Kirsten Powers yesterday made it clear. 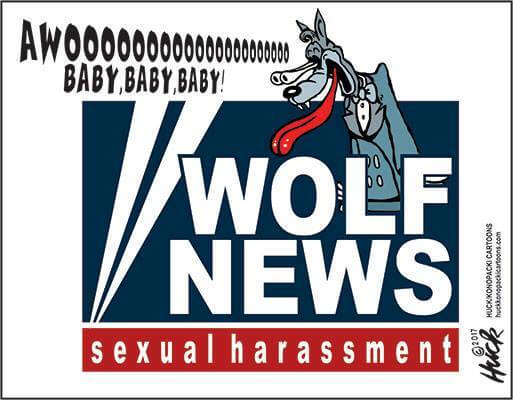 In the interview Powers said that early on in her time at Fox, she found some comments made by O’Reilly to herself and another women problematic. She complained to multiple people, going further up the chain of command each time. None would do anything about it. Eventually she took her complaint to former CEO Roger Ailes. She said that Ailes response was basically that no one likes Bill but we have to put up with him because he makes so much money for the company.

Of course, Ailes himself lost his job at Fox News in July 2016 due to a series of sexual harassment allegations. However, the two women who went public in accusing him, Gretchen Carlson and Megyn Kelly, also left the company.

I’ve written about Alec Jones before. He’s another conspiracy theorist in the mould of Rick Wiles himself. Jones has millions of devotees to his YouTube show InfoWars. There he spreads such revolting lies as 9/11 and the 2012 Sandy Hook massacre were hoaxes, and Hillary Clinton was running a paedophile ring out of the basement of a pizza shop.

These lies have real world consequences. Parents of children who died at Sandy Hook are still receiving abusive phone calls for making up the death of their children. Also, an Alec Jones fan drove to the pizza shop in the Clinton hoax and opened fire with his gun because he was so angry at the abuse of children that he thought was happening.

Jones’ wife recently left him, and he is in a custody battle with her. One of the things she wants to protect her children from is his InfoWars show, which he lets them watch. Thus, Jones’ lawyer now says that Jones doesn’t believe any of the things he says – he’s just a performance artist.

As always, Trevor Noah’s take is brilliant (and keep watching to the end – you’ll be glad you did!):

Enter Rick Wiles. He thinks the “deep state” engineered this whole thing. Their role was somehow forcing Jones’ lawyers to say he was making it all up to discredit him.

This is the most bizarre one of the lot. Apparently, Trump has not been acting like himself for the last two weeks. Wiles thinks the “deep state” therefore have him under house arrest at the White House. Someone else is even doing his tweets for him! This is so the “shadow government” can more easily do their job of ruling the world, which Trump was interfering with.

The Right Wing Watch story includes an audio clip of the TruNews radio show in which Rick Wiles makes his claims. It’s both funny and scary to listen to – scary due to knowing people are taking him seriously.

People like Rick Wiles are clearly delusional, but as I wrote above their words have consequences. They are persuasive, and people believe them. We have easy access to all sorts of information these days, and that’s wonderful. Unfortunately, there’s also a down side. There are a lot of people who don’t seem to be capable of assessing information for accuracy.

Most of us have a tendency to believe what we want to believe. We’re more likely to believe bad things about people or groups we don’t like for example. There have always been people like Rick Wiles (and Alec Jones). These days, they are able to connect with others of like mind in a way they never could before.

I can’t help thinking that a combination of the way our minds have evolved and religion are the problem here. As children we believe what our parents tell us, and we continue to believe authority figures we trust. Literally billions of people worldwide believe in the supernatural in some way, and thus religion has a firm grip on many.

I don’t know if there’s anything we can do about it, but we do need to be aware of the problem.