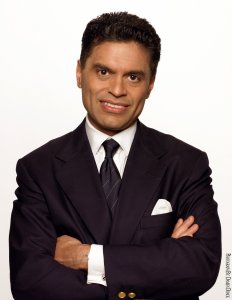 Fareed Zakaria’s Why They Hate Us, updated to include the Orlando massacre, has been playing on CNN again this weekend. It’s an excellent documentary by one of my favourite commentators. (The full 40 minute documentary is at the bottom of this post.)

Reza Aslan, who’s described throughout as a religious scholar, is included amongst the experts talking about the intersection between Islam and the West. This clip (which I have no argument with) is of one of his appearances on the show: 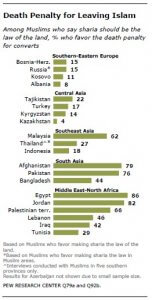 Following this clip, Zakaria goes on to outline some of the Pew Research Center statistics that I’ve presented here before such as that in Egypt more than 80% of those who want Sharia think adulterers and apostates should be killed.

I mean, we may be appalled by certain regressive beliefs, but they are just beliefs. The issue is people’s actions.

This has been a theme of Aslan’s before – that beliefs don’t matter. This is a claim of his I have dealt with at length previously. My opinion is that it’s ridiculous. In order for a person to act on a belief, they first have to have it. No one kills someone for apostasy if they don’t first believe that apostasy is something deserving of death.

But can some bad thoughts lead to bad actions?

He then goes on to point out Bill Maher’s statement on the subject on his show, Real Time, another comment I’ve used here before:

If vast numbers of Muslims across the world believe, and they do, that humans deserve to die for merely holding a different idea, or drawing a cartoon, or writing a book, or eloping with the wrong person, not only does the Muslim world have something in common with ISIS, it has too much in common with ISIS.

Zakaria then provides Aslan’s response to Maher, which as well as being a false analogy, contradicts his statement above that beliefs are unimportant:

The Christians of the Westboro Baptist Church believe that God hates homosexuals, and so as a result of that belief they picket the burial ceremonies of American soldiers who die overseas. Now Christians in the United States also believe that homosexuality is a sin, so they share that belief with the Westboro Baptist Church. But they would never share in those actions. By Bill Maher’s logic, those two groups are essentially the same because they share one fundamental belief.

Aslan’s analysis doesn’t make sense to me. For a start, there is no logical relationship between the belief that God hates homosexuals and the picketing of the funerals of US soldiers killed overseas. Secondly, not all Christians in the United States believe that homosexuality is a sin. That leads to a third point – Maher never said “all” Muslims, but Aslan is responding as if he did. Most important of all though is that while the fact that the Westboro Baptist Church pickets funerals is extremely offensive, it pales in comparison to killing people for their sexuality, beliefs, or for adultery. And we’re not just talking about terrorists here – there are ten countries where homosexuality, for example, is punishable by death, all of which are Muslim majority. 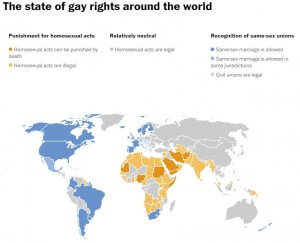 Zakaria features a different and more accurate analogy – one which Sam Harris provides:

… have a play on Broadway like The Book of Mormon [which parodies the religion]. It is currently unthinkable to produce such a play on the topic of Islam. So what do the Mormons do in response to this play? They took out ads for Mormonism in the program, which is just an adorable response. … there is no-one who produced that play who lost any sleep over whether they might be killed, or hunted for the rest of their lives by crazy Mormons. And that is what we have to get to on the topic of Islam.

Zakaria, to his credit, agrees with Harris.

To be fair, Aslan later says something I do agree with:

One percent of the population of America is Muslim. Most Americans don’t know any Muslims. And so it becomes very easy when confronted with extreme acts of violence in the name of Islam, it becomes very easy to conflate that with mainstream, everyday, Islam. We would never make that mistake when we’re confronted with extreme acts of violence or radical interpretations of Christianity because we live in a country that’s seventy percent Christian. We are tribal ultimately. We’re much more likely to forgive the extremes within out own tribe that we are extremes in other people’s tribes.

Full episode of ‘Why They Hate Us’: