Fox News’s ‘The Five’ Piles on Hillary (plus Tweets) 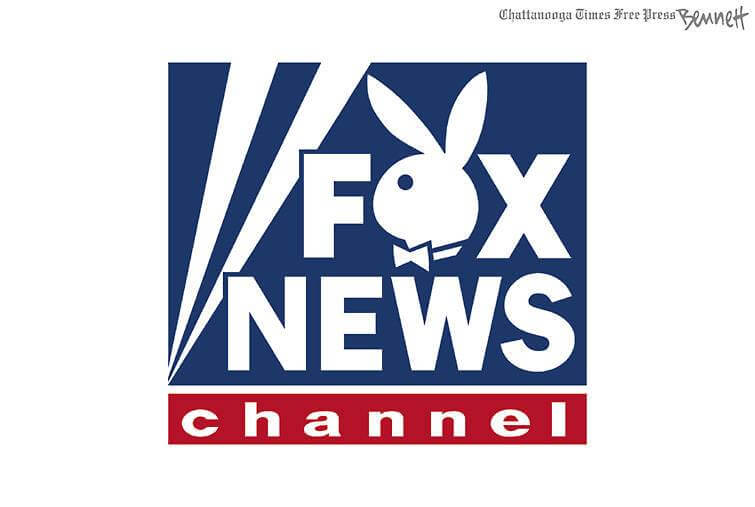 Well, the inevitable happened. My head exploded while watching Fox News‘s ‘The Five’ again today. Why? Well they, of course, used Hillary Clinton’s appearance on the Grammy’s to have a segment criticizing her. You’d think she was posting embarrassing Tweets every day or something.

For most of the segment the words “Hillary’s Hypocrisy” were in the banner across the bottom of the screen. This was at the same time as Jesse Watters, for example, was complaining about Hillary having a sexual predator (Burns Strider) on her staff for her 2008 campaign. That would be the same Jesse Watters who’s spent most of his career at Fox News working for and worshiping Bill O’Reilly.

The other thing that no one on ‘The Five’ mentioned was that Strider was her faith adviser. In fact, they didn’t even name him so people could look him up. Yes, we have yet another religious leader using his position of trust to sexually abuse people. But exposing the bad side of religion is something that doesn’t happen often on Fox News.

And no one mentioned either that the Clinton campaign actually had a process for dealing with sexual harassment issues either. This was more than nine years ago, long before the US #MeToo movement. It’s pretty clear from the stream of resignations and pay-offs at Fox News in the last couple of years that such a process was missing from their policy handbook.

Now, I think Hillary Clinton should have sacked the sexual predator in 2008, not just demoted him. (No one on ‘The Five’ gave the demotion and pay cut a mention of course.) And the way she’s handled things in recent days isn’t great either. She should have said something like, “If I had it to do over again, I would have made a different decision. I would have terminated him.”

(See here for an article in Vox about the Burns Strider incident.)

‘Who’ll flip on Trump?” What’s the bet more than one of them already has?
(Via Ann German.)

Women in Iran are continuing their fight for freedom of choice in whether or not to wear the hijab. It’s ironic that extremist feminists in the West are celebrating women for wearing the hijab while women in countries like Iran are fighting the compulsion to wear it.

This man successfully infiltrated white supremacist groups and caught it all on hidden camera — this is what he found pic.twitter.com/J0unnBw4xD

It seems some Republicans recognize that women have rights too. Or maybe they just want to make sure their mistresses can still get abortions. I am so sick of the anti-women attitude of so many in the GOP.
(Via Ann German.)

When will they get it?

This “warning” about how your friend is going to kick our asses if we don’t do what you tell us is as much of a threat as saying you’ll do it yourself.

Franklin Graham announces Trump’s infidelities are okay because he wasn’t president at the time. So now we know.
(Via Ann German.)

These are gorgeous!
(Via Ann German.)

I think I’ve seen this before, but never mind. It’s cute.

What a special friend!

“I work on the 10th floor of an office tower. I have a friend who stops by daily” pic.twitter.com/wtqyln7IvE

One of these things is not like the others …

So…,what if , instead of thinking about solving your whole life….you just think about adding additional good things.. One at a time….
just let your pile of good things grow???? #MondayMotivation pic.twitter.com/8VCjKZan0V

“YOU DID THIS TO ME” pic.twitter.com/5cCMe0g7lu

There’s a reason cat videos are the biggest thing on the internet. Scenes like this are wonderful.

I love how the tabby is using its tail!

There are two types of cats ???? pic.twitter.com/cd94SScbp5

Every little girl should grow up with cats as sweet as these two ???????????? pic.twitter.com/zxm6RR2bqK

you win life if you cat cuddles with you pic.twitter.com/hFSmmQwk4h