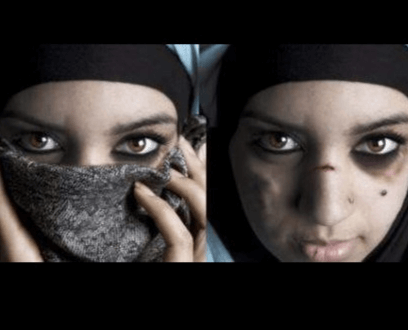 Despite how it may seem from these daily posts, I don’t spend that much time looking at tweets, or on Twitter. There was a time when I did spend a lot of time there engaging with other users, but that’s not the case anymore. Mostly, I got sick of all the nastiness there.

I got very little attention from the bad ones personally. However, being an outspoken atheist means personal attacks are an occupational hazard. It doesn’t worry me when I get those attacks though. I’m confident in my opinions and don’t argue issues unless I’m sure of my facts.

After a couple of years I found Jerry Coyne’s site, Why Evolution is True (WEIT), which I know many of you also enjoy. It was like a breath of fresh air after the frequent hostility of Twitter as the commenters generally debate on the issues and don’t get personal. There are rules of conduct, and Jerry enforces them. As a result, it’s WEIT that’s my first port of call each morning. Now, I look at tweets, but rarely get into discussions.

WEIT is quite good at getting me going on certain subjects though, and that happened again this morning. Jerry’s post: ‘Examples of government-funded Islamic whitewashing in public schools‘ was the cause. I’ve got no problem with people pointing out the good things about their religion, as long as they’re honest about it. The PBS Access Islam module on ‘Women in Islam’ is anything but. Those of you who’ve read it will know exactly what I mean.

Anyway, knowing the effect it would have on me, Jerry sent me a link to a separate article about Feminism in Islam. So I’m all riled up! You’ll be seeing a post about that later today (or maybe tomorrow)!

Bing translation from Japanese: Floral tributes, not dead yet.

This isn’t a tweet, it’s from Facebook. Ann German sent it to me, but it’s so wonderful I had to include it!

She gave birth to all of these! The mind boggles!

Mum surrounded by her kittens pic.twitter.com/QSGTxBR8tz

This is genius! (I’m one of those grammar Nazis. If I see a sign outside a store with a misspelled sign, I can’t buy from it!)
(Via Ann German.)

Well, that’s a new way of taking the dog for a walk!

It’s a wonder he didn’t suffocate in there!

Dog getting out of bed pic.twitter.com/DeL2tRQDjS

Another hedgehog rescue by the special people at SWCC.

This little girl was trapped in netting on playing field. Brought in by finders! Now maggot free, warm, hungry! Small wound but will be ok ???? pic.twitter.com/mNaI7oSJIO

The nut thief was fooled twice!

Tasmanian Devils, Beavers, and a Squirrel.

It was inevitable – multiple state attorneys-general are going to court to try to stop DACA being rescinded. If I was sure of their case, I would have put this in the “Human Rights Tweets” section. That’s where it should be, but I don’t know enough about the legal basis of their claim. It seems to me that too many cases in the US are judged on a political rather than a legal basis.

I’ve written about Mike Pence in the past. In his own way, he’s just as bad as Trump. If Trump resigns or is impeached, this is who the US gets as president, and it’s not pretty.

Anti-Mulan, anti-evolution, pro-cigarettes — and one heartbeat away from the presidency.

This is the story of Mike Pence pic.twitter.com/MIP5MzX6b5

The best way to hit Trump where it hurts most!

This kid knows her stuff! InfoWars is, of course, the channel of Alex Jones.

Here’s one of the occasions where the brilliant John Oliver takes on Alex Jones to show you the kid is right on the money.

An Iranian man standing up for equality for the women in his country. This is the Bing translation from Persian:

I wish this was more than just a GIF, but it’s cool anyway.

How do you wash your hair in space? NASA astronaut Karen Nyberg is on hand to show you exactly how it’s done pic.twitter.com/vX5O7O863y

Spain is another country full of things and places I’d love to experience.

The Sea Door. Taken at the Druidstone a fantastic pub in Wales overlooking the beautiful Welsh coast line. pic.twitter.com/M91hbzupQg

Picasso’s Self Portrait Evolution From Age 15 To Age 90 https://t.co/66apDUELUC

These staircases should perhaps be in the above section!

Just what you always wanted …

These vomit- and beer-proof shoes can withstand any festival pic.twitter.com/CGIe7IGZWK

Tonight, far too many people in #Irma’s path and in its wake. pic.twitter.com/bWQMxae9GV

And more of Irma from space.

The last 4 days of Hurricane #Irma‘s eye as seen by the #GOES16 Advanced Baseline Imager. pic.twitter.com/ppht5XoiSe

Whatever you think of their politics, all these men understand what it means to be presidential. Here, they’re doing just that.

Hurricane Harvey shattered homes and lives. Irma is just as dangerous. Americans lift each other up. Join us to help. #OneAmericaAppeal pic.twitter.com/31tqAoZJkn