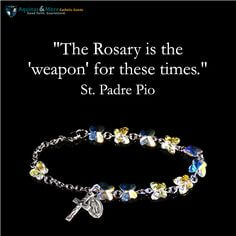 I’m having trouble getting back into the business of searching for tweets every day. I’ve become very slow at it after just a few days off. That was all it took to out of the habit – just like a diet. I forgot to put the last two onto social media as well, among other things. I’ll do my best to get regular again! Anyway, here we go for today.

There’s a well known Maori proverb in New Zealand that reader and website designer Martin Fuller reminded me of yesterday:

That’s something we would all do well to remember. With all the things that are going on around the world right now that mean people are suffering, that’s where our focus should be going forward. If you look after the people, everything else will follow.

One of the biggest natural disasters ever was the Boxing Bay tsunami in 2004 (it’s hard to believe it was that long ago!) Around 250,000 died and millions were in desperate need. Food, and money for food, was in short supply. It was hard even getting to many areas. Plenty were promising help but weren’t coming through with it. People were dying from lack of food just because rescue workers couldn’t get to them.

There was one charity that made it to the area, and it had plenty of money. What it was doing with that money though was not feeding people. It was buying them rosaries. Then, when people said they didn’t want the rosaries, some of the people from the charity became angry with them.

If people are believers that’s important to them during a crisis, but surely they don’t need a rosary to pray? And what good is a rosary if you’re dead from starvation? Who wants to pray to a god that let that happen anyway? Surely he’s not worth it? Tiaki i te tangata (Care for the people)

Aren’t they sweet? If they’re being bottle fed that might mean they have no mother though, so it might be a sad story.

This is definitely an awwwww moment! pic.twitter.com/TuJWvfH4aq

You can never get too many kittens.

I love the way cats leap at their prey. I’ve only seen this once in real life, and it gave me such a surprise to see how they do it.

I’ve seen this before. I might even have posted it before. But it’s such a good video it deserves to go in again.

This is a lovely moggy too.

My girlfriend really wanted me to post a picture of her cat, Mandoo pic.twitter.com/3zfax3oCNA

This is the kitten I want, except I want two.

So small and cute pic.twitter.com/y5TDAfMuuL

This is going to be one of those dogs that insists on walking itself.

Puppy’s first day at home. He looks so happy… pic.twitter.com/GvOk1cY6p1

Make sure you have the sound on for this one to hear what it sounds like when a penguin falls over. (I’m assuming it’s real.)
(Via Ann German.)

When a Penguin falls down…

The question is answered!!!!

I guess that answers the age old question. pic.twitter.com/4gfGMD8IET

What do you do when a mocking jay has sore feet? Make it shoes of course!

Little Injured Bird Receives Tiny ‘Snowshoes’ And Gets Back On Her Feet https://t.co/AUgd0xd9MV

I could find piles of old family photos that look like this, but it’s more exotic when it’s another country.

I’m not sure whether to put this one in Scenic Tweets or Science Tweets, but they did it for the tourists, so here it is!
(Via Ann German.)

In an unbelievable bid to increase tourism in China, a local village planned an enormous QR code consisting of over… https://t.co/5Mn4WBIi0E

Santorini again, looking just as lovely as ever.

Oh wow! It’s almost worth becoming a Muslim to see inside all these gorgeous mosques. Of course, I might have to become a man as well to see some of them.

Look. Then look again. Then try and get your head back in order.

Another example of the appalling situation in health in the US.

‘I was a Republican all my life until the Affordable Care Act saved my life.’ pic.twitter.com/F4hBaMwsJo

I know I’ve posted some stuff about this before, but I think it’s important to point out this aspect of Trump’s speech on Africa.

“I have so many friends going to your countries, trying to get rich.” – President Trump to African leaders at the UN pic.twitter.com/GSsl3BiZ3r

It’s only bad when Hillary Clinton does it.

Today I’m supporting Colin Kaepernick and freedom of speech, which all began with Trump mouthing off again.

President Trump bashed ‘son of a b*tch’ NFL players for kneeling during the national anthem to protest racism.

Here’s how they answered pic.twitter.com/E3NE1MzjcL

Are you watching Mr Trump? This is what a real man acts like.

Dolphins safety Michael Thomas started breaking up when talking about Trump calling him “a son of a b!tch.” pic.twitter.com/Z4wroPcvzW

The next three came from Ann German, then there are some from me.

Richard Sherman​ wants to address how the President is dividing the country. pic.twitter.com/lWQhR0ARpZ

The singer of the national anthem at the Detroit Lions game today ends on one knee, fist in the air pic.twitter.com/hCeWWjpmQa

Some people can no longer stand for the national anthem. #Kaepernick pic.twitter.com/dXf7iaHYOG

There are a lot of hypocrites out there. #Kaepernick isn’t one of them. pic.twitter.com/dmj29ALyCn

Freedom of speech is the most important right in a democracy. #Kaepernick pic.twitter.com/NpBVIIben3

So much for the land of the free. #Kaepernick pic.twitter.com/BNTNjjCDZK

The right to freedom of speech was hard won. #Kaepernick pic.twitter.com/b8UGJ8tvEj

Kaepernick’s mum’s reaction to her son being called a “son-of-a-bitch” by Trump.

Guess that makes me a proud bitch!

The people of the Caribbean are having a really tough time.

Millions in Puerto Rico have no electricity.

Meanwhile, Trump is tweeting about football and congress is trying to pass Graham-Cassidy. pic.twitter.com/tKyM8zuxMV

Black folks just can’t seem to find a way to protest that is acceptable to white supremacists. #TakeTheKnee