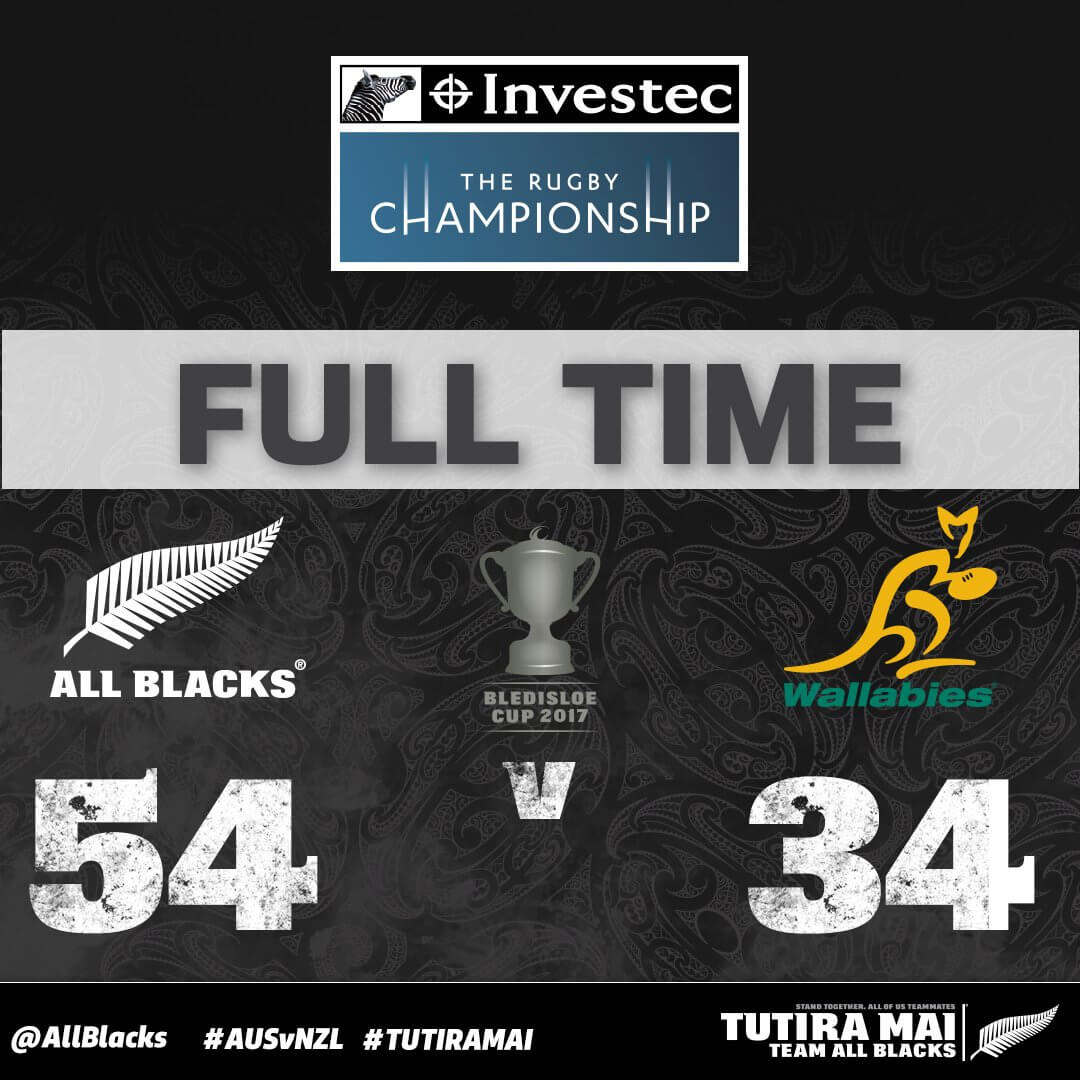 Fifteen days of top tweets and counting. There are a lot of tweets from the Life on Earth account today, as it’s one that I enjoy very much. Often when I go there I end up stuck there for some time! You can see why below.

The All Blacks beat the Wallabies (Australia) in a rugby test last night hence the indulgent featured image. It was a great game. The only problem was that is was in Sydney, so I was up until after midnight. I’m really not up to that anymore, even when it involves just sitting in front of the TV! I don’t have a TV in the bedroom, though I’m not sure that would make much difference. It’s making my typing very slow today because I spend so much time going backwards to fix typos!

I also couldn’t resist putting in some rugby tweets. Did I mention is was a great game? 😀

There’s been a big scandal in Aussie politics in the last week with the discovery that their deputy prime minister Barnaby Joyce holds NZ citizenship, making him ineligible for parliament. That’s happened to several MPs in Aussie opposition parties recently, and all have resigned or temporarily stood down (to sort out dual citizenship issues) but when it’s a government MP and they have a razor-thin majority, it’s a different story. That’s him in the centre of this picture playing rugby.

He didn’t make the team though! 😀

Here is your #AllBlacks 23 to take on Australia in game one of the Investec #RugbyChampionship this Saturday.

And one of the tries. I won’t put them all in – we scored eight, which is a lot for those who don’t know about rugby, especially against a top side like Australia.

Damian McKenzie gets his first #AllBlacks try to start the try scoring early in the second half. 6-47 pic.twitter.com/cS7gUE8bbq

RECORD SCORE! The #AllBlacks have broken their previous highest score of 51 against Australia. #AUSvNZL #BledisloeCup pic.twitter.com/PARPiH6ad4

Instant Karma Can Knock Your Lights Out pic.twitter.com/eiVhIAy0dr

What a lovely cat!

I Swear My Keys Were Right Here pic.twitter.com/THFwax4dtQ

This dog is letting the side down!

Kind Postman Writes Personal Letters for a Dog Who Loves Getting Mail https://t.co/scXaXaAQ6y

I love the look of that house too …

This dog’s life is better than mine… pic.twitter.com/nQhst4YLyC

He made a new friend at doggy day care… pic.twitter.com/IHLWNbn6wW

This Ostrich Snuggles Orphaned Elephants To Make Them Feel Better After Losing Their Moms https://t.co/rWfSGcyFrj

Great pic! I didn’t know that about squirrels either.

Squirrels wears a perfume that smells like a snake to keep them safe from the predators. pic.twitter.com/oheLmdEkOF

An Elephant Got Caught on Security Camera Picking Up Trash and Putting it in a Garbage Can pic.twitter.com/zXOn4X6l95

You have to admit, it is pretty funny looking …

You Can Literally See Through the Head of This Fascinating Fish https://t.co/48AIfVeUvt

I would assume turf roofs are great insulation, which would be important in Iceland!

I thought it was Machu Pichu at first glance, but it’s half a world away in Turkey …

Imagine building this! To be honest, I can’t really. Even today it would be incredibly difficult.

Okay, now there’s another place I want to go!

Terrifying 4,600ft Glass Walkway Opens In China, And Just Looking At The Pics Will Give You Vertigo https://t.co/wSz2TOrOut

Mexico’s Pink Lagoon. I didn’t know about this until today. Now I want to go there too.

Naturally Pink Lagoon in Mexico Is The Most Instagram-Worthy Place To Be https://t.co/2jXB6XAWbe

Here we go again, adding to my bucket list. We have lots of lovely hot springs in New Zealand, but they, of course, don’t seem exotic to me. I love them, and swim in them when I can, but the grass is always greener etc.

I believe this is somewhere in California? I have Calla Lilies in my garden, but it doesn’t look like this!

Venice is already on the bucket list, but this makes me want to go there all the more …

Science does it again. Don’t pray for water, ask a scientist for help.

Not who I’d take a picture with, but then I’m not a Republican politician. And I don’t care if some of you like him – Julian Assange is an a$$hole.

Jeremy Corbyn’s regressive leftism are going to destroy him if he isn’t careful. It’s doing things like this that make it unlikely he’ll ever be prime minister.