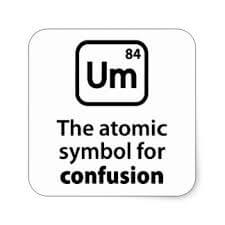 Reader Nicky asked me yesterday whether these daily tweets posts were going to be a regular thing. I haven’t decided for sure yet.

I’ve kept them going for almost a month now, but there are several things to think about.

On the one hand they’ve been good for getting me into the habit of writing something every day. I’m developing a routine, and writing my opening comments are enforcing some discipline

Discipline was never really a problem though. The problem is that the more pain I’m in, the less well my brain works. However, I can lose several dozen IQ points and still be capable of getting out a tweets post. They require a lot less thought.

On the other hand, on days when I’m able to do proper writing, these posts take up time when I could be doing that. The length of time I can write for is pretty pathetic in comparison with a “normal” person, even when I’m at my best.

But, I’m hoping that long-term these posts will build up my capacity. Then, I’ll be able to do more “proper” posts. It’s way too soon to tell whether that’s the case or not. Only time will tell.

Mostly though it’s up to you guys. Do you want me to keep them going? Are you enjoying them? Is there something else you’d like to say about them? Let me know what you think.

And now, on with the show!

What a special pic. ☺️

When you’re cold but your friend is there for you… pic.twitter.com/LXibDh0rG8

Yet another unusual cat sleeping position.

I love how cats fill up containers the same way water does.

And it’s not just domestic cats that do it …

i cannot believe “if it fits, i sits” transcends boundaries in this way pic.twitter.com/odW19V3kMX

I’ve never seen colours like this before. Isn’t it gorgeous?!

The Owl and the Pussycat in real life!!!

Check out these unlikely friends! https://t.co/JybQRUL5Nu

This pitbull wouldn’t leave the shelter without the chihuahua he was protecting, so the owner adopted both! pic.twitter.com/NqsdJLeiYW

What happened to walking the dog?

#Gasshortage Thank God I have a totally sustainable car pic.twitter.com/ic4GqMkdV3

Okay, this is one of my favourite tweets ever, and there isn’t even a cat in it!
(Via Ann German.)

Some great video of a water vole feeding, with bonus ducks at the start. As Amy says, check out those cute wee paws!

Little Water Vole:#Nature #RatedAwww
Take a close look at the Water Voles front paws from 2:24 in the video:
–https://t.co/l7uScT9fpM

This aquarium, which I think is in Florida, looks like a cool place to visit.
(Via Ann German.)

Spend your #LaborDayWeekend with the cutest rescued animals around! Each visit helps us complete our mission of rescue, rehab & release! pic.twitter.com/xxkV6aCQL8

Ha ha! Is this the right section for this tweet?
(Via Ann German.)

This is from a couple of weeks ago, but it’s too good to leave out! 😀
(Via Ann German.)

*This* is a good use of taxpayer money? https://t.co/4HgyJbDYeh

Now this is interesting! I’d love to know what they’re burning!

I’d never heard of these gardens, but now I want to go there.

If you’re a garden lover, the NZ Flower and Garden show is one of the best in the world, and I’m not just saying that because it’s my country. If you’re visiting NZ, it’s a good idea to come when this show is on.

NZ Flower & Garden Show will treat visitors to a floral and horticultural spectacular!

This is another great flower show here.

That’s the way to smell flowers! Just stick your whole head in there!

There are some things that Black Lives Matter do that I don’t support, but I do support their goals. The Alt-Right are always focusing on the small number of bad actions to try and disparage the whole movement. They lost big time on this occasion! Lying never works you a$$ho£€$, especially online. You will get caught. The moral victory lies squarely with Black Lives Matter this time, which left me grinning …
(Via Ann German.)

I never thought of it this way! Great meme!
(Via Ann German)