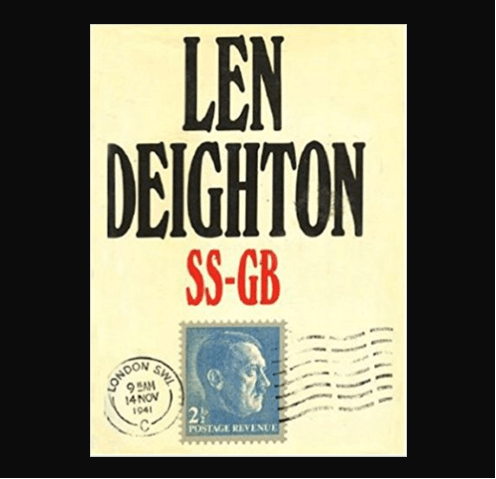 Despite the plethora of subjects available, I couldn’t think of a topic for the homily on today’s tweets post. So instead I thought I’d bore you with the workings of my mind.

One of the things I do when I’m feeling sorry for myself is wonder what the lives of the Heathers in other realities are like. It never lasts more than a few seconds as my mind usually drifts elsewhere quite quickly.

Yesterday it went somewhere it hasn’t been before. I think it was the result of finally finishing a post about Donald Trump I’ve been writing for some time and watching two, hour-long interviews of Hillary Clinton in the last two days.

What I wondered is how common Trump winning the 2016 election was in other realities. Some things I think are such big events, like World War II, that the general fact of them occurring is likely pretty common across realities. There’s a theme in fiction of wondering what it would be like if Germany won. The recent excellent mini-series SS:GB based on the 1979 Len Deighton book is an example. (It got 93% on Rotten Tomatoes, so it seems a lot of people share my opinion.) I also recall seeing episodes of various Sci-Fi series where the heroes are transported to alternative realities where Germany won the war, or is winning it to the point that they’ve occupied the US.

I wondered if what we’re living through – Donald Trump as nominal leader of the Free World – is something that’s scary fiction or comedy in other realities, and how they imagine it will turn out.

Then I thought about determinism, and how despite what we think, we can’t really choose to act any differently than we do. If that’s the case, it’s the same for everyone and everything. Therefore, are there really alternate realities? Is the whole subject moot? Or are all the other realities exactly the same as ours?

Now someone will comment that my lack of understanding in science means I haven’t a clue what I’m talking about and I’ve got it all wrong. Oh well.

I don’t remember where I stole this from. Sorry.

I Re-tweeted this yesterday …

Please spay and neuter your cats.
You know it makes purr-fect sense ! pic.twitter.com/XceHN6LHOo

And got this response …

my office kitteh, approves of this although she’s looking a bit disapproving pic.twitter.com/nS8Bc6qMGu

She’s got it wrong! Cat’s are too smart to believe in horoscopes. I think the look is shock that someone made a life decision based on a horoscope!
(Via Ann German.)

I told you cats were smart! They’re into books from an early age.

“Were you looking for a book?” pic.twitter.com/VCad4vlRCD

Every cat caretaker ever can relate to this ..

Stop what you’re doing and play with me! pic.twitter.com/7nJYwNJTZS

Isn’t love grand?! It’s at moments like this I wish I could speak dog.

George Takei is one of the best people and accounts on Twitter. I recommend following him!

Trump the candidate said he had zero Russia ties, even while secretly negotiating for Trump Tower in Moscow. Piece it together. I’ll wait. pic.twitter.com/9D5cQ9n3iN

I’m really pleased that President Trump is doing the right thing by the DREAMers. Good on him. His followers aren’t so happy …
(Via Ann German,)

The right-wing is handling the news well, I see…#DACADeal pic.twitter.com/dgLXQMwZk2

Brilliant!!! I always like to see people like this have reality told to them calmly and clearly.

‘I am on the side of the working person’ — this congresswoman had the best response to a CSPAN caller’s anti-immigrant rant pic.twitter.com/kT2h5vH4xj

This is the best one ever pic.twitter.com/pUDUO2Gz6J

Watch this amazing video map on full screen to fully appreciate it.

World War II in Europe: Every Day https://t.co/e9bOH4deUh via @YouTube

What a gorgeous spot! What a view to wake up to each morning! It must be amazing.

Santorini is so beautiful! It’s been on my bucket list since I was a kid and we’d never heard of “bucket lists”.

Wow. Just wow. I don’t know what to say. They actually have a section for this? And why doesn’t is surprise me that they align so closely with the gun nuts?
(Via Ann German.)

This is the most interesting nugget in that story about Facebook selling ads against the “jew hater” category https://t.co/L8xE0iWdJh pic.twitter.com/d9Jd5CyY3Z

I know nothing about wrestling, but these women sure look like they know what they’re doing!
(Via Ann German.)

The scum of the earth – looters. And WTF do they want with a utility pole? That’s some serious inadequacy these guys have got going on! Their dicks must be minuscule!
(Via Ann German.)

This is very true. Where would we be without them?