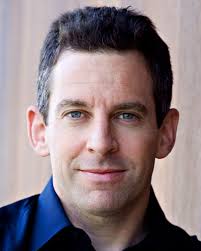 Regular readers will know that one of the most frequent commenters here is Paxton Marshall, a retired professor, most recently of the University of Virginia. He and I (and other commenters) disagree a lot, and the topic of that disagreement has often been the opinions of Sam Harris. Nevertheless, his comments are always welcome and interesting.

On 15 November 2015 following the Paris terrorist attacks, Sam Harris posted a podcast on his website entitled Still Sleepwalking Towards Armageddon. This was an update of a post he’d done in September 2014 following the murder of US journalist James Foley called Sleepwalking Towards Armageddon. Harris included a full reading of his September 2014 post in the November 2015 podcast, so nothing was lost for those who had not read the earlier post.

Paxton wished to discuss Still Sleepwalking Towards Armageddon as part of the ongoing discussion several of us were having as part of the comments on one of my posts. However, the rest of us felt that we’d been over all the issues already in the thread. So I decided to give Paxton the opportunity to give us all his take on the issues Sam Harris brings up. He very bravely took me up on the offer, and here are his thoughts.

CRITIQUE OF A BLOG/PODCAST BY SAM HARRIS

The 2016 US Republican presidential candidates exemplify the hysteria over Muslims and Islam that has been sold to the American people since 9/11/01. One candidate wants to bar Muslims from entering the country. Most of the others want to step up our already horrific military assault on Muslims, through indiscriminate cluster bombing designed to kill a maximum number of people, and/or repeating the George W. Bush experiment of “putting boots on the ground”.

As always the drums of war are being beaten by the war profiteers (what Eisenhower called the “military-industrial complex”), and their minions. Their methods are fear and greed. Fear of terrorist attack. Fear of Sharia law. Fear of a world caliphate. Greed for the profits of arms dealing, service contracts, oil and war. Their audience is primarily the Republican party, the business wing that seeks profit, and the evangelical Christian wing, which can be riled up to oppose a rival, and therefore “false” religion. But Democrats and liberals are susceptible to the fearmongering as well, as exemplified by the likes of Hillary Clinton and Christopher Hitchens, who supported the Iraq invasion.

In 2014 following the murder of journalist James Foley by a British jihadist Sam Harris published Sleepwalking toward Armageddon on his blog. In November 2015, following the Paris attacks that killed over 130 people, he produced the podcast Still Sleepwalking toward Armageddon. The podcast includes Harris reading the earlier piece, so you can get both in one, or if you prefer print you can read the original post.

As the titles indicate, the tone of the pieces is apocalyptic. Harris believes that radical Islam is an existential threat to civilization, and western enlightenment values:

The fight against jihadism and Islamism is a generational fight waged for our children and children’s children.

Granted that the two pieces were written in the wake of terrible atrocities, that conclusion seems panicky. It reminded me of the Communist scare of my youth instilling the fear of world communist domination in generations of westerners. No Islamic entity or possible combination thereof has anything near the military power to threaten the western alliance of the US, UK, France, Israel and others. If we want to be afraid we should fear the nuclear capabilities of Russia and China. Maybe Harris was referring to the danger of radicalized Muslims within western societies, (he calls it a “failure of muliticulturalism”, suggesting support for a Trump-like exclusion of Muslims from western societies) but as Lawrence Krauss has pointed out in the New York Times ‘Thinking Rationally About Terror‘, that fear too is vastly overblown, with the total deaths from terrorism in the US, even including 9/11 accounting for an almost insignificant portion of the deaths since then. It may not be Harris’ intention, but he is contributing to the constant chorus of fearmongering that gave Bush/Blair the support for the Iraq invasion, keeps Netanyahu in power, and is a major theme of the Republican presidential debates, where one candidate tries to outdo the next in promising ever more military attacks on Islamic peoples.

Harris’ is intent on convincing his readers that the doctrines of Islam, not any real world grievances, are the cause of Islamic terrorism. He asks:

Which will come first, flying cars and vacations to Mars, or a simple acknowledgment that beliefs guide behavior and that certain religious ideas—jihad, martyrdom, blasphemy, apostasy—reliably lead to oppression and murder.

… not people motivated by ordinary political, economic, or even tribal grievance. The real engine is religious ideology, sincere belief.

Harris is scathing in his contempt for academic researchers (“a large industry of obfuscation”) who find other reasons, most importantly western imperialism, for the attacks. Harris:

… these experts [academic social scientists] claim that one can’t take Islamists and jihadists at their word: Their incessant declarations about God, paradise, martyrdom, and the evils of apostasy are nothing more than a mask concealing their real motivations. What are their real motivations? Insert here the most abject hopes and projections of secular liberalism: How would you feel if Western imperialists and their mapmakers had divided your lands, stolen your oil, and humiliated your proud culture?

First, why should we take Islamists and jihadists at their word? Do we take murder suspects in the US at their word? But more seriously, how can anyone dismiss, without even feeling it necessary to argue the point, ongoing western imperialism and slaughter of Muslims as a cause of Muslim attacks on us? Is it only the “abject hopes and projections of secular liberalism” that see the thousands of innocents killed in the Iraq and Gaza invasions as a motivation for retaliation? Is Harris unaware that in the past century the West has inflicted far more oppression and murder on Islamic countries than they have inflicted on us? In Gaza alone in 2014 Israel killed more Muslim civilians than all the Muslim attacks against the west since 9/11. The US/UK death toll in Iraq dwarfs even the 9/11 murders. We have helped to overthrow elected governments in Iran and Egypt. We have propped up brutal dictators. We have murdered political leaders. After WWI Britain and France appropriated large portions of the Ottoman Empire, largely for their oil supplies. After WWII the west carved out the nation of Israel as a western outpost against the wishes of the majority Muslim population. Our Iraq invasion and continued meddling in Muslim countries is a large factor in the chaos in the middle east today.

Dismissing these provocations as “obscurantism” suggests a deep cultural bias. This bias is confirmed by the following astounding claim:

Despite all the obvious barbarism in the Old Testament, and the dangerous eschatology of the New, it is relatively easy for Jews and Christians to divorce religion from politics and secular ethics. A single line in Matthew—“Render unto Caesar the things that are Caesar’s, and unto God the things that are God’s”—largely accounts for why the West isn’t still hostage to theocracy.

Is there any evidence that a single line of scripture has such power? If this comes from scholarly authority, Harris doesn’t cite it. How does he account for the fact that until the enlightenment, Christianity was integral to politics and secular ethics, in Western countries, and still is today for many. His claims for the overwhelming influence of religious texts, and insignificance of actual historical events flies in the face of both evidence and reason. He admits that Jewish and Christian scriptures are as violent and misogynist as Islamic scripture, but thinks a single passage of scripture is what has saved the west from jihadism? Harris seems to understand religion only through a literal reading of religious texts and not through the history of religious practice, which demonstrates that religious people routinely select the texts that support their purpose at the time, and ignore those that don’t.

Harris criticizes President Obama and others for not using such terms as Islamist jihadist in describing terror attacks against the West:

But today, we won’t even honestly describe the motivations of our enemies. And in the act of lying to ourselves, we continue to pay lip service to the very delusions that empower them.

No Sam Harris, the real lie to ourselves is that we won’t (or can’t) honestly describe our own motivations. If we can’t recognize the greed of the oil companies and war profiteers in motivating our invasions, and yes, the influence of Christian and Jewish religious beliefs in anti-Muslim bigotry and justifying bombing, occupation, appropriation and other atrocities, how can we claim to understand the motives of our enemies?

Sam Harris doesn’t seem to understand his own motivations for his obsession with the dangers of Islam. Is it American exceptionalism? Is it his Jewish heritage and identification with Israel? Why does he single out Islam and Muslims for criticism, and ignore the terrorism inflicted on the Rohingya Muslims by Myanmar Buddhists, or the oppression of the Xingjian Muslims by the Chinese atheists, or Western terror in Iraq, Gaza, and Syria? Over and over one encounters the assumption that Western lives are worth more than Muslim lives. Charlie Hebdo is an atrocity but the Iraq invasion was a mistake, and the innocents killed and maimed are just collateral damage. Harris:

The idea that our enemies are sufficiently like ourselves and won’t set world on fire is delusion. … If you think there might be two sides, you have not understood what war is about. … ISIS a death cult, barbarians, savages, scarcely human.

When you portray your enemies as “scarcely human” you can justify any methods to defeat them. The practical result of Harris’ apocalyptic fearmongering can be nothing else but to spread fear among the people and provide support for the warmongers and “right wing Christian fascists” who, according to Harris, are the only people who have the “moral courage” to see the real problem. Harris is right that ideas have consequences, and should be asking himself how his ideas contribute to the slaughter inflicted on Muslims by overwhelming western military superiority, rather than on desperate acts of retaliation by people the west has exploited and brutalized.

Many thanks to Heather for inviting me to post this essay. Needless to say these are my opinions, not hers.